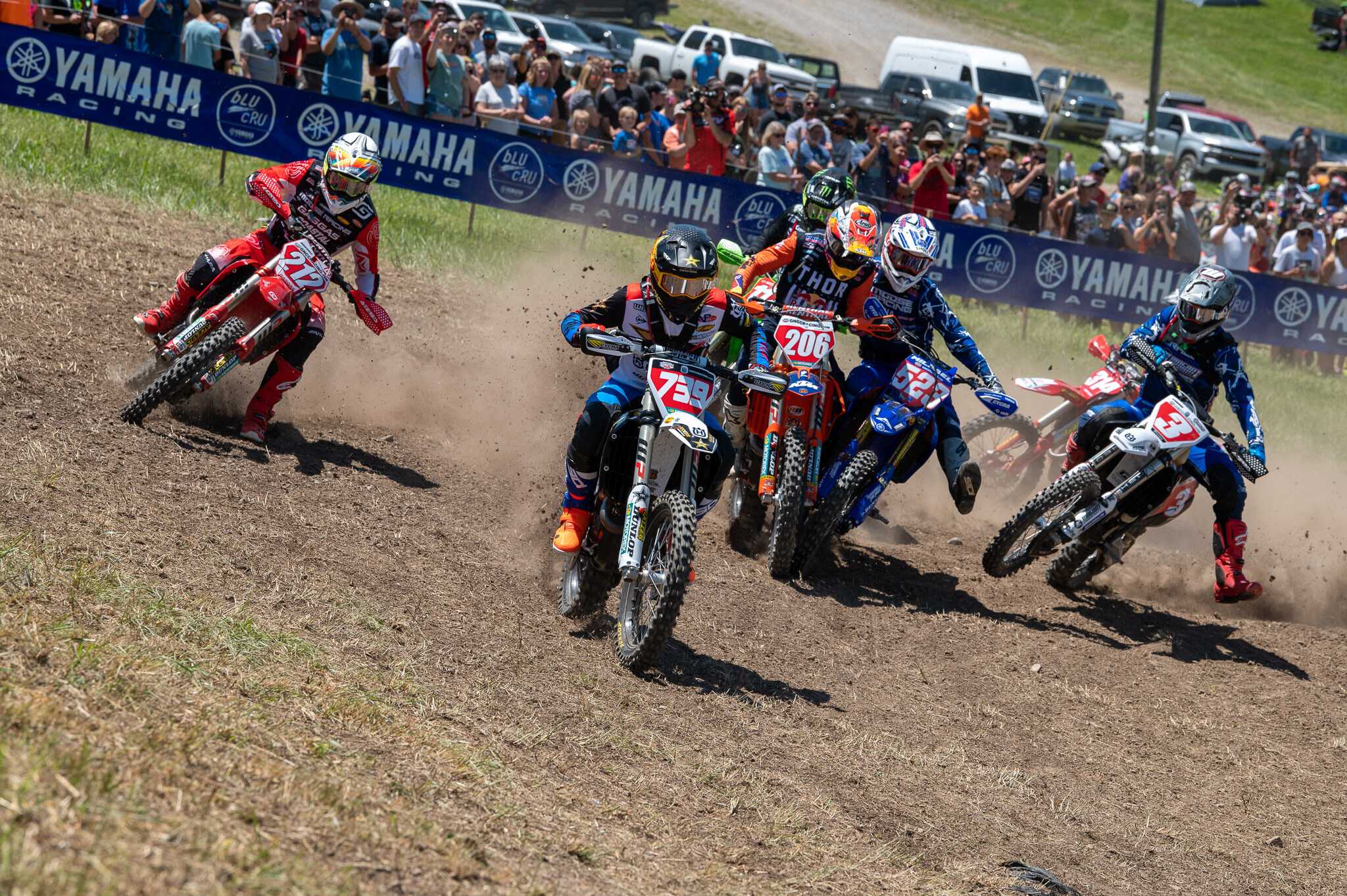 Another week down and here we are rolling headfirst into the final GNCC event before summer break and it’s a big one. This weekend’s Snowshoe GNCC is already taking shape to be a great weekend full of racing on a rough, rugged and grueling racecourse. While this year might be one of the drier weeks we’ve seen leading into Snowshoe, the numerous springs throughout the mountain still add that little bit of mud that Snowshoe is famous for, and of course there’s more than a few rocks out there to contend with.

Just like last week’s edition of Quick Fill where we were wide open heading into last weekend’s High Point Pro Motocross National, this week is more of the same as we’re wide-open heading into Snowshoe. So, once again this week’s edition of Quick Fill will be a little on the short side, but of course we’ll still squeeze in the full low-down on what to expect out on the racecourse this weekend. Before we get to that, here’s a few things to remember for the weekend as a whole…

First, there is NO MICRO RACING at Snowshoe. This means we’ll move the Youth ATV event up to 8am Saturday, the AM ATV event to 10am, and the PM ATV event to 1pm. There is also a full lineup of live music, plus our buddy DJ Judd playing all throughout the weekend. We have several different acts that will be playing at different times both Friday and Saturday evenings, so be sure to check the schedule page for all the info.

The ePeeWee Stacyc race will actually be taking place on FRIDAY evening at 6pm instead of Saturday as usual, and that will take place in the village. There will also be the ISDE Golf Tournament, which you can find more info on HERE. Also, as usual there will be Yamaha Demo Rides at the bottom of the mountain near the Ballhooter lift, plus GNCC Graduation which you can still register for HERE, and The Pride of West Virginia WVU Marching Band will once again be performing at the starting line.

That’s just what is happening outside of the racing itself! As for the racecourse, it’s actually very similar to last year with a few changes here and there. You’ll start on the road once again and bypass the finish line off the start and head out on a full lap right off the start. You’ll run about a mile of faster trail up and down some ski slopes before dropping down the long downhill to the infamous Howard’s Hole. Once you pick your way through all the rocks, mud, roots and slop, you’ll pop back out on the ski slopes once again and bounce back and forth between ski slopes, very rocky woods sections, and more ski slopes again.

These sections will bring you past both the two and three mile marks, and just past the three you’ll pick up a long ski slope climb up the mountain. We haven’t used this section in a number of years, but it’s the Widowmaker slope that brings you up to Top of the World. It bounces in and out of the woods a couple of times before you reach the top where you’ll cross over the paved road and head out on the western side of the mountain at the four-mile mark.

From the four to the five is a long section where you’re working your way down the side of the mountain. It’s a lot of gradual downhill through roots, then rocks, then more roots and rocks mixed together. At the five-mile mark you’ll cross over a short field section and drop downhill even more and out onto the large plateau. You’ll head through a flowing section for a bit before hitting the Zach’s Dizachster rock garden, which is a downhill section chocked full of rocks! This brings you onto another flowing trail for a bit passing the six-mile mark where you’ll work your way slightly back uphill for a bit through, yes, more rocks.

This brings you to yet another long, downhill rock garden section known as Braelynn’s Boulders. The PM bikes will have a special addition in there called Braelynn’s Revenge and it has even more rocks, that are even bigger! Once you make it out of there, you’ll pass the seven-mile mark where you’ll get a bit of a break for a bit and pick your way through some smaller rock sections for a while, passing the eight-mile mark along the way. About eight and a half, the PM bikes will pick up another special section that adds yet another rock garden we’re calling Colby’s Cobblestone Trail.

The ATV races and AM bikes will head through a wider trail that goes straight up a hill while Colby’s Cobblestone Trail will work its way through the rocks and tie back in at the same hill. This hill brings you up to the nine-mile mark and back to a faster section where you’ll head up to the ten-mile mark and begin the long climb back up the mountain. At the top of that long powerline hill, the AM races will turn right and the PM races will go even further uphill to head over to the pro pits before coming back down to the same road.

This road leads you up to cross the paved road once again at the 11-mile mark where you’ll head back out onto the ski slopes once again and head over to the finish. Overall, it’s 12-miles on the dot, and just a hair longer for the PM bike racers who will head into those additional rock garden sections.

It’s shaping up to be a great weekend on the mountain, so if you’re on the fence about coming, get off and start the trip now. That’s going to do it for this week’s edition of Quick Fill. Enjoy your weekend and we’ll see you at Snowshoe!