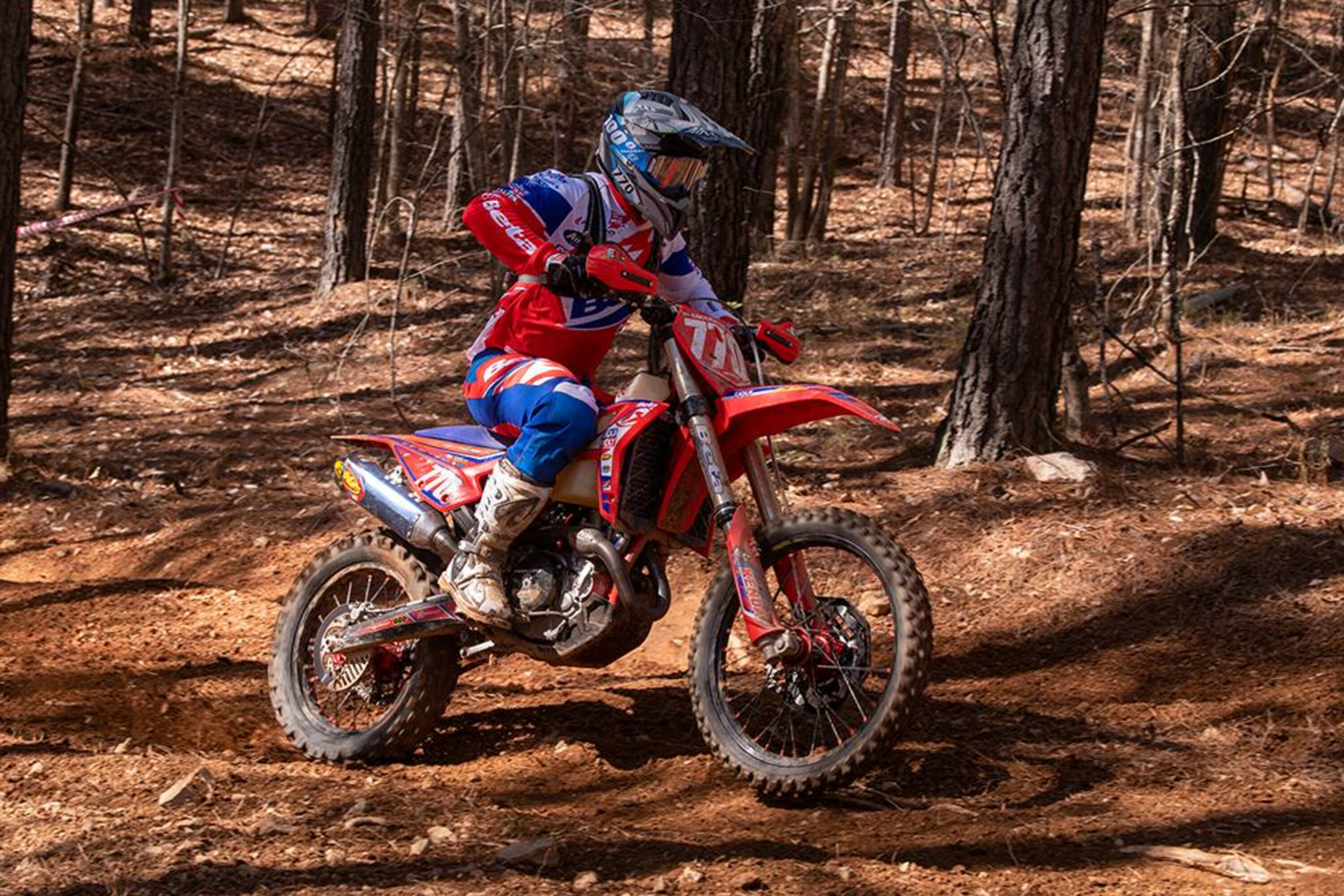 The season opener of the GNCC was held at Big Buck Farms in Union, South Carolina. The weather and conditions were the best in recent memory, making for a great kick-off to the series. Steve Holcombe, Beta Factory rider from the UK, got the first GNCC race under his belt. Riding in unfamiliar conditions, Steve was able to survive the three-hour race with a top ten finish and gained the knowledge of what it will take to improve on the result at the next round. In the XC2 class, Jon Johnson and Evan Smith battled each other and the field. Both were making their way through the race and challenging one another for every position but a setback for Jon and a crash for Evan caused them to finish 6th and 7th respectively. In the XC3 race, Jay Lipscomb had a 9th place finish, though that doesn't truly reflect his racing on the day. The team will regroup, make adjustments, and be ready for the next round in a couple of weeks in Florida.

"Rough day for me and disappointed with my riding. I was pumped up from the get-go but struggled to physically hold on to the bike. I wasn't expecting it to be that rough and my setup was way off. Hats off to the guys ahead as 3 hours of racing hard around there was not easy! I'm excited to get to Florida with some better preparations. Big thanks to the Beta USA crew for the support."

"I got off to a rough start but I worked my way back up to the front and was fourth with two laps to go. I ran into an issue that dropped me back to 6th, where I finished the race."

"I had a good day at round one and felt really good on my bike. The 250 RR was working really good for me. A few crashes and minor issues kept us out of the podium hunt. But once we clean a few things up we're going to be right where we want to be, up front!"

"Round one was a good learning experience to figure out the bike in race conditions. The results may not show due to some unforeseen circumstances out of our control, but the bike worked good and I'm ready to give it another shot in two weeks."