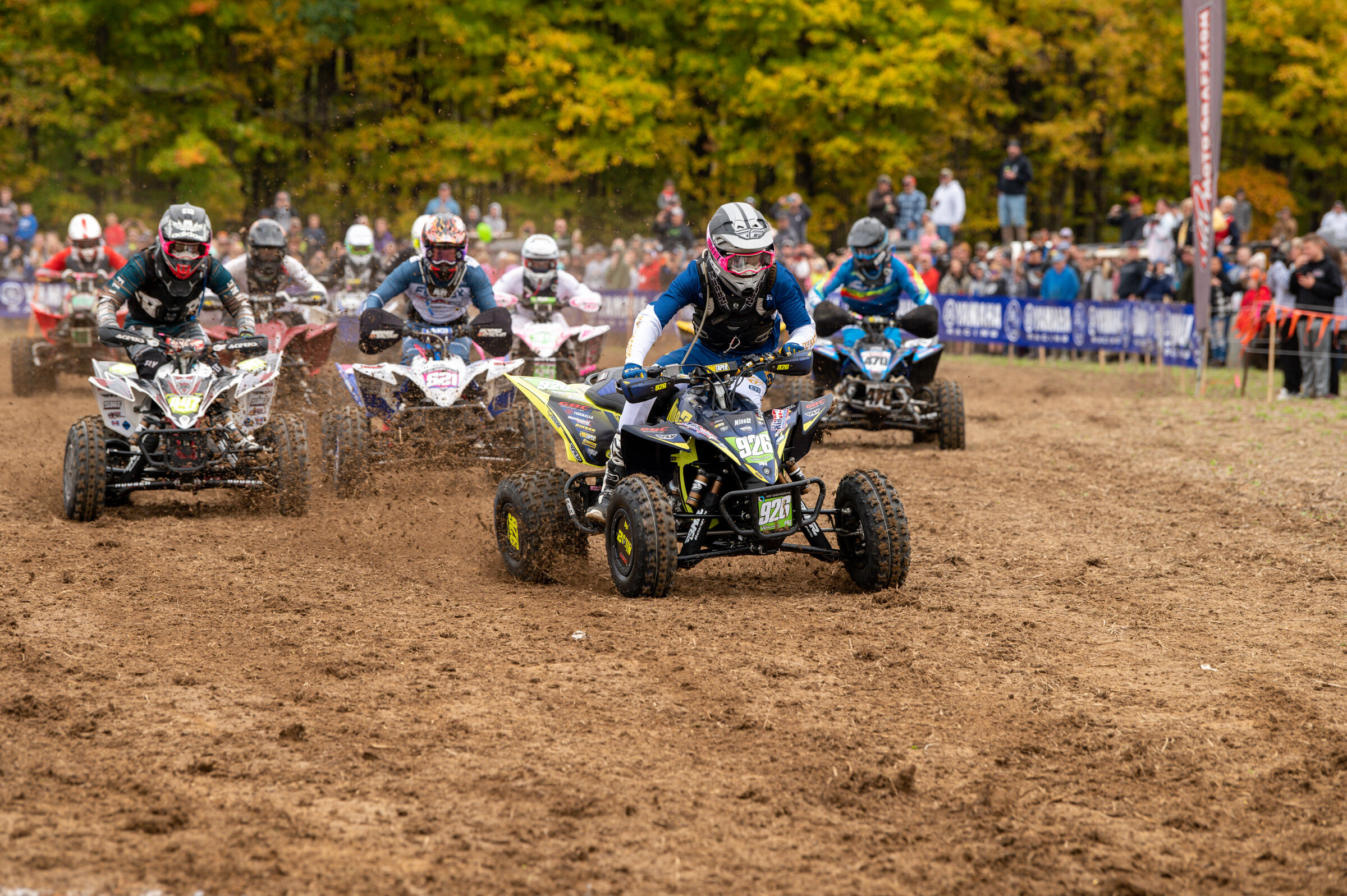 With the banquet in the books, you can officially close the book on the 2021 GNCC Racing season, and what a year it was! With some tight racing from, well, pretty much everyone and more people than ever getting in on the fun, 2021 goes down in the record books as the biggest season the GNCC series has ever seen in its 47 seasons of existence. Last weekend’s banquets were a great way to put a cap on an amazing season as it seems like everyone there really had a great time.

Now, we do know that it seems to really drag on late into the evening and not everyone is looking to stay up late. So, we’ve already had some internal discussions on possible banquet changes for the future. This is probably something that won’t see a final decision until later in 2022 but just know that we’re looking into ways we can keep the actual presentation from running past midnight.

The biggest question I got throughout the banquet weekend (other than “can I pick up my friend’s trophy”) was regarding the location of the TBA event on the 2022 schedule. We’re still working on it and have a few irons in the fire. As soon as we have a solid decision, we’ll let you know. But again, as I’ve said for lots of editions of Quick Fill, if you have 500 or more acres with somewhere around 100 acres suitable for parking, preferably in the southeast, drop me a line at [email protected] and let me know what you’ve got.

Also speaking of the banquet, if you didn’t make it and still want your award, make sure you fill out the request form. There is a shipping fee, and we’re not able to transport these to the opening rounds of the season because, well, there’s SO much other stuff that needs transported chances are they would break! So, get all the info and fill out the form HERE. The deadline is Wednesday January 5th at 5PM, so don’t miss out!

Our buddy Ken Hill will not have a contribution this week as he’s spending a few days in Pittsburgh for various tests and evaluations as he waits to hear a solid date for his liver transplant. So, keep Ken in your thoughts and prayers as he inches closer and closer to finally getting that liver he’s been needing. We’ve also heard that the famous “Pickle Man”, Corey Benton, is facing some tough issues as well. Corey has been diagnosed with cancer and is starting chemotherapy and radiation immediately. Steward Baylor is hosting a ride day at his track, The Shoals MX, in South Carolina the day after Christmas as a fundraiser to help out Corey and his family and there’s a PayPal fundraiser as well. You can get all those details HERE.

Things are really quiet on the silly season front as it sounds like the overwhelming majority of the pro riders are back doing what they’ve been doing. Now, if you remember, Chris Borich showed up at Ironman on a Yamaha but in typical Borich fashion he’s stayed incredibly quiet over the off-season and chances are you won’t know what he’s racing for sure until he lines up at the first race. Other than that, it seems as if the top ATV guys are sticking with what works for them, with just a few minor changes to their programs. Cole Richardson has teased at a new sponsor but has yet to make an official announcement so we’re keeping an eye on things there as he sounds really excited to let everyone know.

On the bike side things really do seem to stay the same with the biggest changes coming out of the Factory Beta squad who has signed a few new guys including Evan Smith, Jonathan Johnson and Jay Lipscomb. It also looks as if Thorn Devlin has left that Beta squad and will be aboard a Husqvarna with support from 760 Motorsports who backed Ben Nelko in 2021 while Nelko will race aboard a Honda with support from the Steel City Men’s Clinic.

The only real change from the KTM and Husqvarna teams is that Antti Kallonen, longtime KTM Team Manager, was promoted to Director of Off-Road Racing for KTM Group which puts him in a role similar to that of Roger Decoster on the Pro Motocross side. This moves Husqvarna’s Team Manager, Timmy Weigand over to become the KTM Team Manager and Husqvarna’s Anthony DiBasilio steps up to be their Team Manager. Also, it looks as if Zach Osborne’s mechanic, Dave Feeney, has made the move to the off-road team to wrench for Thad Duvall, so that’s pretty cool! It also sounds like the KLM GasGas squad is under new ownership with a new title sponsor but the team itself remains mostly unchanged.

Other than that, we really haven’t heard of any shifting around or changing programs. While it is exciting to see guys switch around and show up on new equipment, it’s also pretty cool to see guys happy with their current program and the ones supporting them stay happy with them. This is probably the least amount of switching around we’ve seen in a long time, so hopefully this means the racing in 2022 is as exciting as it was in 2021. But, it is going to be pretty tough to top 2021 because there were a lot of guys making challenges not just on bikes and ATVs but in the eMTB ranks as well. It will be exciting to see how it all plays out in 2022.

That’s really all there is for this week. Be sure to check back next week for one final edition of Quick Fill before Christmas, and just to have a little something extra to talk about we’ll start breaking down some of the happenings from the 2021 season. Until then, enjoy your weekend and we’ll see you back here next week!

This week, we pulled this helmet out of the garage here at the Racer Productions office. If I remember this correctly, I believe Jeff Russell got this helmet for Big Dave himself back in the mid-90s. When Big Dave passed away, this helmet hung around for a while and Jeff himself wore it when he partnered up with Kenny Shaver for the first-ever GNCC UTV race at Ironman in 2007. That was probably just about the last time it was worn and has been hanging in the garage for a number of years.

It was actually sitting there with dirt still on it, begging for a cleaning. So, a little work with a water hose, some adhesive remover for some old duct tape stuck to it and a little spray on magic from a can of SC1 got this sucker looking brand new. Then as luck would have it, I had enough Arai helmet screws laying around to put new ones in the chin and visor. Good as new!