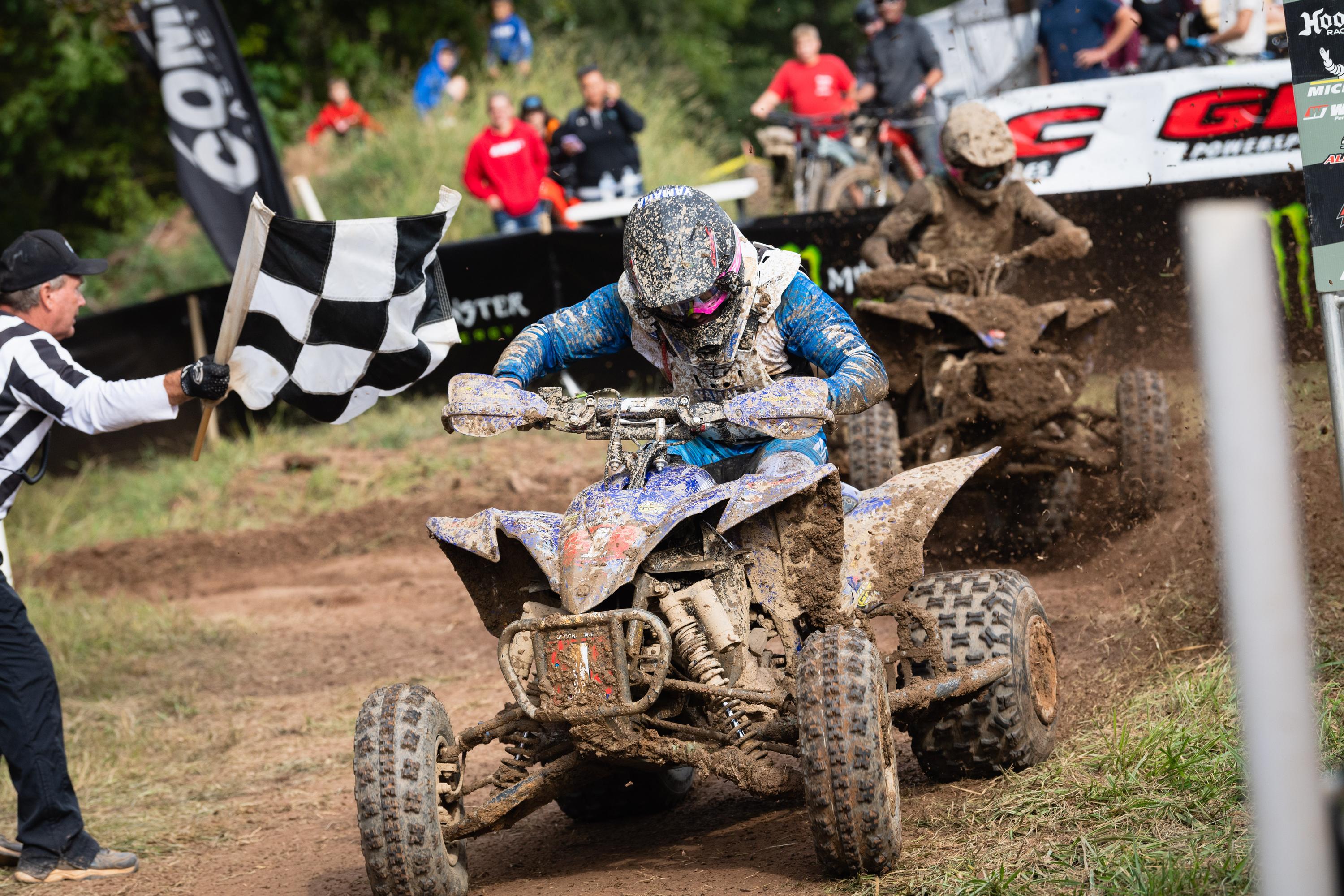 We're all getting ready to get back to GNCC Racing this weekend in Newburg, West Virginia for the AMSOIL Buckwheat 100 race! This is Mrs. Bolton typing as we speak, well because the Mr. is still out at the track getting things ready for this weekend with the rest of the track crew. Looking towards the weekend, we're going to keep our fingers crossed the rain they predict for Saturday will change its course. As far as track conditions and what the track layout looks like, let's just post a photo of the track map, because honestly I have yet to head out to the track. And I guess that means all you racers will just have to pay attention to Ryan and Bolton during the riders meetings!

Some riders have begun to wrap up their 2021 National Championships. And today the 2021 GNCC Awards Banquet was announced, and guess what it is going to be an IN-PERSON banquet! Full press release on the banquet can be found HERE.

As the series heads into its penultimate round, the 2021 season is closing in on the end of the season. Racers are looking to end the year on a high note, and even continue to battle for their respective National Championships. Some have already clinched like we said before, and others may have different goals to meet now. Fowler is currently tied on the all-times win list with Bill Ballance with 67 overall wins. There's also Katelyn Osburn and Hannah Hunter, who are the WXC ATV Championship front-runners, that will be aiming to battle for the number one spot this weekend.

Then on Sunday it’ll be Stu Baylor racing to earn what he hopes could be his eighth win of the season. After earning the win at the last round, Baylor now holds onto the points lead just one point ahead of Ben Kelley. Kelley is looking to turn the points around once again and retake the lead. This championship is looking to go down to the last round at Ironman. Jordan Ashburn can't be let out of the winners equation for this weekend too. He has been running up front leading the pack and making a push for a top three overall finish this season. Ashburn could very well be looking to earn his first win this weekend.

Leading the XC2 250 Pro class as the series heads into its twelfth round is Johnny Girroir. This weekend Girroir is looking to keep his success going and earn another win, while also hoping to wrap up the XC2 GNCC National Championship. Two riders looking to put a halt in Girroir’s race will be Craig DeLong and Mike Witkowski who have been battling with him all season long.

Saturday will host 50cc ATV and Motorcycle racers starting at 8 a.m. and go until 9:30 a.m. then ATV Youth riders will take to the course at 9:30 with amateur, 4x4 Pro and Women’s Pro racing at 11 a.m. Then at 2 p.m. on Saturday the Pro ATV riders along with top amateurs will race.

On Sunday, Youth motorcycle racers will lineup at 8 a.m. with Women’s Pro and amateurs racing at 10 a.m. followed by Pro Motorcycle racers taking to the course at 1 p.m.

Catching up with Ken Hill

I have to admit, I had too much fun at Burr Oak! It’s been a while since most of my family attended a race and while we all weren’t there, it was still a grand time as we watched my grandson enjoy his first race ever via the STACYC race Saturday evening, The entire week leading up to this round was actually filled with firsts as Ryder had to ditch his training wheels and his diaper as that was our stipulations in order for him to race! OK, so it was some parent trickery about but sometimes you have to work with what you have, and it was a perfect time for both as he turned three just the week before. He did ok on both fronts and plans to attend more races, and everyone here agreed how well the Strider and STACYC really advance the young ones into the future world of riding a motorcycle. Aside from the racing, taking my grandson on a stroll through the pits was awesome. He was waving and talking with racers and just about anyone who said hello. He lives for GNCC racing and watches the series TV shows nonstop so seeing it in real life was a big deal. He just ate up the attention and when he got to meet Rodney and say “10 Seconds” over the PA, he was beside himself! All in all, he had a memorable weekend and a special thanks to everyone who had a hand in it.

The racing itself was pretty intense throughout the weekend as we crowned Walker Fowler and Landon Wolfe champions once again. Talk about two racers with big targets on their backs wow! Out of the two I believe Walker may be the one that is most hunted, and it is becoming clear that from here on out he will have to dig really deep to fend off a pack of racers hell bent on taking wins away from him. Hunter Hart has always been fast, but something has changed, he is fast and focused and whatever changes he has made seem to be working and the same can be said of Devon Feehan after the switch to the Yamaha. Feehan hasn’t been a force to be reckoned with up front but that might be changing as he took the fight to Fowler in a big way. And there are still those that can land on the podium at virtually any race so predicting the outcomes is just getting good again as we have competition from start to finish and throughout the class.

The bike side was exciting as Stew Baylor did his no infamous bike launch at the finish line after a narrow victory over a hard charging Ben Kelley. Watching these two go at it is night and day as Baylor is like a bull and Kelley like a deer as they approach the track in front of them. With only 1 point separating them, the final two rounds are going to be intense. The venue for this weekend’s Buckwheat 100 is brutally challenging and it will take some serious riding to come out on top. Add in riders moving up in various classes and the dynamics change right from the start so this is one you will want to watch!

That’s about it from me this week. I had more I wanted to say but I plum forgot today was Thursday, so I had to rush a bit. It’s becoming a challenge to keep up lately as the doctor visits seem endless and I have had to slow down enough that the days blur into each other leaving me a tad off pace but hey, I am still on my feet and pushing forward, I just need to pull back on the reigns until they get me sorted out! For anyone wondering how I am doing, let’s just say I have not been deer hunting as of yet and I will be thankful after this week when the gardens are done for the season. In any event, please be safe in all you do and may the good Lord continue to bless us all! See you at the Buckwheat!