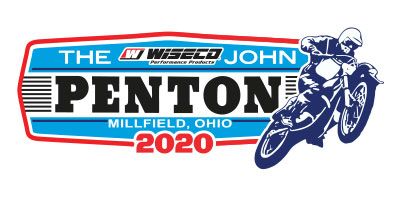 The John Penton is one of the longest-running GNCCs around, and is held at Sunday Creek Raceway, a popular motocross track in Southern Ohio. The event is named after one of the pioneers of off-road motorcycle racing in America, as John Penton is the man who originally imported the KTM motorcycle from Austria into the United States. In fact, they even called them ‘Pentons’ back then, since John created so many improvements for the machines.

You must plan for the weather at this event. It's an awesome place to race, but is often either bone-dry and dusty or covered in sticky Ohio mud. And sometimes it's both! That slick Ohio clay will provide little traction if it’s wet, and it will stick all over your gear and your machine. You’ve got to be tough to survive this one if it rains.

The track is great, with a nice mix of fast, flowing trails with some fresh, tight stuff thrown in as well. There’s nothing too difficult here as far as hills or mud bogs, even when it’s muddy, but it can get rough as the race wears on, so be prepared to pace yourself when needed.

The Sunday Creek motocross track is a fun one too, with a few simple jumps, one nice step-up and plenty of wide-open corners for flat tracking (and passing).
If it does rain, make sure you have extra goggles and gloves ready because they will get thrashed.

Ruby Tuesday
951 E State St, Athens, OH
Always a popular spot, anywhere, Ruby Tuesday's menu features much more than just their famous burgers, and they always have one of the best salad bar's around!