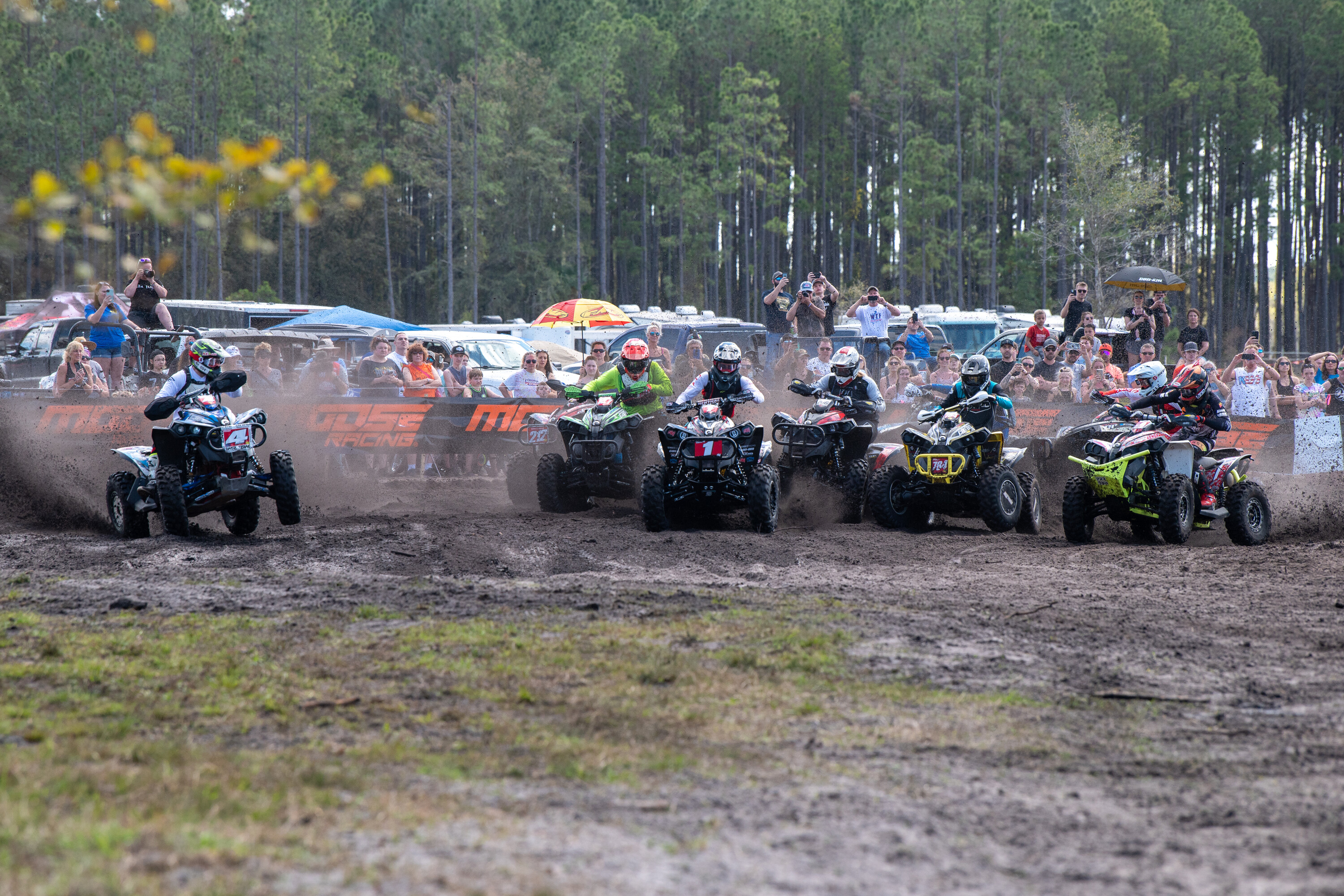 We’re another week into the year 2023, and another week closer to the beginning of the 2023 GNCC Racing season. At this point we’re now five weeks out from rolling into Big Buck and this is when things really begin to fly by, which means in the blink of an eye we’ll all be staring up at the first turn waiting for Ricky Towery to throw the green flag. If you haven’t already began your preparations for the 2023 season, now is the time to get on the ball because it will sneak up on you.

Speaking of those pre-season preparations, you can officially pre-register for any and all events you plan to race in 2023! Not only can you skip the longer lines on race day, but you also score $20 to use at Rocky Mountain ATV/MC when you pre-register. It’s well worth it, so if you’re interested in taking advantage of the pre-registration system check out the PR HERE, which also has a link straight to the system. The first batch of confirmed numbers were also posted this week. You can check that out HERE, and also follow through to the number request system if you meet the requirements and haven’t already requested or confirmed your number.

We also announced the location of round four this week and we’ll be back to the Big Buck Farm for the Tiger Run GNCC. We know this isn’t the most ideal scenario for some folks and not everyone enjoys racing the same venues twice. But, the flip side of that is that I also heard a number of people tell me face to face at the banquet that they actually really enjoyed the Tiger Run event and that it felt totally different than Big Buck. We were working with a different venue to try to put something together, but unfortunately it just didn’t all pan out. Additionally, this other venue would need a little bit of work to make it race ready for a GNCC and it would be a bit difficult to put it all together in time.

However, we are still hopeful that we’re able to put something together for 2024. So, if you’re one of those folks who don’t enjoy the double events, just bear with us for one more year and fingers crossed we work out some other options for 2024. With that said, if you have any possible venues that are 500 acres or more, with somewhere close to 100 acres for parking, drop me a line at [email protected] with some details. Despite what rumors you may have heard; we do take a look at each and every venue that is sent to us and if it’s something we think we could make work we definitely follow up.

I know from the outside looking in, it seems a lot different when it comes to going racing somewhere new. However, I can assure you that it’s not as simple as just saying “hey, let’s go here!” and finding a suitable piece of property. Not only do you have to have enough property for a racetrack, you also have to have suitable parking. When I say ‘suitable’ parking, I don’t just mean somewhere that has ‘enough’ parking. In addition to having enough parking, there are the logistics of a road in, around and out of the facility and making sure that it’s far enough off any major road to avoid potential issues.

Then on top of the parking, you have to find a willing landowner that will come to an agreement. What has happened in the last several years is that there really aren’t very many people who are racing enthusiasts and happen to own large pieces of property. Some of those who own large pieces of property and aren’t already into racing either use them for other purposes that a race could possibly hinder, or they’re comfortable enough leaving it as-is and don’t really have a desire to bring outsiders into their property. Or, large properties have been handed down to a generation who aren’t interested in managing something that size and they’ve been sold off into smaller chunks.

We also see a lot of enthusiasts who own or want to own some sort of riding park, which are always a lot of fun but don’t always translate into a perfect scenario for racing. Not that a course in a riding park isn’t good, but a successful riding park can make big money on an open weekend of riding without the effort of bringing in a large crowd for a race and being forced to close the park. Regardless, I still have faith that there are some places out there that we don’t know about yet and we could find in the future.

We met with our friends from MotoTees this week to discuss some various items for 2023 GNCC merchandise and one of the things we took away from the meeting is that we should really hear from you, the GNCC Racing Nation, as to what you’d like to see when it comes to merchandise at the races. So, the folks at MotoTees are putting together a focus group. Keep an eye out for a post on that soon and it may have a little bit of a reward if you're accepted to participate!

It’s funny, I don’t believe there are a large number of people at GNCC events who keep up with all the latest fashion trends but even our niche group of racers and fans have changing tastes in what you like to wear. So, we all change fashion trends a bit more than we realize, even if it’s just a different design on a classic t-shirt. Then of course, what you wear at the race track isn’t always what you wear when you’re away from the race track (believe it or not, when I’m at our office or even one of the motocross events, I’m not wearing riding gear or safety orange shirts) so while we’re not exactly a group of Kim K’s, we all still change fashion more than we realize.

However, did you guys see Kim K wearing some circa 2004 Moose Racing pants? Maybe she’s drawing more inspiration from us than we would draw inspiration from her. While it’s definitely a bit of an oddball thing, it’s not new. There have been celebrities wearing riding gear on and off for years. Remember the band Living Colour? They sang ‘Cult of Personality’ and rocked some AXO gear back in the late 80s, they also wore it live on the Arsenio Hall show. Even the Fresh Prince himself, Will Smith, rocked an old Splitfire Kawasaki jersey in an episode. These were also just recently brought up in a Vital MX thread, which was pretty funny to see these again.

As I was working on Quick Fill, I paused right here as some folks came to the door of the office. They had talked to Dana the other day about stopping by just to see some of the cool things we have here and were making that stop. I got to talking to the folks and turns out it was former ISDE (back when it was the ISDT) competitor, Paul Danik along with his wife and grandkids. Paul rode Penton’s back in the day, is part of the Penton Owner’s Group and close with guys like John Penton himself and former superstar announcer Larry Maiers of MotoWorld fame. Paul also had an interview in the Penton movie.

A few years back when searching for a Penton gas tank for The John Penton GNCC overall trophy, I snagged one on eBay. I was actually surprised when I found out it was Paul selling it, so it was pretty cool to meet him in person. Just goes to show that you never know who may pop in for a visit. Oh hey, speaking of The John Penton trophy, I have a couple of Penton tanks stashed away but if anybody has an old Penton gas tanks laying around they’re willing to part with at a fair price, give me a shout at [email protected] and let me know what you’ve got!

That’s going to wrap up this week’s edition of Quick Fill. Be sure to check back next week for all the latest updates on all things GNCC. Until then, enjoy your weekend and we’ll see you back here next week!