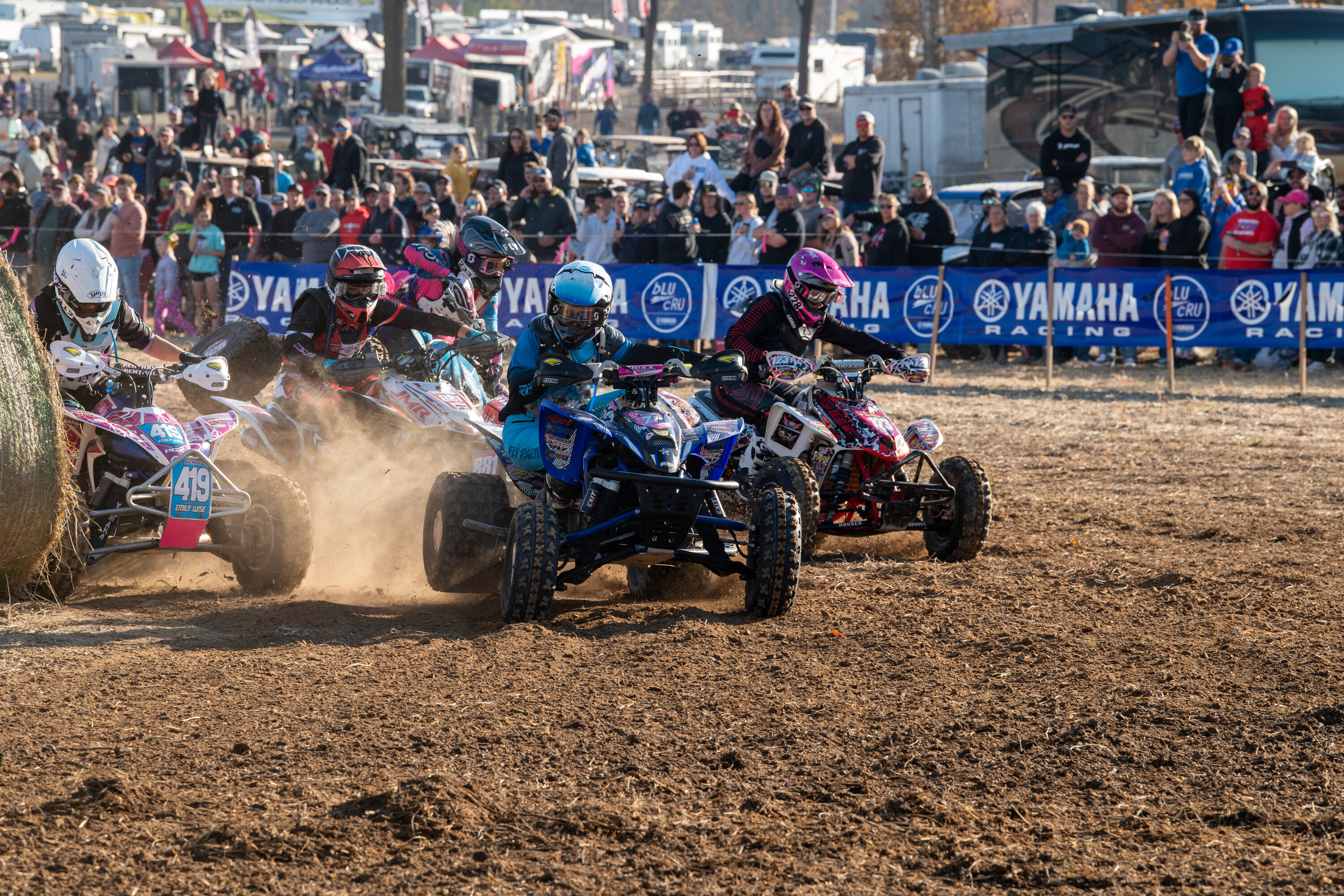 We’re just under a month from the conclusion of the GNCC Racing season, and… Well, if you’re a Quick Fill regular you probably think I’m going to say that in some ways it feels longer and in other ways it doesn’t feel that long, blah blah blah. However, this time I’m just going to change things up completely and say it feels like it’s been a lot longer than a month! This is probably due in part that we, much like many of you, went from the mode of “go, go, go!” every weekend, to absolutely nothing in a short time span.

I’m sure some of you probably feel the same way, but some who continued to race for several weeks after might be feeling like they’re still on the go! Regardless, things are really starting to slow down at this point and now attention turns first to the banquet, which is coming up in just three weeks, and then to get ready for 2023! Speaking of which, we’ll be kicking off our series of Riders Meeting’s beginning on Monday. Once again, these will take place on Zoom and be divided up over the next couple of weeks. For all the details, just check out the Competition Bulletin HERE.

We’re staying busy with meetings, banquet prep, 2023 season prep and more but there’s not a whole lot to discuss when it comes to regular Quick Fill goodies. So, we’ll pick back up with our 2022 recap and move onto some of the Bike AM classes this week before rolling into some of the ATV AM classes in a couple of weeks. Naturally, we’ll be skipping next week since it will be Thanksgiving, but there’s still plenty of weeks left in the winter break to continue these recaps. So, let’s roll on!

One of the tightest championship battles in 2022 came in the WXC bike class. With Rachael Archer and Tayla Jones bringing the championship all the way down to the final round, these ladies put on an incredible show that was definitely the highlight of each and every 10AM bike race! Not only did these two ladies swap WXC wins throughout the season, but Korie Steede played spoiler on two different occasions to claim two wins of her own. Archer would end up with a total of six wins and only finished off the podium two times, with an eighth and tenth. Jones claimed five wins but was able to keep the points battle tight as two of her three off-podium finishes were still inside the top five. In the end, Archer was able to secure her first WXC championship with Jones in second and Steede in third while Prestin Raines and Jocelyn Barnes both put together solid seasons of their own to round out the top five.

In the Women’s class, Kaitlyn Lindsey claimed five race wins and never finished worse than fifth place throughout the entire 2022 season to claim the class championship. On a somber note, second place would go to Rachel Harris who also claimed five wins and three additional podium finishes in 2022. Unfortunately, Rachel passed away just a few days before the season finale at Ironman but her solid performance throughout the season still earned her second place in the Women’s class and she actually claimed the Women’s Amateur championship in the National Enduro Series. Carly Lee rode a very consistent 2022 season, never finishing outside the top five to earn the third place spot while Addison Elliott and Ruby Fustini rounded out the top five.

There was a very close battle for the Women’s Vet championship as Jessica Morrison and Elizabeth Allen battled back and forth throughout the year. Morrison would end the year with seven wins, and five wins would go to Allen. These two were also consistently second or third place win the other one would win, but with two sixth place finishes going to Morrison, Allen was able to keep things incredibly close. However, Morrison would take the title in the end by just one single point over Allen! Third place would go to ‘Turkey Girl’ Amber Hardman while two long-time GNCCer’s, Claudia Danielewicz and Dawn Silvia would round out the top five.

In the Warrior class, Austin Franklin and Matt Modic would have a close championship battle of their own. Franklin would claim a total of seven wins and four additional second place finishes. Modic claimed four wins and five additional second place finishes. With the drops factored in, these guys would be separated by just three-points with the championship going to Franklin and Modic in second. Louis Olian was also very consistent through the 2022 season, only finishing outside the top five twice as he claimed the third place spot. Rounding out the top five would be Josh Webb and Brad Mundy who would also be consistent top five finishers throughout the entire 2022 season.

Thor Powell would prove to be the guy to beat in the 150 B/C Schoolboy class as he would claim nine wins in ten rounds to wrap up the class championship early and try his hand in the PM race. The real battle would be for the second through fifth positions as all of these riders were incredibly close! Garret McClaughlin would finish the season in the second place position, just one point ahead of a tie in the third place spot between Keaton Noltkamper and Lucas Rubenstein with the tie-breaker going to Noltkamper. Then, just three more points behind in the fifth-place spot would be Tucker Kenreigh. For each of these racers to be so close after so much racing is just flat out impressive!

The Super Senior A class championship would go to Gary Fridley who won nine of the 11 rounds he contested. However, it wasn’t a full blown run away win as Jeff Staples would finish in the second place spot just eight points behind Fridley. Staples won two rounds and never finished worse than third place through the entire season. The third place spot would go to David Lane, who was consistently inside the top ten in all twelve rounds he contested. Rounding out the top five would be Brent Belsole and Gregory Senyk.

In the Masters A class, Steve Levian would dominate the season claiming 11 wins in the 12 rounds he contested, and in the one round he didn’t win he still managed to claim the second place spot. Steve is a long-time fast guy out of Missouri who has a ton of championship to his credit, including the 2022 GNCC Masters A title. Second place would go to Jeff Ford who landed inside the top five eight times, including one race win. Chuck Garetson would take the third place spot with nine top five finishes while Scott Kirchoff and John Lenard rounded out the top five.

The Silver Masters A championship would go to Mike Grizzle, who has become a championship regular the last several years. Grizzle is another guy much like Levian who has been really fast for a really long time and while he only contested nine rounds in 2022, he claimed seven wins and two second place finishes. Another guy who has been fast for a long time is Steve Thaxton who ended the year in the second place in the Silver Masters A class. Thaxton did so by finishing inside the top five at every round he contested, including four wins. Third place would go to David Harris who actually claimed the class win at the Ironman while Greg Grimm and Kenny Workman rounded out the top five. And I know Greg will read this, so shoutout to Greg for a solid season.

The Golden Masters A class would go to Bill Gold who won a total of eight races, never finished worse than fourth place and then after he had the championship wrapped up early, he rode the PM race at Ironman in the Senior A class against riders 20+ years younger than him! Norm Turnberg would end the year second place in the Golden Masters A class with three race wins of his own while the third place spot would go to Mike Friday and Steve Lambruno in fourth.

Wow, that’s still a load of info and we only touched on some of the classes. Like I said, there’s plenty more to talk about in the coming weeks and we’ll be sure to keep you posted on all the other latest happenings, including the 2023 schedule which is coming soon! Until next time, enjoy your week and we’ll see you back here for another edition of Quick Fill!