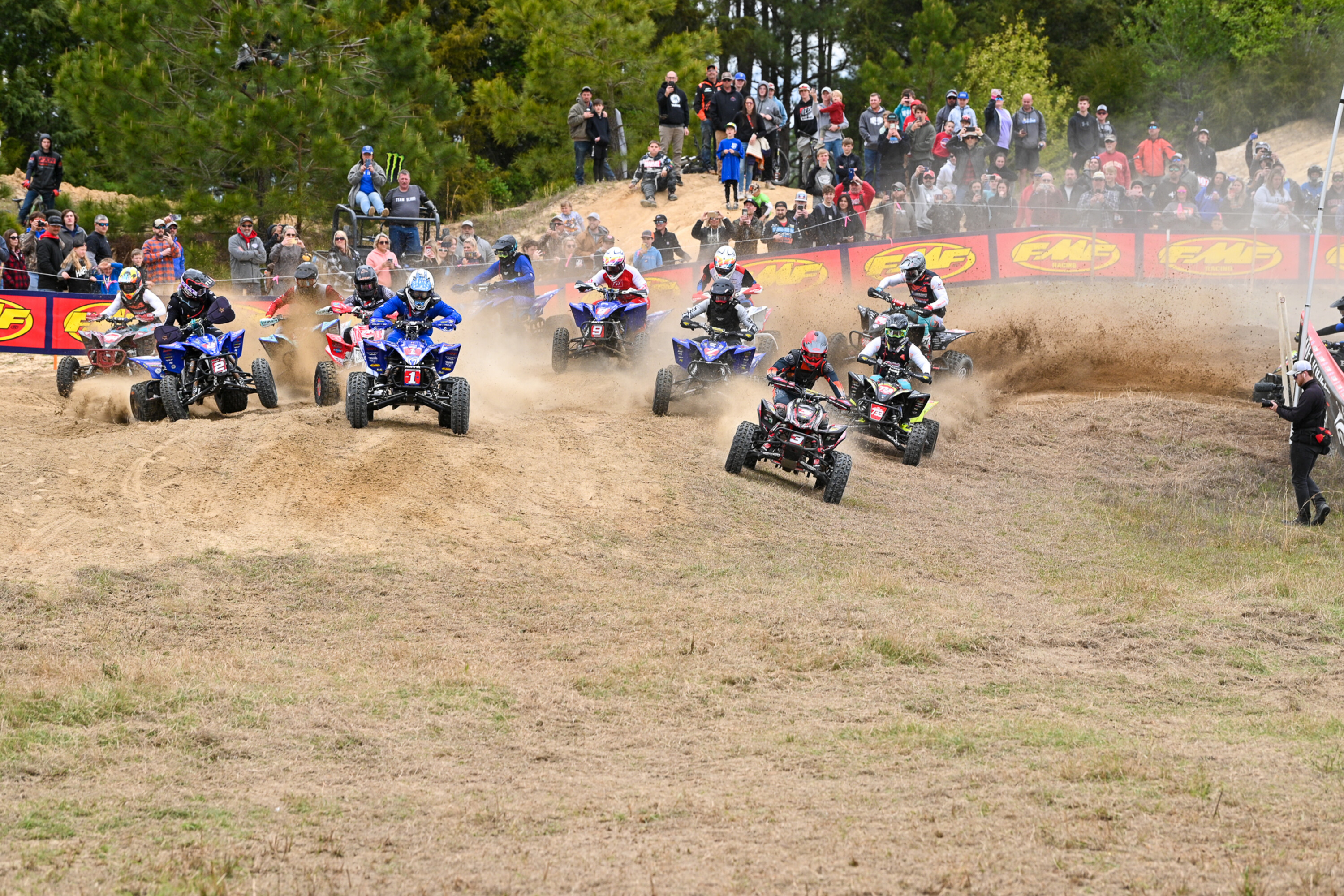 Another week is in the books during this slightly longer time between GNCC events. In fact, we’ve still got another off week to get through before returning to racing in Indiana the first full weekend in May. For some, this extra time off can be helpful as it gives them a chance to heal up any lingering issues or take the time to make tweaks to their program, or just simply enjoy a little bit of downtime. Regardless, this time will tick away pretty quick, and we’ll be going racing again before we know it.

Now, we won’t have any exact details on the racecourse for the Hoosier until the week leading up to the race but like I mentioned in last week’s edition of Quick Fill, it sort of is a bit of a unique experience. Due to the lay of the land at Ironman Raceway, you are using a lot of the same trails that are used for THE Ironman in the fall, but they’re linked together differently and with green leaves on the trees, it really feels like a totally different place.

We also won’t be utilizing some of the field sections as they’ll already be planted for the season. This pushes you to skirt the edges of these fields, which is also a lot different than the Ironman. All of this leaves some people wondering what it will make track conditions like for the Ironman and honestly, it’s sort of as if there never was a spring race. There’s a reason there are so many farms in Indiana as the dirt there is phenomenal. It heals unlike any place I’ve ever been and in addition to that, we’re actually running the ATVMX series at Ironman Raceway on the following weekend, so the guys running dozers actually have a little extra time to put into fixing the woods up.

So, things are really starting to get busy for our staff. If you’re not familiar with the innerworkings on our end, not only is Racer Productions responsible for the entire GNCC series but our sister company, MX Sports, is comprised of most of the same staff as well as others. This means our office handles the entire GNCC series, management of the entire Pro Motocross series as well as directly promoting the High Point and Ironman rounds, management of the ATVMX series and directly promoting the High Point, Ironman and Loretta Lynn’s rounds, then of course promotion of the Amateur National Motocross Championship at Loretta Lynn’s, oh and on top of that we also squeeze in some local motocross events as well as the Big Dave Vet Homecoming at High Point Raceway.

This means we’ve got at least one and sometimes two or three events we’re involved with taking place just about every single weekend from late February through the end of October. So, when there’s an odd three-week break in the middle of the GNCC schedule, it happens for a reason as there’s only so many weekends in a year. This is also a big factor in why we have a summer break for GNCC, not to mention how blazing hot the east coast is during the summer. Needless to say our office is wide open right now between the events that are currently happen, and getting ready for the Pro Motocross season to start in just around a month, and making preparations for Loretta Lynn’s in August.

Speaking of which, you likely heard about the flooding that happened down at Loretta Lynn’s Ranch just after last year’s motocross event ended. The flooding not only wiped out numerous structures at the race track, it severely devastated the nearby town of Waverly, Tennessee. This is when numerous entities from the motorcycle industry banded together for fundraising efforts through Racers4Waverly. These funds were allocated to go to help the community of Waverly and none of which would go to The Ranch itself, as Waverly truly needed the most support.

This week rebuild efforts began at The Ranch and additionally more than $350,000 in donations were made to the local community through the Racers4Waverly effort. This is huge as even now, eight months later, the town of Waverly is still trying to piece things back together. Out at The Ranch, the structures are in the process of being rebuilt and the work is coming together quickly. David Eller owns the Phoenix Racing Honda team and also owns North Carolina based Makson Construction. Eller brought out a huge chunk of his construction crew and they’ve been hard at it all week rebuilding the staging structure, mechanics area, plus the iconic billboard and more and things are looking great for racing to return to the ranch in August.

While we currently don’t have a GNCC event at Loretta Lynn’s Ranch, it still holds a rich place in GNCC history as only one venue; Sunday Creek Raceway, home of The John Penton and Burr Oak GNCC events, have hosted more GNCC events than Loretta Lynn’s Ranch. Of course, there are still opportunities for you to find yourself in the woods of Loretta Lynn’s on your dirt bike or ATV. They still host both the Mid-South and CXC racing series at different times in the year, as well as two Trail Ride events that are awesome, laid back, fun weekends.

That’s actually going to do it for this week’s edition of Quick Fill. Yes, I know this one was a bit on the “quick” side (pun intended) but we’ve still got another off-week to get through next week so we’ll save some GNCC-specific for next week. Until then, enjoy your weekend and we’ll see you back here next week!

What exactly is going on here? To me, it looks as if DJ Judd is getting Mikey amped up to crush it on the mic. Or maybe Mikey just simply needed a massage... Either way, these are two pretty cool guys sharing a "Brodak Moment"

By the way, did you know that in addition to running the MEAT on the start of each race that DJ Judd also jumps out on a bike and helps sweep a bit? Judd has a pretty impressive resume of random activities he's done, and he could be a challenger for "Most Interesting Man in the World"