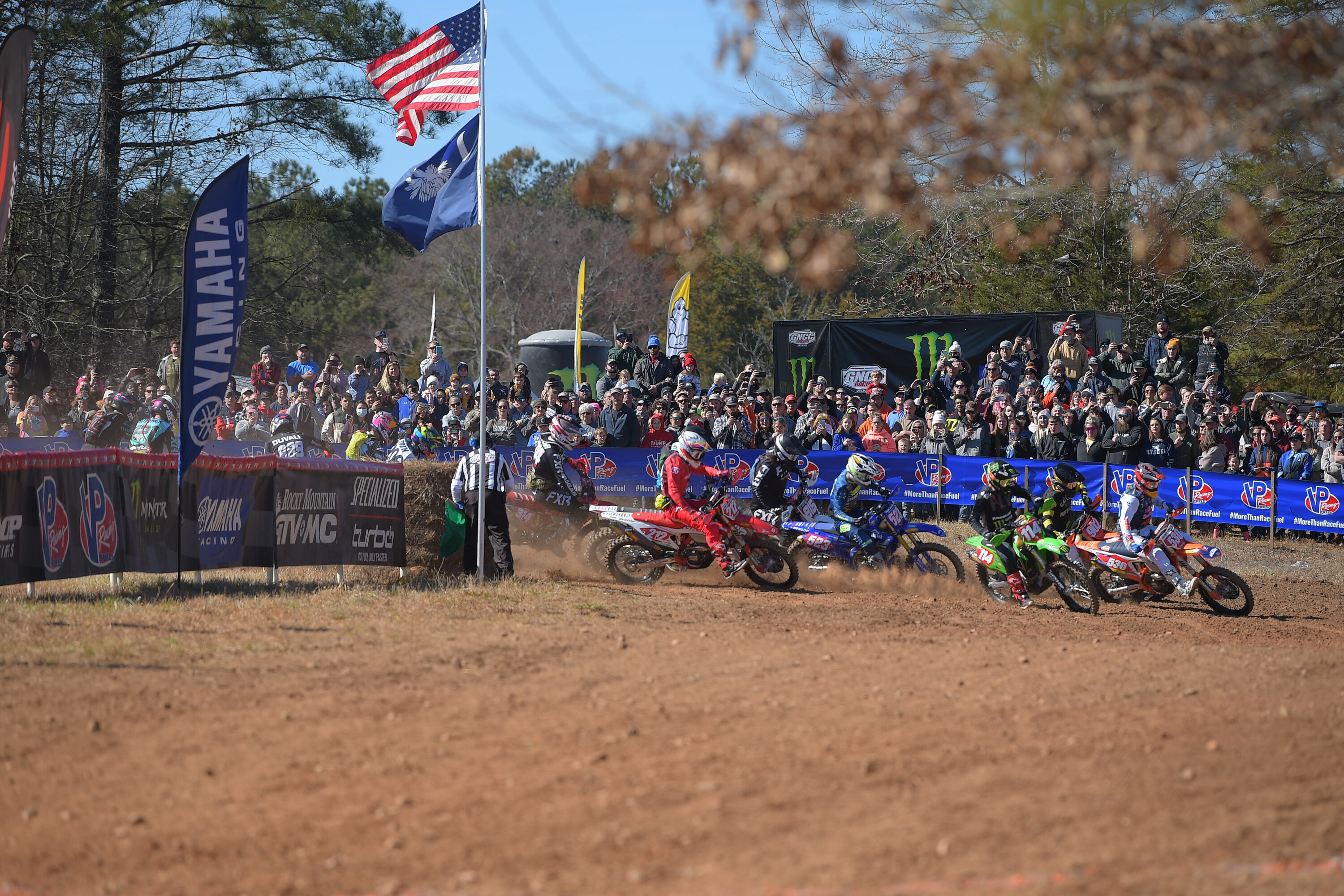 Quick Fill #1: This Week in GNCC

And welcome to 2022! The New Year is finally here and we’re counting down the days until we kick off the 2022 GNCC Racing season. That time is coming quick as we’re now just about six weeks out from the opening round at Big Buck. This is exciting and this time will also fly right by and we’ll be back into the swing of GNCC Racing before we know what hit us. With that said, all the 2022 GNCC classes and rules are now finalized and ready to go. So, if you haven’t taken a look already, you can check out the Competition Bulletin HERE for all the exact links. If you have already looked through everything, well, take another look just to be sure you’re all set for 2022.

Speaking of 2022, our friends at Gear Bicycle Sales are looking for some extra help at the GNCC events in 2022. They are in need of bicycle mechanics to work at the Gear Bicycle Sales truck on vendor’s row. They will train you on the ins and outs, and this is a part-time position at the events, so if you’re an ATV or eMTB racer you could work with them on Friday and race Saturday. If you’re a bike racer you could work with them on Saturday, or Friday and Saturday, and race on Sunday. This is a great opportunity for someone looking to not only add a little extra fun to their race weekends, but also a few extra bucks in their pocket! Fill out the form HERE to apply.

We’ll pick back up this week with our recap of the 2021 season, since other types of news are little bit slow this week. So, we’ll just jump right back in and pick things up with round two in Florida. For everyone, the Florida round is always tough, rugged and grueling as the miles of sand whoops become deeper and deeper throughout the race. When the green flag flew on Saturday’s ATV race, Walker Fowler would put his head down and charge from the get-go. After coming up short of the win in the opening round, Fowler was a man on a mission in the sands of Florida as he would ultimately end up leading wire to wire to take the overall win.

However, it wasn’t just a complete runaway win from the opening lap. Hunter Hart would stay close to Fowler for the first half of the race, completing laps one and two never more four seconds behind Fowler. It would be the final two laps where Fowler would begin to pull away, eventually stretching the gap to a whopping four minutes when the checkered flag flew! Hart would hold on for second while Cole Richardson landed on the podium in third. As for opening round winner, Brycen Neal, he would run in podium contention for the entire race, even taking the white flag in second place just a few seconds behind Fowler.

However, a mechanical issue on the final lap would take Neal out of the race ultimately resulting with Neal finishing 40th place overall and scoring no points towards the National Championship. This would turn the points lead over to Fowler as the series saw a quick turnaround to The General GNCC just a single week later. Neal would be motivated to rebound at The General, but once that race was underway, he found himself buried in the pack on the opening lap while Walker Fowler would once again control the lead. Chris Borich would actually be Fowler’s closest competition on the opening lap in Georgia before issues of his own dropped him back to sixth place on lap two.

As the race wore on, Neal began climbing through the pack and would complete the second lap in third place behind Fowler and Jarrod McClure in second. The third lap would see Neal make his way into second and complete the lap 17 seconds behind Fowler before setting up a hard challenge against Fowler all the way to the checkered flag. When the white flag flew, just over one second separated the duo of Fowler and Neal who had opened up about a minute gap over McClure in third.

As they crossed the finish line for the final time, Fowler would squeak out the win by less than one second over Neal while McClure ended the day in third. This would set the stage for the next few races of the season as Brycen Neal showed that he was serious about challenging Fowler for the National Championship. At the same time, a number of other riders were able to show they could contend for podiums and race wins of their own, thus creating one of the more exciting seasons of racing the series had seen in many years.

On the bike side, Florida’s round two would kick off with Ricky Russell jumping out to the early lead before Ben Kelley would find his way into the lead on lap three. Kelley, who is known for usually getting better as the race goes on, would hold that lead all the way to the checkered flag but it didn’t come without challenge. Jordan Ashburn would stay hot on his heels for a couple of laps before Kelley pulled out a sizable lead of over one minute. On the final lap, Josh Strang would work his way around Ashburn to take the second-place spot with Ashburn rounding out the podium in third.

Meanwhile, Steward Baylor had ran in the third-place spot for the opening laps but dropped all the way back to 14th overall after suffering from clutch issues late in the race. After missing round one, and a clutch issue at round two, Baylor had all the motivation in the world to dig him out of the deficit he had started this season with and would begin to do exactly that when the series made its way to Georgia for round three. At The General Ricky Russell would yet again lead the opening lap, while Stu completed lap one in seventh. He then put on a charge to come all the way into the lead on lap two, which is exactly where stayed all the way to the checkered flag.

Ben Kelley also worked his way through the pack, coming from fifth on laps one and two to end the day in second place while Josh Toth also came up through the field. From eighth place on lap one to third place at the end for Toth, all three of the podium finishers started the day further in the pack than they finished, ultimately working hard for what they had earned. For Baylor, this win would set in motion a tear that would go on for the rest of the season. Digging your way out of a hole to start the season is one of the toughest tasks a racer can be challenged with, but not many guys are as tough as Steward Baylor.

That’s actually going to do it for this week. Check back next week as we continue our 2021 recap and as always, if you have something to share in Quick Fill, drop me a line at [email protected] and we’ll try to throw it in the next edition of Quick Fill. Enjoy your weekend and we’ll see you back here next week!