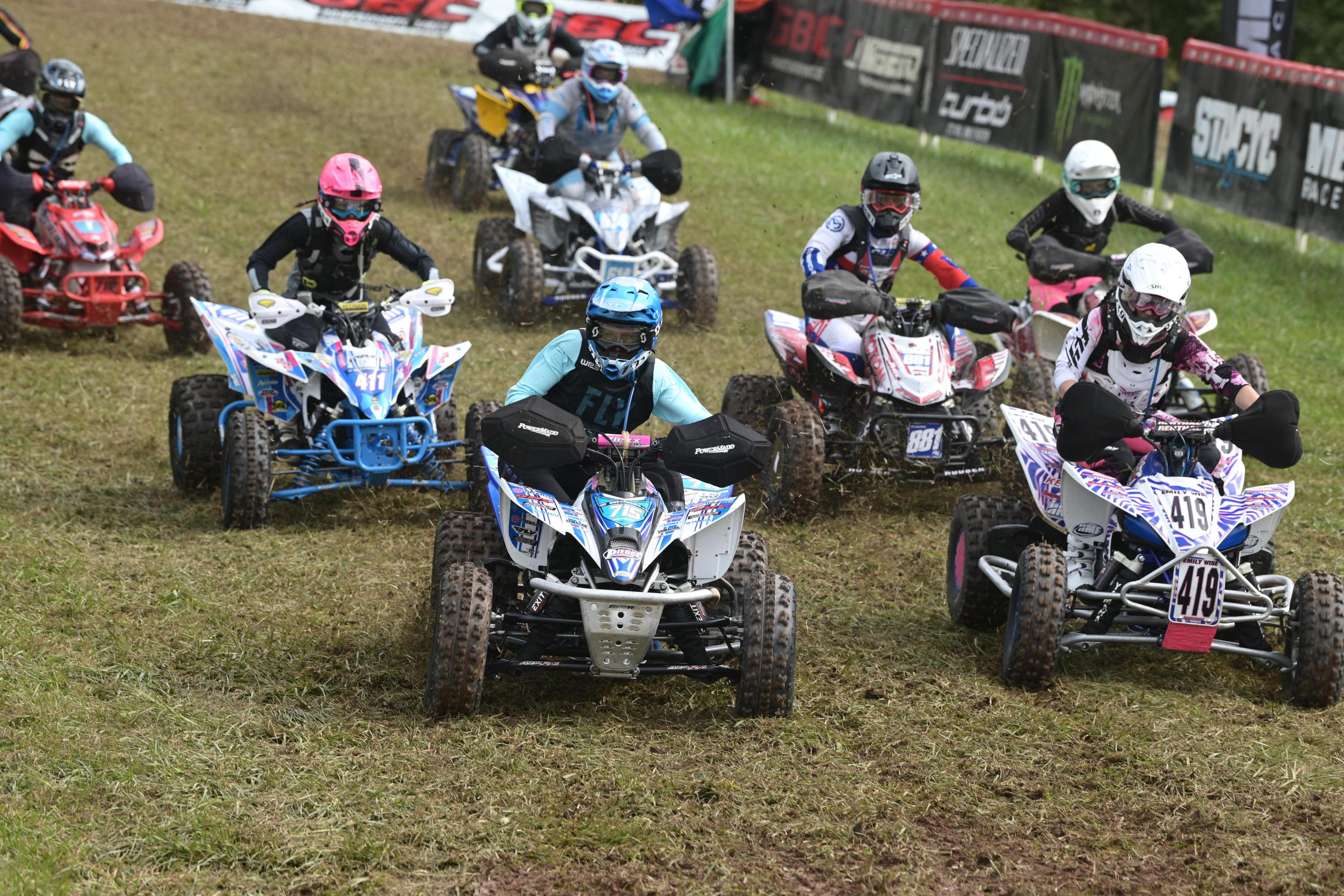 The days of the off-season continue to roll on by as we first inch closer to Thanksgiving, and then get ready to get back together at the GNCC banquet. This time of year gets pretty tough in terms of keeping Quick Fill relevant and entertaining because, well, everyone seems to stay fairly quiet in regards to racing. This is due in part to how contracts work, riders changing up their programs and guys just simply looking for a break. Other than a few changes, however, the rumor mill seems to be fairly quiet as well… Or maybe people just don’t want to tell me anything for fear I’ll post it here. I won’t, so give me the goods!

In regards to silly season type things, there is a little bit of news floating around. Cole Richardson posted that he picked up a few new quads, and while he’s still obviously aboard a Yamaha he mentioned that he has some new support that he will be announcing soon. Cole has put together some great programs over the last few years, so it will be interesting to see what he has in store for himself next. And coming off a win in the final round of the season really gives an extra confident boost as well.

There was also an announcement from the Trail Jesters KTM folks that they’ve signed Korie Steede to their team for 2022. Korie is another rider that has put together some really solid rides through the last couple of seasons, and while Korie had a great ride with some support from the Babbitt’s Kawasaki folks, a change from one great program to another great program can have huge changes for any racer, so it will be pretty interesting to see how things pan out for Korie.

I’ve mentioned the 2022 schedule for the last couple of weeks and to give an update, we’re still working out details on just a couple of events. It’s pretty difficult to make every venue’s dates work with every other venue’s date, plus the travel pattern needed, and about a zillion other factors. We’re pretty close and really just have one little hiccup to work out, but in the meantime, we made a post this week basically rehashing some of the things I’ve said in Quick Fill the last couple of weeks. If you, or someone you know, has property that could be suitable for a GNCC event, let us know. Check out the post HERE for all the details.

If you check out the post, you’ll see that it says we’re looking pretty hard for property in North Carolina. We know there’s a lot of racers and fans alike in the Carolinas, so please let us know of anywhere the could work. Now, I know it’s tough to find properties that size and it gets even tougher in North Carolina as there’s a lot of beautiful pieces of property, but there’s not a lot of folks who own that much. It’s also tough to attract interest of people who aren’t familiar with off-road racing, but the upside is that once someone gives a GNCC event a shot, they usually love it and love having us back.

I grew up in North Carolina, my family is still there and I occasionally get back to visit, so I’ve covered a TON of ground west of Greensboro, NC and a good bit in the eastern part of the state too. I’ve spent hours scrolling around the onX Hunt app which shows you property boundaries and total acreage. There’s a lot of large parcels of property in North Carolina but most of those large single parcels are either nearly all wooded, or all open fields. It’s tough because there’s a lot of folks who may own 50 acres on one parcel, 175 on the parcel next to it, 75 next to that, 150 on the other side of it, and another 60 just before you get to the back 40. These are hard to find, but it’s also nearly impossible to just find a piece of property on there, find out how to contact the landowner and cold call them to ask if they’re interested in letting a race happen. That just doesn’t happen.

Regardless, we’re hopeful that someone has some property we don’t know about yet and we’d love to hear from the GNCC Racing Nation about what’s out there. Now, keep in mind that while we’re really wanting to find a North Carolina property we’re also open to hearing about other places as well. We already have two South Carolina events, but if there’s something that could turn out really well, we’d be interested in hearing about that as well. Georgia is another state full of off-road racers and fans, so a suitable property there would be nice as well. Let us know!

We got a package today from our friends at the Kurt Caselli Foundation and inside were two of their new sweep/medic vests. These things are packed full of all sorts of first aid supplies, similar to the Kurt Caselli Foundation first aid kits that were available at GNCC events this year. However, the vest is just about busting at the seams with all sorts of bandages, dressings, splint, tourniquet, and more. Now, these things are designed with west coast racing in mind where those guys are literally miles past that middle of nowhere point and much more difficult to access than a typical GNCC event. However, this type of thing still comes in handy when someone needs a little help.

Huge thanks to the Kurt Caselli Foundation not just for these vests but for everything they do to help make racing a little bit safer for everyone. The kit also includes a good basic first aid guide, which you can actually read for yourself HERE and is well worth checking out. What a lot of folks may not realize is that the GNCC track crew actually goes through not just OSHA training each winter, but also a tactical first aid training by Smoky Mountain Emergency Solutions, who come from military backgrounds and teach their tactical first aid courses all over.

The GNCC track crew will almost always be the first response when a rider is injured so we can efficiently get medical response in and out. With this training, this means that our guys aren’t just going to be fumbling around not knowing what to do if you need a little extra help. The good part about GNCC is that medics are never too far away, and generally we don’t see many serious injuries outside of broken bones. Regardless, you can never be too prepared and between extra medical equipment and extra training, our crew is prepared.

One more reminder, don’t forget the banquet is just around the corner. The deadline is register is Tuesday December 7th, so if you’re planning on coming and haven’t already taken care of your banquet registration do so now. That’ll do it for this week’s edition of Quick Fill. Enjoy your weekend and we’ll see you back here next week!

Random Closing Photo of the Week

I figured we need to spice things back up in Quick Fill, so beginning this week I'd like to end each edition with a random photo. It may, or may not be GNCC related (but generally will of course) and maybe it has an explanation or maybe we'll let it speak for itself. Either way, we hope this becomes something Quick Fill readers look forward to.

We'll kick it off with this one... This week Zach Holbert and I began work on cleaning up the quonset hut at High Point Raceway. There's a lot of stuff that's accumulated in there over the years that hasn't been used in quite some time so we did a little cleaning. Among the random things we found was this circular saw which was initialed T.C. This saw then further clarified that this saw did not belong to Tim Cotter but rather the T.C. who won the 1988 Blackwater 100, Timmy Coombs...Unfortunately the cord was destroyed!