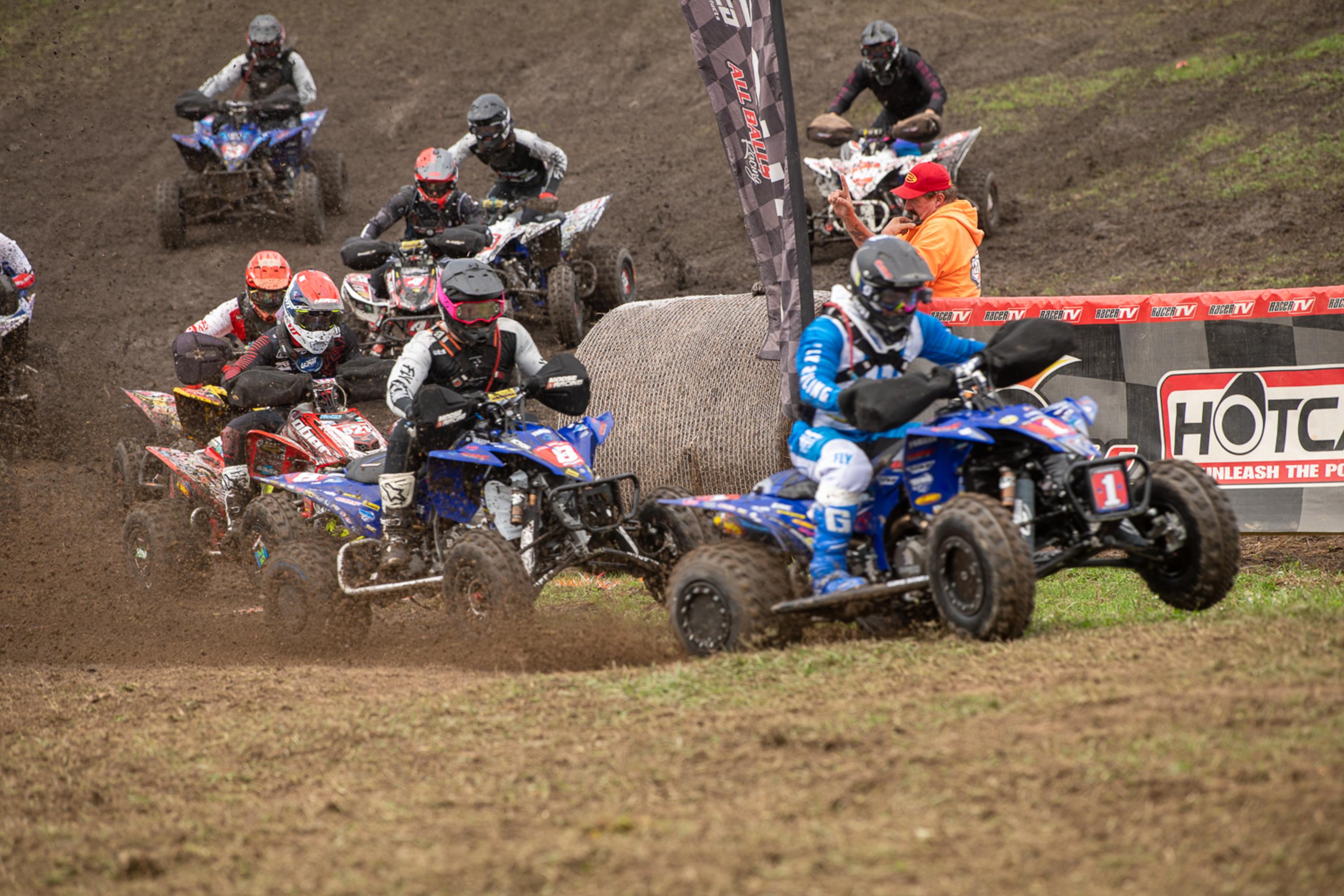 We’re now over a week into the off-season and I’d say it’s already hitting the point where there’s a split. The spilt I’m referring to is a split between those who are still enjoying the time off and looking forward to a bit more, and those who are already looking forward to getting back into the swing of racing. Either way, or even if you fall somewhere in between, there’s still another round left in the 2021 GNCC Racing season… No, we didn’t add a surprise race, I’m talking about the banquet which is often referred to as the “14th round” because it feels like another round of GNCC, just without the racing.

The banquets will be taking place Friday December 10th and Saturday December 11th. If you’ve never made it to the banquet before, Friday is dedicated to ATV and eMTB racers (including ATV micro) while Saturday is dedicated to bike racers (including bike micro). The banquet takes place at the Morgantown Marriott at Waterfront Place, which is actually a really nice venue and we actually use the biggest and nicest ballroom they have, so expect a great time. In addition to recognizing the top ten finishers in each class, there are also a number of specialty awards given away as well as lots of good times just hanging out away from the racetrack. Check out the event page HERE for all the details.

With that said, the tentative top ten in each class has been posted. The posted top ten will become final on November 11th so if you have any issues, you must notify us before that day. You can read the competition bulletin HERE for links to each top ten, as well as info on how to notify us of any issues you may have.

I’m sure a lot of you are curious as to the 2022 GNCC schedule and I can tell you that you’ll be seeing that schedule within the next couple weeks. We have a few more things to sure up before posting it but it’s mostly complete and we’ll have that info for you soon, so stay tuned. I can say that it will be very similar to 2021 and that we will double up a couple of events again. Love it or hate it, it’s sort of hard to argue that the double events at some locations didn’t work. I know I felt like each event was totally different than the last and we hope to continue that way.

At the same time, while we do have the 2022 schedule mostly set, we’re still open to hearing about some other places to hold races, especially in the southeast. Due to the size of a GNCC event, we do have certain requirements but generally if you know of 500 or more acres with somewhere close to 100 acres that could be used for parking, drop me at line at [email protected] and give me some details. Like I said, we’re mostly set for 2022 so chances are anywhere you brought forward would most likely be for the future, but it’s never too early to start looking ahead.

If you’re looking for something cool to listen to, our old buddy Jason Weigandt did a podcast with Becca Sheets. They talk about her rise to becoming a WXC champion, retirement and more then Weege even catches up with Hunter Hart in the same podcast to talk some ATV racing. You can give it a listen HERE, or via the Racer X Podcast Network on whatever service you get your podcasts from.

So how about Weigandt getting back to his ATV roots? Yeah, in case you weren’t around for Weigandt’s own rise to stardom as the voice of Pro Motocross on TV, he got his start in GNCC specifically covering the ATV side of things. Weege was, and actually still is, a quad guy and even posted an Instagram photo this week to prove it. I posted a comment stating that I look at that photo and wonder how Weege never challenged Barry Hawk and Bill Ballance for GNCC ATV titles in the late 90s/early 2000s, and that’s the truth. Just look at the swagger and style Weigandt has on that Suzuki 160 Quadrunner. You don’t want none of that action.

Last week I mentioned the Ironman clean-up effort and a trip back. Well, the guys made that trip back this week and have been back at working getting the place back in shape. I think it was Tuesday this week when I walked out to the garage and Ryan Echols asked me if I “wanted” to go back to Ironman with them. Now, don’t get me wrong, I love Ironman and the town of Crawfordsville but my reply was a basic “if you guys got it covered, I’d rather not”. So, my good buddy Zach Holbert went with those guys instead. Thanks Zach!

To give a little behind the scenes info on how this GNCC circus works, when the race is over we don’t just pack up and head home. At a typical, normal race Jeff Russell, Ryan Echols and Bob Pierson jump on equipment and start dozing. Jeff and Bob run the little Sutter dozers around the woods while Ryan jumps in the skid steer with the power rake and starts cleaning up the fields. While this is happening Zach, Jamie Jenkins and I head into the woods to pull down all the arrows, tape, string, signage, pick up trash and whatever else and once those fields are done, I strap a seeder onto the quad and spread grass seed. Meanwhile, the set up crew you see in the pits throughout the race weekend (Griff Cotter, Kevin Warta, Joel Creed, Buddy Jenkins, Chadwick Lynn, and whoever else is helping out those guys in a given week!) becomes a tear down crew as they pack up all the tents, stakes, signage and everything else.

I actually meant to share the next photo last week but I did that thing where I forgot. You ever do that? I did. Anyway, speaking of pulling all the arrows and whatnot off the course, sometimes that get a little interesting when the dozers aren't ahead of you. Naturally, it was still too wet to doze Ironman right after the race so we were pulling arrows in all those deep ruts. Ryan, Zach, Jamie and I decided to work together and just hopscotch each other all the way around. At one point, Jamie and I went a different direction to take care of the other side including the bike only section that ended up getting taken out for the PM. We came across a rut in there that was so deep, it absolutely called for a photo op. So, here's Jamie Jenkins, who is basically about six feet tall, standing in the bottom of a rut... Wearing the only dry, clean(ish) clothes he had left Monday!

Anyway, I remember the days when we seemed to knock out everything, be packed up and rolling out by 4pm on Monday but it seems like it’s become more and more normal for it to take until Tuesday to finish up. I don’t think it’s because we’re moving any slower or anything like that, it’s just that there’s that much more to clean up. There are more course markings, more signage, and more of, well, everything than ever before. The guys have also really taken the time to doze things back as nice as possible and pull that excess dirt back onto the course as opposed to dozing through it and letting it all fluff off the sides.

Realistically, I hate the clean-up process. By then I’m tired from the weekend, usually a little sore and ready to go home (or onto the next event because we don’t always just go home when a race is done) but the extra work really pays off when we come back to a venue, and that’s been even more obvious on these events we’ve doubled up the last couple of seasons. Big Buck is a prime example as the 2021 Big Buck event had some areas that got a bit nasty. We made probably the quickest turnaround we’ve ever had and came back just over a month later and it seemed like a totally different venue. It’s lots of work, but it’s well worth it.

That’s all I’ve got for this week. If you have anything random to share in an upcoming edition of Quick Fill, feel free to drop me a line at [email protected] as we’ve got a long winter break to kill. Enjoy your weekend and we’ll see you back here next week!