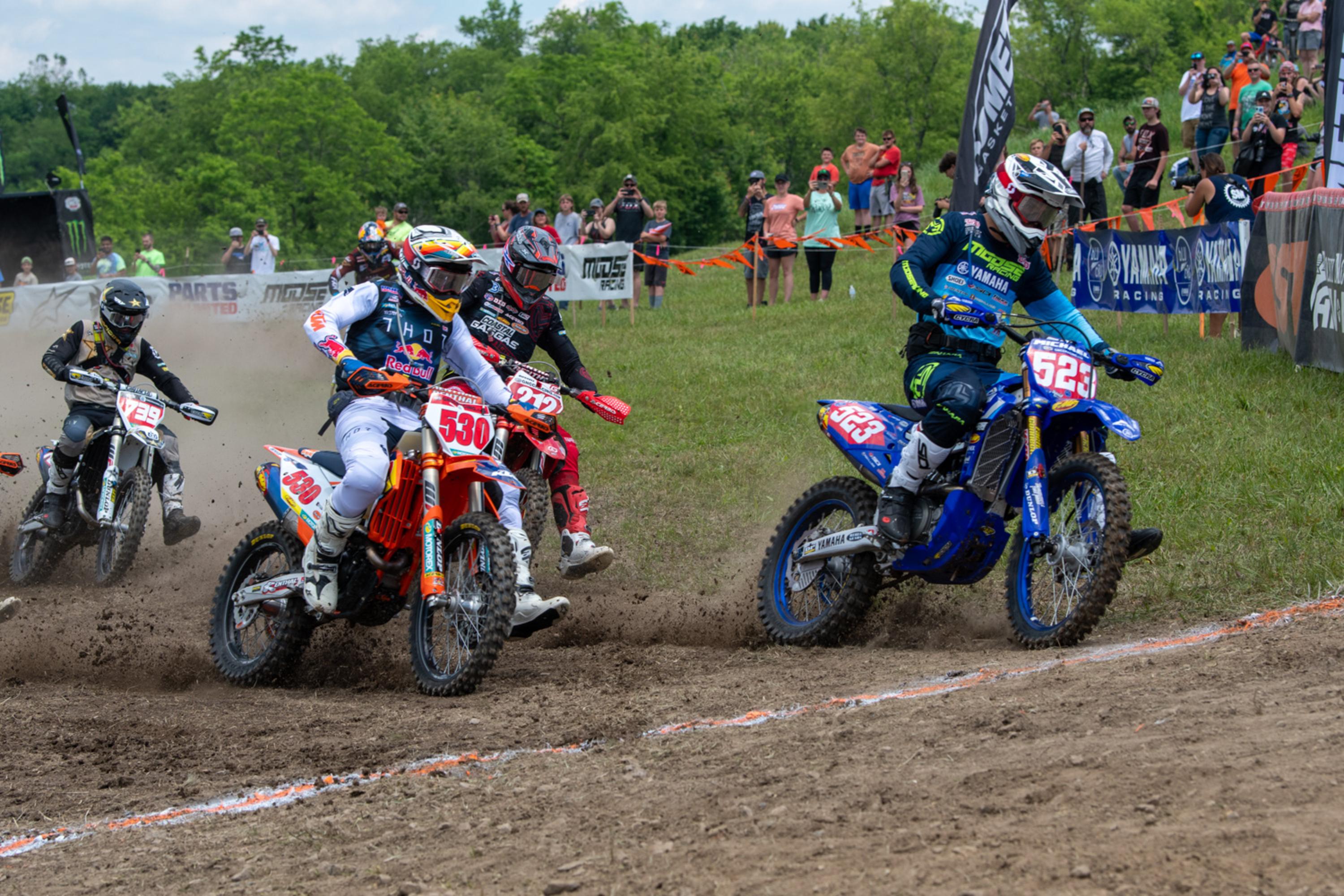 Alright, things are crazy busy on our end and have been for, well, months but they’ve been extra busy the last few weeks. This week’s edition of Quick Fill will be a bit on the quick side but we’ll still run through a few things to get you ready for this weekend’s Snowshoe GNCC. It does seem a bit wild that we’re already approaching the final round before summer break as it seems like we just kicked off the 2021 season yesterday. Regardless if you feel like time has flown or not, it’s crunch time as the season is beginning it’s final leg (although there is a few months break in between)

Snowshoe is always a great way to cap off the first part of the season before summer break begins and this year’s Snowshoe course is shaping up to be pretty darn good. I rode the Cherokee National Enduro several weeks ago and had multiple people asking how Snowshoe was going to be. I think I may have undersold it to you guys a little bit as not only are there some really fun sections of course but there are some pretty challenging areas as well. We’re running primarily on the west side of the mountain, which has that big plateau you end up on. While the plateau itself is fairly flat, getting down and back up requires more than 1000 feet of decent and climbing and when you’re out on the plateau, boy is it rocky!

So, let’s run through what you can expect from this year’s Snowshoe course. From the start, you’ll drop over behind the Snowshoe Village and head out onto some easy ski slopes for about a mile. Once you hit that one-mile mark, you’re going to make a right and drop down the long downhill into Howard’s Hole. The rocks are bigger and more washed out between them than they’ve ever been, so Howard’s Hole is a bit on the difficult side this year. You’ll head out through the Hole and pick up the ski slopes again.

You’re actually crossing in and out of several patches of woods and ski slope all the way over to the two-mile mark. From that one to two-mile mark is going to feel like much, much more than a mile. Honestly, it is about a mile and a quarter between the two as there was nowhere feasible to put the two-mile mark sign at the true two-mile area, so I went a little further to a good sturdy tree before marking the two. From that two to three-mile mark is a mix of woods, a few rocky and muddy areas and some faster ski slopes. You’ll drop down the ski slope called “Lower Hootenanny” to pass the three-mile mark, and then come back up the “J-Hook” slope to head towards Top of the World.

That’s where you’ll cross the main road and head out to the other side of the mountain. When you drop into the woods on the other side you’ll pass the four-mile mark and begin the long decent down the side of the mountain. It’s a lot of turning back and forth, downhill, through the rocks before dropping down an open powerline for just a bit. At the bottom of that powerline, you’ll hook a hard left and head through a tight trail before dropping further down the mountain through, yes, more rocks.

When it finally flattens out for a bit you’ll pass the five-mile mark, which is also a little over a true mile from the four. At the five you catch a little break across a field crossing and drop down onto the plateau. You’ll still work downhill just a little bit before it gets flat for a while, but once it does flatten out you’ll pick up a muddy, flat section when you first start out on the plateau. It dries out just in time to bring you down to a slightly downhill rock garden we’re calling “Zach’s Diszachster” and once you’re through those rocks you get a little bit of a break once again passing the six-mile mark. After the six, you’ll come to a gently sloping uphill section through more rocks that eventually flattens out about the time you hit the seven-mile mark.

Just past the seven-mile mark you’ll come to “Braelynn’s Boulders” which is another downhill rock garden. You’ll go through one section of rocks and just about the time you think those rocks are getting smaller, they suddenly get really big once again. When you make it to the bottom of that, you’ll get a little bit of a break once again as you work through some fun, flowing trails that eventually comes uphill over a couple of big rocks and to the eight-mile mark. Once you pass the eight, you’ll come through some easier sections of rocks and a couple of little muddy spots before you begin working your way back up the mountain.

You’ll pass the nine-mile mark on your initial climb out off the plateau before picking up a long, fast trail called “Shay Way” that eventually brings you to the long and rocky climb up the powerline to pro pits. When you hit the paved road crossing before pro pits, you’ll pass the ten-mile mark, head out and around the pro pits, then come right back down to that paved road again. You’ll head up the road, crossing the main road again and to the 11-mile mark. This brings you to the final mile to the finish, which is actually mostly made up of ski slopes this year.

The woods sections we used to run leading to the finish have been sold to make way for some new development on the property, so we’ll be running some faster trail to the finish for just a bit. There’s not a 12-mile mark sign but if there was it would be right on the finish line as the finish comes 12-miles on the dot! Overall, it’s a pretty fun course and is shaping up to be a great weekend. Don’t miss it!

That’s going to do it for this week as we’re swamped getting things ready to go here at Snowshoe! Enjoy your weekend and we’ll see you on the mountain!