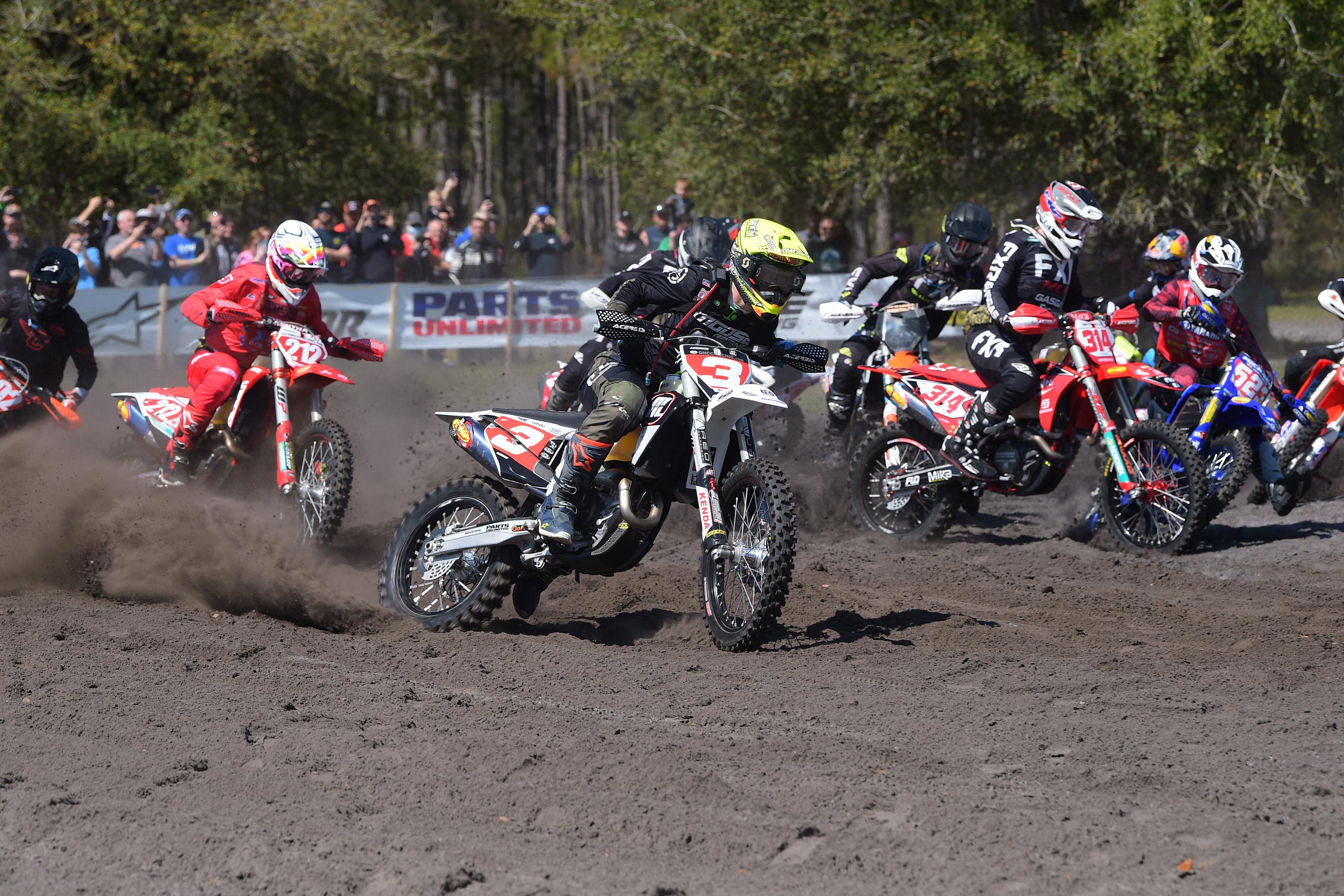 Shout out to Greg Grimm for letting me know he was going through Quick Fill withdrawals.

Three rounds are officially in the books and we’re full swing into the GNCC Racing season. I don’t know about you, but to me it seemed like those first three rounds absolutely flew by and here we already are getting geared up for round four, which will take place next weekend. Not only were those first few rounds full of some great racing and good times, but wow there were some great turnouts. It’s awesome to see so many people wanting to take part in GNCC Racing and it seems like even with large numbers of racers, everything still seemed to move along pretty good at each of those first three rounds.

Next weekend’s Camp Coker Bullet GNCC promises to be another epic weekend of racing as it seems like there’s been a bit of buzz about this event from a lot of people. While we’re headed to Coker a bit earlier than we have in the past, this is a great event and if you’ve never attended it in the past you’ve really missed out. The course is a bit on the sandy side but it’s nothing like the sugar sand we ride in Florida, and with the black dirt mixed in there’s the chance for some really awesome dirt conditions.

We’ll have the lowdown on what to expect out on the course in next week’s edition of Quick Fill, but for now I’ll give a little teaser that there’s been discussion of mixing things up. Moree’s Sportsman’s Preserve, which the event is held at, was able to obtain another section of property and we hope to be able to use it. I don’t want to jinx it or ruin any sort of surprise, so let’s just say check back next week and hopefully the information on the layout sounds a lot different than the last couple of years.

The Camp Coker round really has the potential to produce some pretty intense racing on both the ATV and bike sides. Walker Fowler and Brycen Neal have battled back and forth through the first three rounds, and they’ve also had some challenge from Hunter Hart, Cole Richardson, Jarrod McClure, Chris Borich, and Adam McGill just to name a few. All of these guys are previous race winners and have been on more podiums than anyone can name off the top of their head. It’s going to be pretty interesting to see how the rest of this season unfolds because there are a pretty good number of guys capable of grabbing race wins.

The 4x4 Pro class has been equally as intense. Cody Collier and Landon Wolfe have exchanged wins back and forth through the first three rounds, all while Robbie Pecorari and 4x4 newcomer Brandon Frazier have been challenging them and landing podiums of their own. This class is also heating up and will ultimately be a hotly contested championship battle, but it doesn’t end there, as the WXC ATV class is incredibly intense as well. Three different ladies have claimed wins in three different rounds with Hannah Hunter taking the opening round win, followed by Jessica Elioff at round two and Katelyn Osburn winning round three.

Then there’s the bike side. Wow, three different overall winners in three rounds. That happened in 2019 when Steward Baylor won the opening round in Florida, followed by a Kailub Russell win in Georgia and a Thad Duvall win at Steele Creek. But other than that particular season, the last time there were three winners in the first three rounds was back in 2011 where Charlie Mullins claimed the opening round, followed by Paul Whibley and Josh Strang in the next two rounds. Interestingly enough, those same three guys won the next three rounds that season in that exact same order!

This season, however, wow is it hard to make a clear prediction of what is going to happen. Grant Baylor came out swinging in that opening round to earn the win, and give GasGas it’s first-ever GNCC win as well. Then Ben Kelley and Steward Baylor would claim wins of their own, and now there’s a big question mark as to what may happen at Camp Coker. Josh Strang had a brake issue that hindered his results in Georgia, but he was last year’s Camp Coker winner. If he were to win this year and make four different winners in the first four rounds, well, that hasn’t happened since 2007!

The real astonishing statistic is that Josh Strang has a shot at the 2021 title. If he were to win it would be TEN seasons between two championships. Yes, TEN years! That has never happened in GNCC Racing, and I’m really not sure of any other professional racing series where that has happened. In fact, the longest gap between GNCC titles is held by Scott Summers at just three seasons. Summers won his first three titles from 1990-1992 before Fred Andrews claimed the 1993 title and Scott Plessinger went back to back in 1994 and 1995. Summers regained the crown in 1996, making a three-season gap in his titles but no rider has ever put a bigger gap between titles.

It’s pretty unlikely to find that type of statistic anywhere else. The closest anyone else could come would be Randy Hawkins. Randy won seven AMA National Enduro titles with three consecutive from 1988-1990, two more in 1992-1993, then another in 1996. It would then be an impressive seven seasons before Randy would win his seventh title in 2004. Only time will tell if Josh Strang is able to put together such a wild feat. He really has some tough competition and a number of guys who are looking to take that title for themselves.

The weekend after Camp Coker, which is actually Easter, we’ll be having a Ride Day at High Point Raceway on Saturday. We did one of these last year coming out of the COVID pandemic and it was a lot of fun. Not only will their be open practice on the motocross track, but we’ll also have a woods loop, 50cc track, eMTB course, Stacyc course and all just a generally awesome time. If you’re looking to do some riding the Saturday before Easter, you can get all the info HERE.

There’s more! The weekend following that Ride Day, our friends with the NECXC series are actually hosting one of their races at High Point. That’s still a GNCC off-weekend, so if you’re looking to get in a little more riding before we head back to Big Buck for the Tiger Run GNCC, they’ve got you covered. As always, you can get all the info on their series HERE.

That’s actually all I have for this week. Enjoy your weekend off and we’ll see you back here next week as we get ready to roll into Camp Coker!