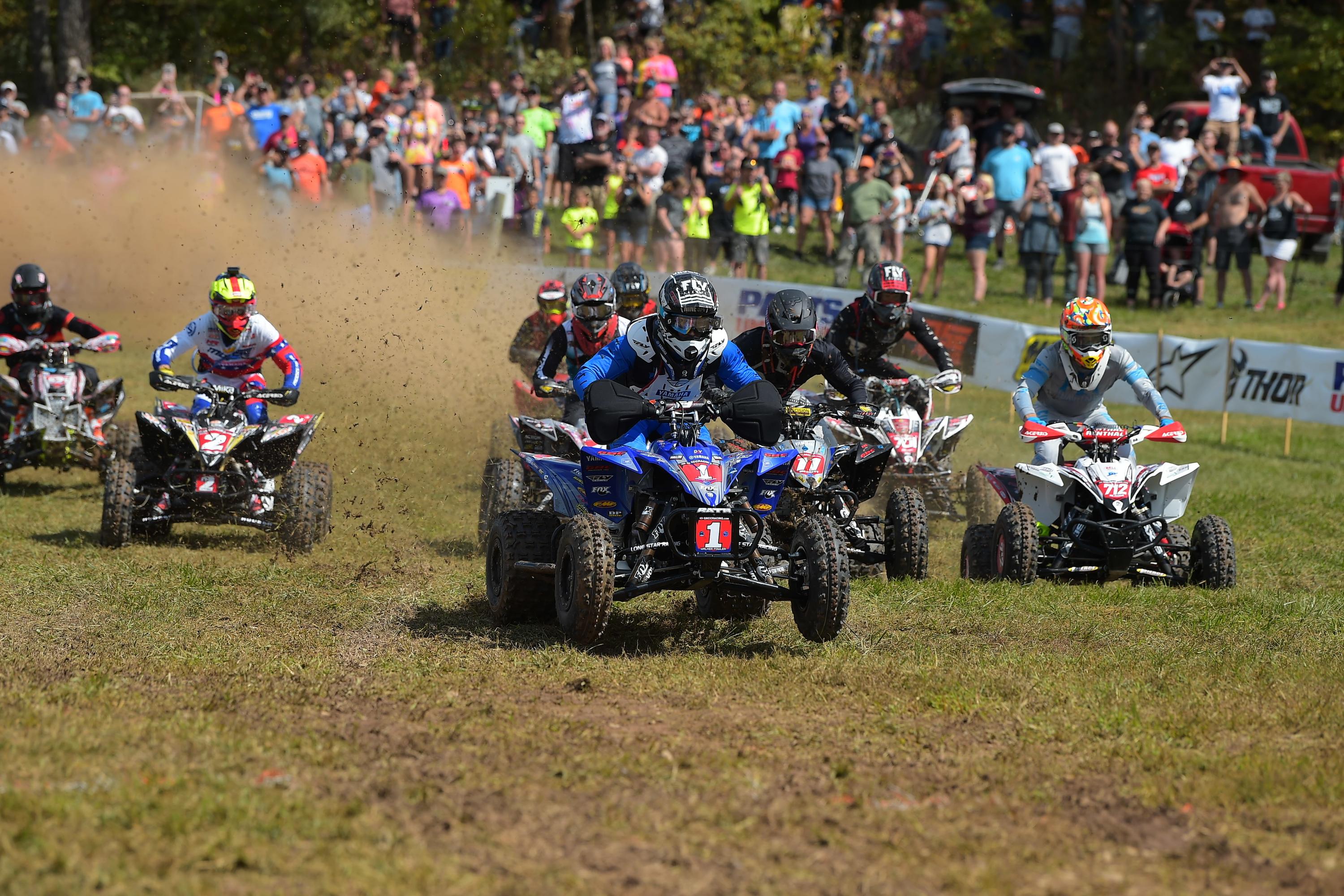 We’re rolling through the off-season and that’s actually progressing pretty quickly into the “pre-season” which will progress into race season before we know it. That’s pretty exciting in some ways but at the same time, if you’re not ready to get off and rolling you should get on the ball because it will be go time in, well, no time! We’ve been wide open not only getting things prepared for the 2021 season but also finishing up things from 2020 as well.

That brings me to the next topic, which are the 2020 awards. If you placed sixth through tenth last season, and filled out the form to confirm your address for award shipping, your award is either already to you or it’s on the way. First through fifth place, your stuff takes a little extra time. The first place trophies are little bit bigger, and first through fifth also got contingency prizes which require special packaging as well. I know it seems like we have a ton of staff at the races, but there really aren’t an overwhelming amount of people who work in our office full-time, and most of us have numerous other projects to take care of, so gathering, packing and shipping all these awards is really only handled by a few great ladies.

They’re working hard to figure everything out but shipping literally hundreds of awards does take a lot of time. The other big factor here comes from the contingency prizes. I’m sure a lot of you may have been dealing with parts, gear and more that is currently backordered. Well, that effects everyone and the contingency prizes as well. We’re working through that as well and will have a full update on awards, contingency prizes and more coming soon. We don’t want to leave anyone in the dark, so stay tuned because we’ll have some more info coming soon. We just want to get all our ducks in a row and communicate the correct info first.

Moving onto some other items, I got a note this week from Kyle Turnis of Moto4Play who along with FCS Racing and Florida Motocross Vacations are hosting a GP race at Spyder MX in Wildwood, Florida January 30-31. They’re actually offering up a good pro purse with $1,000 guaranteed and 100% payback. There are a few stipulations on that Pro class, so make sure to check out their Facebook event and read all the details, but overall it sounds like a really fun event. Check out their Facebook event page HERE for more details.

We also premiered the latest episode of Behind the Bars today, which is actually why I delayed this edition of Quick Fill just a bit in order to include the show. For the first episode back we caught up with Barry Hawk to re-watch the 2007 Steele Creek GNCC, which had that epic battle down to the finish where Barry squeaked by Glenn Kearney in the last corner for the win. We were actually going to have Glenn on as well, but he had other commitments and gave me THE most Australian response possible. Watch the show because I read his message back to me early on in the episode. You can check out the show below.

Next week we’ll roll out another episode of Behind the Bars and it’s actually scheduled to be yet another Steele Creek race, but this one is from 2011 and features the ATVs. Those guys had a race-long battle that came down to the wire with a three-rider battle coming through the final grass track section. It should be a really cool show too and hopefully when I reach out to Adam McGill about coming on the show, he doesn’t moan and groan too much because this is a race he actually wins. Last time I asked Adam on a show, we watched two races that he lost in the final stages and in typical Adam McGill fashion, he had a few words for me to let me know how he felt about having to watch himself lose two races he could have won. So Adam, if you read this before I get in touch with you about getting on the show, just know that this time it will have a better outcome and we won’t be laughing at your misfortune.

We’re only able to squeeze in five Behind the Bars shows before the season starts, but once things wind down later in the year we’ll pick these back up once again. Our schedule is set through the beginning of the season but if there’s a show you think would be cool for us to feature on Behind the Bars later this year, give me a shout at [email protected] but please keep in mind it has to be something we have a real show of already. Please don’t just throw out “1977 Blackwater 100!” because while that would be REALLY cool, chances are there is either zero footage of that, or if there is, it’s definitely not produced into a show for us to watch. A little hint though; Producer Dan has uploaded a bunch of older GNCC shows to the RacerTV YouTube account, so take a look and give me some recommendations!

News has actually been pretty slow this week. I felt like the meme of the little weird looking cartoon person poking something with a stick saying “come on, do something”. In some ways that makes things a little exciting because that means a lot of guys are keeping things a little quiet, but at the same time I’m over here looking for things to talk about in Quick Fill. Scrolling through social media, Stu Baylor and Josh Strang have shared a lot of cool clips of them out riding but Stu may take the cake this week for most interesting Instagram story. Stu was passed by a car that was running from the police, and then in the next clip you see the car in a ditch with a couple police cars surrounding it. That was probably the most interesting thing I’ve seen on social media all week.

KTM did announce their 2021 off-road team and for the most part it was exactly what everyone expected. Ben Kelley and Josh Toth return to the team with Kailub Russell slated to race in select events. The only real change is that the team will be wearing Thor gear in 2021. They had been decked out in Troy Lee Designs gear the last few years, but were a Thor team in the past so while it’s different to see Kelley and Toth in Thor, it’s nothing new to Russell or some of the longtime team members.

We did get one interesting note this past week, and it looks like there’s a team on Pro Row looking for a little help setting up and tearing down at the GNCCs, along with some other tasks. It’s not a full blown team position as it doesn’t require any race-time tasks, so this is perfect for someone who comes with their family to race and would like to help out a pro team beforehand and after the race. Check out the post on our website HERE for more details. While it’s not a full-time gig, that’s a pretty cool opportunity to get a behind the scenes view of a pro GNCC team.

That’s all I have for this week. We’ll be back next week with some more info, we’ll bring back some Throwback Photos and more. For this week, enjoy the Behind the Bars show, enjoy your weekend and we’ll see you back here next week!