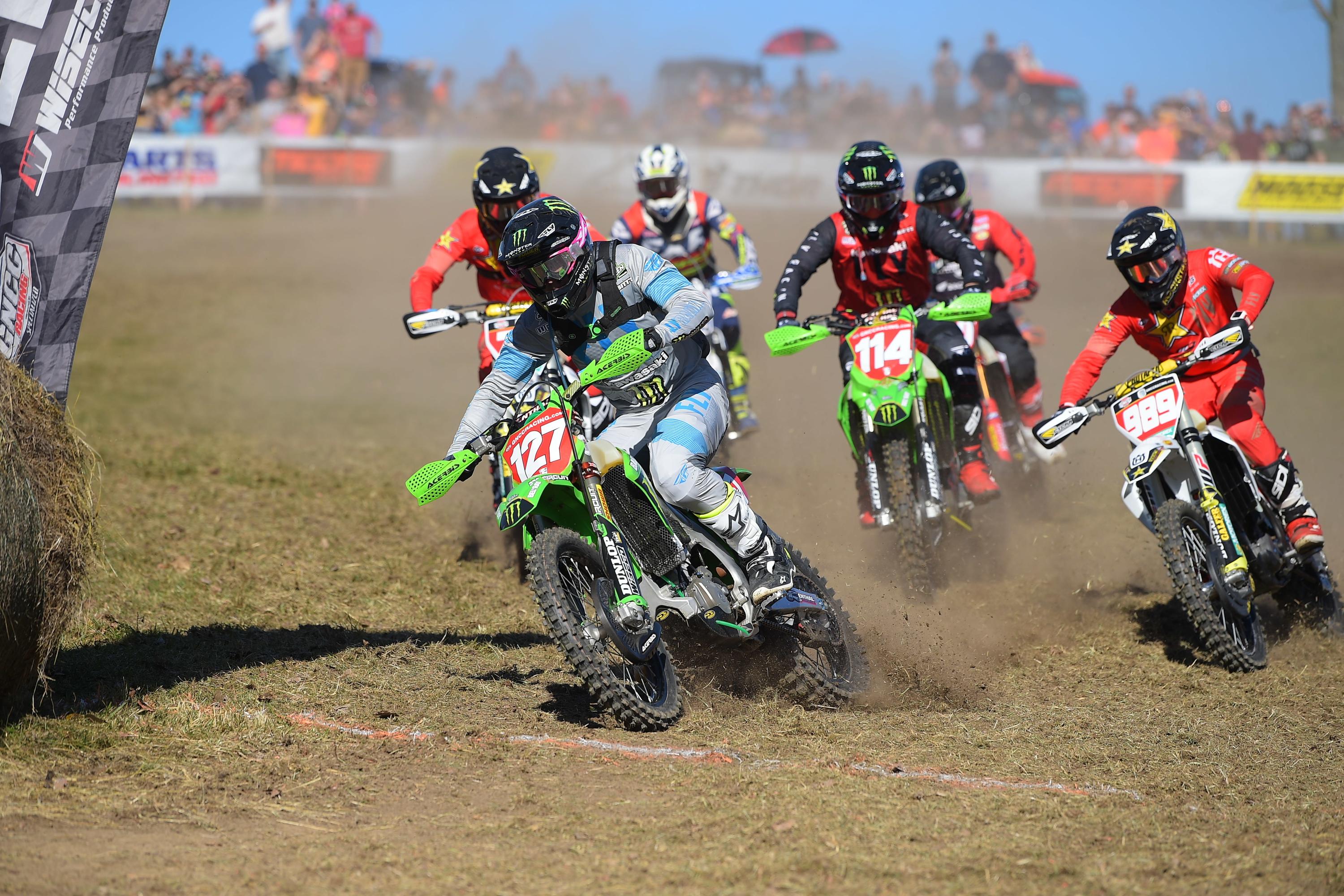 The off-season is officially in full swing as we’re now more than a week past the final event of the season. It’s still early. The novelty of having a “weekend off” is still new to a lot of folks at this point, so it may seem kind of nice. But, give it a few more weeks. This time next month you’ll be saying to yourself; “I wish we were racing this weekend” For some folks, the off-season is just now getting kicked off as there were still other events to contend with this past weekend.

Last week I mentioned the finale of the National Enduro series would be taking place, and basically all Grant Baylor had to do was finish inside the top five to wrap up the title. Well, Grant not only finished top five but also won the whole darn thing and wrapped up his first-ever National Enduro title. Steward Baylor landed second place with Ben Kelley rounding out the podium in third. Congrats to Grant on the title!

While that was going on, our friends with NECXC hosted the final round of their Buddy Race Triple Crown with the team of Liam Draper and Ty Ely taking the overall win. Cole Whitmer and Ian Flynn ended up second with Ezra Prine and Andrew Boggs in third. Then, our own Ryan Echols and Mike Holbert teamed up for the Senior class and came away with the class win. Now, you may say, “Ryan isn’t old enough for a Senior class!” And you’re usually right. He’s 35, but Mike is 62. So, when you add those together you get 97 and divided by 2 is 48.5. For these Buddy Races, the NECXC folks let you split the difference in these scenarios, so they were all good in the Senior class.

I rode my Husaberg FE390 dual sport up to the race and helped do a little course marshaling for the NECXC folks. It rained on and off a few times throughout the day and made for a really slick track by the end. Eventually the rain backed off, but as the guys were loading up their bikes Melissa Holbert mentioned there was a storm about 45 minutes out. I figured I’d better start heading home, which should’ve left me about 10 minutes to spare. Well, I only made it about 1/4th mile up the road and it started raining… Then about a mile later the winds picked up. I was getting hit by crosswinds that were blowing me clear into the other lane a couple times, I was dodging chunks of trees laying in the road, and it was cold and rainy the whole time.

I had just started thinking it would be a good idea to stop at High Point Raceway and hide in the announcer’s tower for a bit since I had to go right by there to get back to my house but just about that time the winds stopped, the rain let up and the sun even peeked out a little bit. It was a pretty weird day, but there was about a 10-minute span of riding that may have been some of the sketchiest conditions I’ve ever ridden through in my life… And I once saw a tree get struck by lightning while riding!

Of course, when I got home I just sat back and laughed about it. I firmly believe that most normal human beings would’ve freaked out after the first gust of wind and bailed off the bike but, and I swear I’m starting to get to my point here, given many years of racing off-road events, it felt similar to another day in the saddle to me. Racers are a unique breed; especially those of us who prefer GNCC and other off-road events. There’s not much that truly scares us, and when you get put in a dangerous or otherwise sketchy scenario away from racing, it just seems almost normal. Your instincts from racing kick in and an ability to keep calm when things don’t go the way they should really come into play in both racing, and unique situations in the regular world.

Moving on, the final top 10 points were posted this week. These are still open for public review. Please check your position and spelling of your name, as this is the list by which your custom year-end awards will be generated from. If there’s any issues, just email [email protected] and let us know.

We also sent out a Competition Bulletin this week announcing that we’ve opened up our annual requests for proposals regarding rules, class changes and more for the 2021 season. As usual, you can email your proposals to [email protected] and we’ll review them. These are typically all discussed during the riders meetings at the banquet, but given the situation with the banquet this year we’ll be conducting those meetings via Zoom calls and they’ll be divided up similar to normal with bike pro, ATV pro, bike amateur, ATV amateur, etc all taking place at different times. For all the info, including how and when to login to each meeting, check out the Competition Bulletin HERE.

We also heard this week that it’s official; Steward Baylor will be riding with the AmPro Yamaha team in 2021. Everyone kind of assumed this would be the case but hadn’t received an official word just yet. Also, it looks like Cory Buttrick will be returning to the XC1 field back with the Factory Beta team once again. Cory rode the Beta several years ago and seemed to mesh well with the bikes. It’s great to see Cory back in the game!

The ATV guys have been a bit quiet so far in the off-season but that means they’re just enjoying the time off so far. However, there’s a lot of potential for some really great ATV racing in 2021. Obviously there was big news over the summer from Walker Fowler as he suffered a non-racing related accident and actually lost the tip of his right ring finger. This isn’t a huge deal, but it’s obviously taking some getting used to. Brycen Neal was on fire at the end of the season winning three of the final four rounds, and Adam McGill and Cole Richardson won two of the other final five rounds.

Walker did sit out the final two rounds to heal from a concussion, but he still was able to wrap up his sixth consecutive title before doing so. As we head into 2021, Walker is still the obvious favorite and will still be the man to beat, but it really looks like Brycen Neal has stepped things up, as has Cole Richardson. Both of these guys could potentially give Walker a run for his money but never count out Adam McGill. He showed this season that he can still win, but at the same time there’s also Jarrod McClure and former champ, Chris Borich.

There’s a slew of ATV riders who can all step up and challenge Walker in 2021. This sets up huge potential for one of the most exciting seasons we’ve ever seen. I said the exact same thing about the bike side last week, but it also holds true with the ATVs as well. With so much talent on top of their game at the moment, the 2021 season could definitely produce some of the tightest and most competitive title chases we’ve ever seen.

Of course, there’s a long off-season to get through before then. There’s a lot of time to prepare, and a lot of preparations that need made. That’s all I’ve got for this week. Enjoy your weekend and we’ll see you back here next week for another edition of Quick Fill.