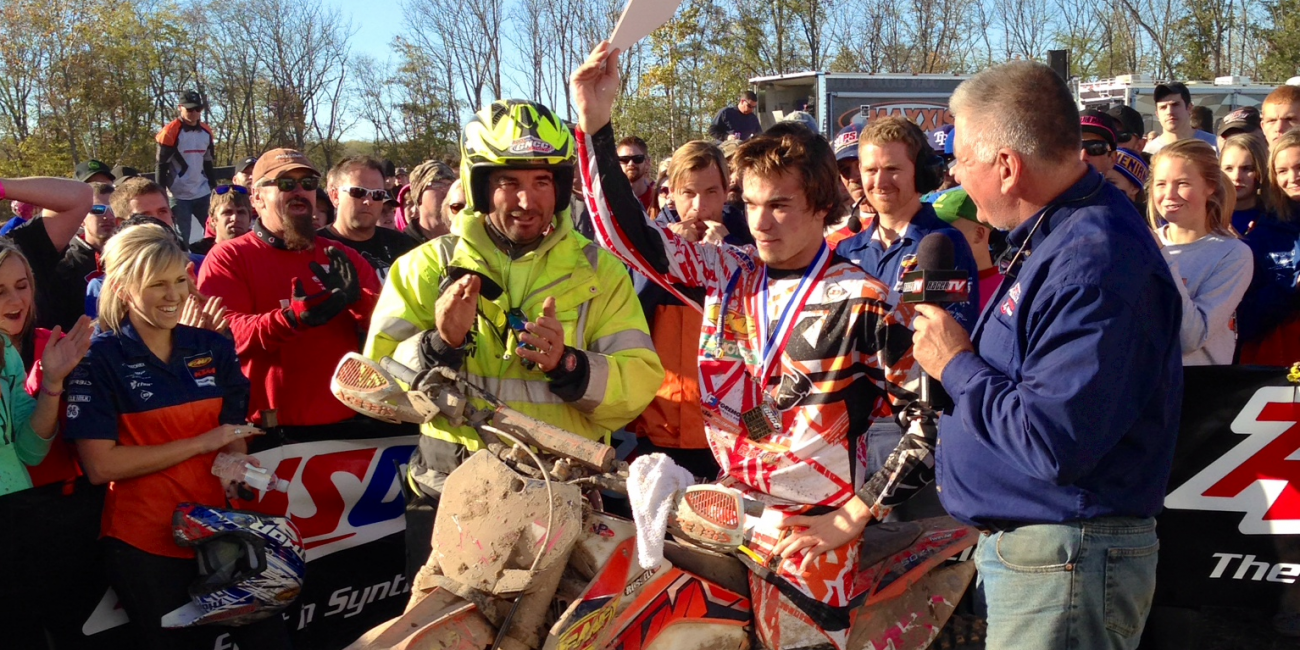 Heading into the final round of the 2013 AMSOIL Grand National Cross Country Series, only two points separated Factory FMF/KTM teammates Kailub Russell and Charlie Mullins in the National Championship standings. It was a winner-take-all affair at the AMSOIL Ironman GNCC finale and it was Russell who prevailed, clinching his first career XC1 Overall National Championship after three-hours of close racing competition.

It wasn’t without a fight from his teammate Mullins, who lead the early stages of the seven-lap race. Other riders such as AmPro Yamaha teammates Paul Whibley and Jordan Ashburn mixed it up in the early portion of the race as well. Two riders that were poised to fight for a podium position were Shenandoah Honda/USWE-Sports.com’s Thad DuVall and Rocky Mountain ATV/MC’s Josh Strang, who each put on a hard charge in the first half of the race. On Lap 4, both riders fell victim to the rough and tumble Ironman terrain as they each experienced a race ending crash at the season finale.

In the XC2 Class, it was F.A.R Husky’s Andrew DeLong who once again topped the XC2 Pro Lites division, followed by Ohio’s Scott Grills in the second place position. Pennsylvania’s Shane Hufford Jr. maintained a sold position all afternoon, securing his third podium finish of the season in the XC2 Class.

However, it was young buck Grant Baylor who stole the glory at the end of the three-hour race, as the 16-year-old became the youngest racer to secure an XC2 Pro Lites Championship in his rookie year of compeition. Baylor finished sixth for the day at the Ironman, just behind his closest compeitior in the championship - Jason Thomas.