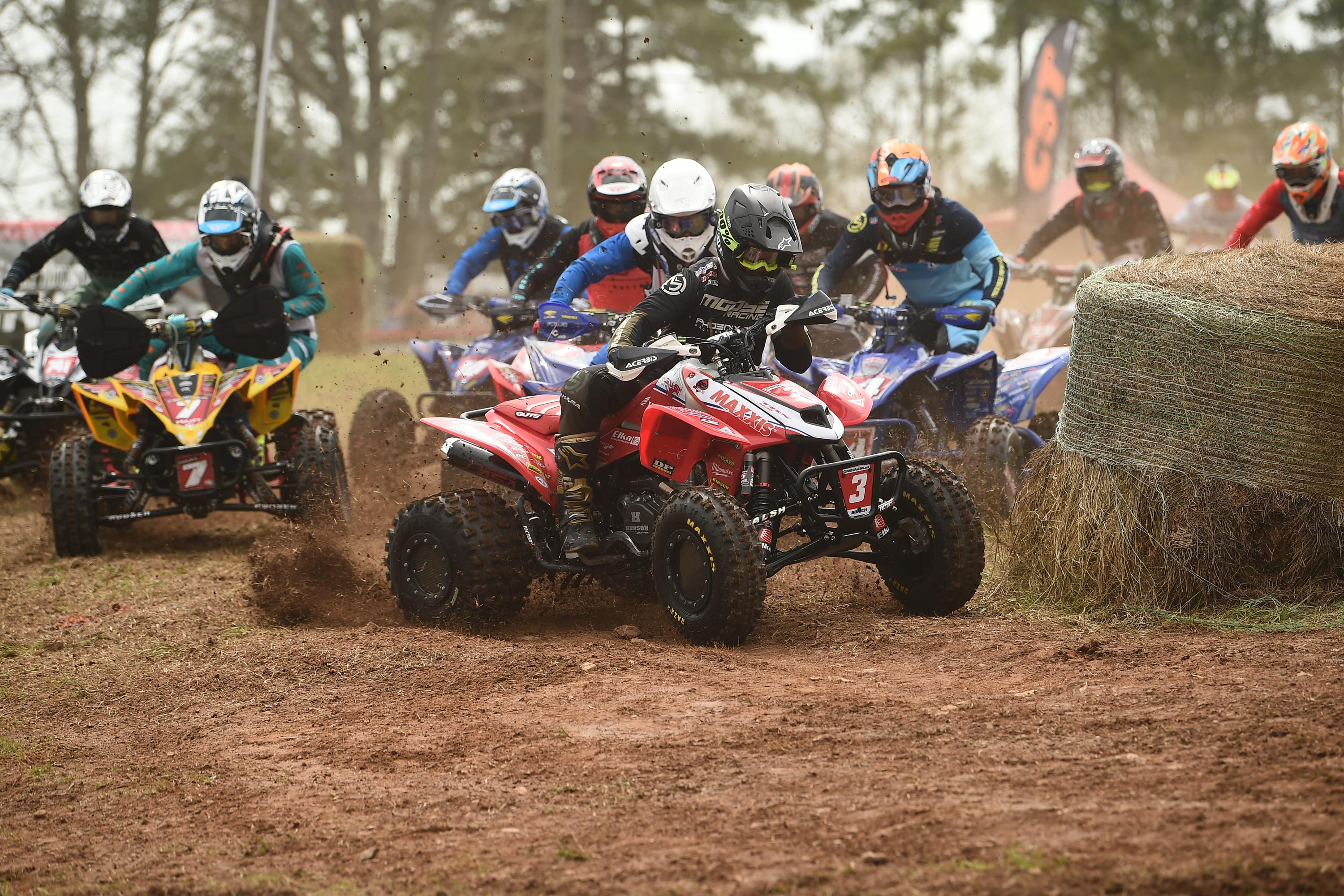 Last weekend’s virtual banquets actually turned out pretty darn cool! Sure, it’s not the same as having a banquet in-person but overall it was still a lot of fun. To those who sent in videos, or those in the top 3 who joined via Zoom, Thank You! We understand this “virtual” thing wasn’t for everyone but if you skipped out just because you didn’t even want to try it, well, you actually missed out on a good time. It turned out to be a bit longer than a normal banquet but the magic of online streaming is that you could leave and come back as much as you want.

With the Virtual Banquets also came info on the 2021 GNCC schedule. We’re finishing up the full, proper Press Release soon but if you haven’t already seen it, just scroll through the various GNCC social media accounts and you’ll find the schedule. I mentioned this last week, but given a certain amount of uncertainty still floating around, we do have a bit of a non-traditional schedule this year. We’ll be racing Big Buck, Ironman and John Penton twice with the second Big Buck being dubbed “Tiger Run”, the first Ironman event named “Hoosier” and the second Penton round called “Burr Oak” once again.

Some folks aren’t huge fans of running two events at a single venue in a single year but what we learned in 2020 is our crew is adaptive and creative enough to make the second event feel totally different than the first. So, don’t expect to show up and just ride the same tracks backwards; they’ll each have a pretty different feel. We did check out a couple of facilities in the southeast and while we saw some really, really nice pieces of property the issue at the moment is having enough parking. One property we checked out is still relatively new and working to expand parking, so it’s still a possibility for the future. Another couple of properties we looked into have been around for a while, and are working towards some big changes which could be possibilities in the future as well.

Of course, if you know of somewhere that has 500 plus acres, with somewhere close to 100 acres of parking drop me a line at [email protected] with the details. There are a number of folks who have sent in some various properties in the northern part of the country, and huge thanks to them. We’ve got a small list of places to check into for the future, but what we’re really looking for are some places in the southeast. So, give me a shout if you have somewhere in mind.

If you’re not a big social media user, or didn’t watch the Virtual Banquets you may have missed some bad news concerning Lucas Grounds. Last week Lucas suffered a devastating spinal cord injury from a relatively slow crash. Lots of folks around the races know Lucas personally. He’s a great young man with a great attitude and while this is a life-altering injury, Lucas is a strong and motivated guy. We put out some info earlier this week on ways you can help out, so check that out HERE.

That’s actually all I have for the intro this week. We’ll continue our look back at the 2020 season below and continue with some Throwback photos, although it gets a different name this week since I’m actually a day late. Doh! Enjoy your weekend, and check back next week for a special Christmas Eve edition of Quick Fill.

Once the opening round at Big Buck had concluded, attention would then turn to the sands of Florida for the Wild Boar GNCC, followed immediately by The General GNCC. These two served as the opening rounds for many years, but once the Daytona Bike Week dates changed a bit, we moved Big Buck to the opening round and its turned out to be a really cool new tradition while also getting to play in the Florida sand as well.

When the green flag flew for the ATVs at Wild Boar it would actually be Brycen Neal setting himself up as the early leader. Opening round winner, Walker Fowler, would be left working his way through the pack in the early stages of the race, ultimately coming around in sixth place at the conclusion of lap one. Neal would lead the first two laps with Jarrod McClure and Chris Borich battling for second and third on the opening lap, before Fowler would work his way into second on lap two and Cole Richardson would make his way into third.

Eventually Fowler would work his way into the lead with Neal in second and Richardson in third. That’s how they ran when the white flag flew, and they still ran that way when the checkered flag flew as well with Fowler taking the win over Neal and Richardson rounding out the podium in third. Hunter Hart would end the day in fourth with Jarrod McClure rounding out the top five.

On the bike side Kailub Russell would lead the race wire to wire to take the overall win. Josh Strang put in a really impressive ride, working his way from as far back as eighth place on the opening lap, up to fifth, then to fourth, then third, and then to second by the end of the race. Ricky Russell would put together a similar ride coming from sixth place at the beginning of the race, then to fourth, then third and ran as high as second before ending the day on the podium in third. Jordan Ashburn would end the day in fourth and had even ran up in second place for a portion of the race while Andrew Delong rounded out the top five after working his way back from eighth place.

In the XC2 class, Mike Witkowski would lead the opening laps of the race before Johnny Girroir would make his way into the XC2 lead on lap three and hold that lead until the end. Girroir would take the win ahead of Witkowski with Craig Delong rounding out the XC2 podium in third. Cody Barnes would end the day in fourth place while Evan Smith rounded out the top five of the XC2 class.

From there the series would transition from the deep Florida sand to the Georgia red clay. For Walker Fowler it would be a return to the type of ride he strives for, as he would lead wire to wire for the overall win. It would be a no-drama type of ride, as on the second lap he would begin to establish a lead he would extend through the final two laps. This time it would be Brycen Neal working his way through the pack, coming from seventh place on lap one, up to fourth, then to second place when the checkered flag flew. Chris Borich would put together a solid ride on the day to round out the XC1 podium in third.

The biggest excitement of the weekend would come from the XC1 bikes. Jordan Ashburn would lead the opening lap with Steward Baylor and Ricky Russell hot on his heels. Lap two would see Steward Baylor making his way into the lead which would set up a back and forth battle between Baylor and Kailub Russell through the rest of the race. When the white flag flew, Baylor would hold the lead with Russell right on his rear wheel. The two would swap the lead back and forth through the final lap, and as they came out onto the motocross track for the final time Baylor would hold the lead.

As they approached the final stages of the motocross track Baylor would drift wide in a turn while Russell would dive to the inside and make the pass. Russell would hold the lead into the finish for the overall win ahead of Steward Baylor. Josh Strang would once again work his way through the pack, coming back from sixth on the opening lap to end the day in third. Grant Baylor would finish the day in fourth while Ricky Russell rounded out the top five.

With the conclusion of this round the series would then be forced into an unplanned break with the COVID-19 pandemic. Next week we’ll pick back up with round four, where the series returned to action for the first time out of the pandemic.

Since we're a day late, instead of calling it Throwback Thursday this week, we're calling it Flashback Friday. Here's this week's crop of throwback, er, flashback photos.