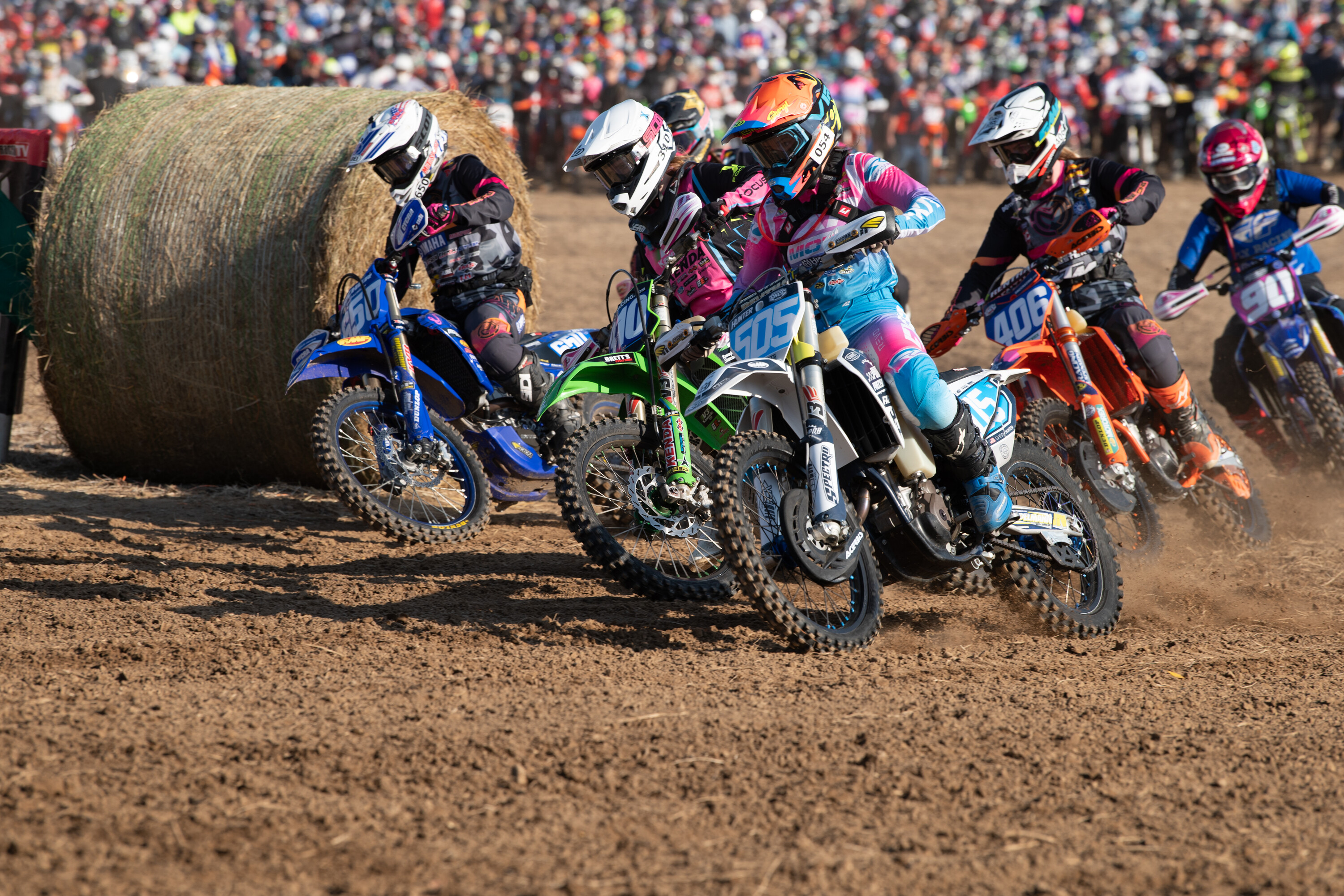 Also, we’ve had some calls and emails from folks who might be a little bit confused on who gets awards at the banquet. The easiest way to know is to check out the 20222 Top Ten lists HERE. Oh, and also be sure to check the spelling of your name on that list as that’s what is used for the custom-made awards. Now, just because that’s the Top 10 doesn’t necessarily mean that there are 10 riders in every single class who receive awards at the banquet. In order to receive an award, you must have raced in a total of nine events with six of those being in the same class.

So, if you only raced eight times and finished inside the top ten, you actually are not eligible for an award at the banquet. Or, if you did enough races but finished outside the top ten, you also will not receive an award. Of course, you’re still more than welcome to register for the banquet, have dinner and hangout with everyone if you so choose. Just because you’re not receiving an award does not mean you’re not ‘allowed’ to come to the banquet.

Prior to 2020 we held Riders Meetings in conjunction with the banquet each year. When COVID hit, we moved this over to an online Zoom-based meeting and it actually worked out pretty well. Doing it at the banquet always left everyone sort of strapped for time either getting ready FOR the banquet or getting ready to head home, or for us getting all the trophies ready. Doing these online also gives the opportunity for those who aren’t attending the banquet a chance to voice their opinions as well.

We’ll be doing them online once again this year divided up across several different dates. We’ll have specific meetings for ATV Youth, ATV Amateur, Bike Youth, Bike Amateur, eMTB, plus ATV Pro classes and Bike Pro classes. Check out the Competition Bulletin HERE for the exact dates and times for each.

Did anyone happen to catch the Thursday Night Football game between the Carolina Panthers and the Atlanta Falcons? If you did, you might have seen a familiar face. Those of you who are longtime GNCC racers, or racers from the Carolinas undoubtedly know Buren Hamrick. Buren spent many years as the GNCC Lieutenant Trail Boss and has ran the Mid-East Hare Scramble Series for over 30 years. Well, about two hours and 25 minutes into the broadcast of the Panthers versus Falcons game, there was none other than Buren himself along with his lady Sheila who helps run the Mid-East events as well. Shout out to Tyler Shepardson for snagging a photo of his TV!

Now, I look at this picture and, in my mind, I see total focus in Buren’s eyes. He is more than likely studying that entire two-and-a-half-acre football field and determining how many miles of grass track he could squeeze in there. And yes, I did say ‘miles’ with an ‘s’ on the end. If you’ve ever ridden one of Buren’s courses, then you know he’s a mastermind at maximizing mileage in confined spaces. You might be turning more times in two miles than you do on the way to the race, but he has a knack for squeezing it in there.

The College A class has been a hotbed for upcoming talent for a number of years. This year saw a really close battle for the championship with the top four riders separated by just ten points in the end. James Glauda would sweep the first five rounds of the season to open up a fairly comfortable points lead. He backed that up with another win at Mason-Dixon, and even with a pair of finishes outside the top five, he still held on to claim the class championship. Layne McCormick would be Glauda’s closest competition as he came on strong late in the season to claim four consecutive wins of his own to claim the second-place position, just two points out of first. There would end up being a tie for the third-place spot between Keaton Henderson and Daulton Keyes, and with both riders claiming one win each the tie breaker would then come down to the better finish at the final round. Henderson would actually claim the Ironman win, giving him the edge for the third-place spot with Keyes ending the season in fourth. Nathan Dearborn would round out the top five with several top three finishes.

In the Junior A class, Jeremy LeDonne would prove to be the rider to beat as the series began to shift north. In the first five rounds of the season, LeDonne and Alex Elioff would swap race wins back and forth before LeDonne would go on a tear taking seven consecutive wins from round five through round 11, then another win at the Ironman. Elioff would ride a very consistent season on his own, never finishing worse than fourth place all season long to end the year second place in the Junior A class. Seth Wilson put together a number of solid races, landing a total of six top three finishes and two additional top five finishes as well to end the year in the third place position… Oh, and he pulled a bit of double duty by helping out the track crew with an extra hand riding sweep on Sundays! Caden Rine and Devin Masters would finish fourth and fifth, respectively with a close battle of their own ultimately finishing the year just five points apart.

The Vet A class has been a highly competitive class for a number of years. Frequently guys who are ready to step away from professional ATV racing end up in the Vet A class still battling it out with some really fast guys who never quite made it to that professional level. Once again the man to beat would be Jeff Pickens who would snag his fifth Vet A class championship, but would do so with just four wins throughout the season. Kevin Yoho played spoiler at five of the six rounds he showed up for, and Vet A newcomer Michael McAvoy would prove to be a tough challenger as well. McAvoy claimed two wins of his own but was incredibly consistent and only finished outside the top five twice all season, which propelled him to a second place finish in the class. Thomas Koontz is another perennial Vet A challenger who rode a solid season claiming a pair of wins and four additional top three finishes on his way to the third place spot, edging out fourth place rider Brad Whitehead by one point while Jonathan Fugate rounded out the top five.

The last class we’ll take a look at this week will be the Senior A class where Zachary Phillips dominated a majority of the season to take the class championship. Chris Conklin would knock out the first two wins of the season before Phillips would win nine of the next 11 races! Conklin would ultimately finish the year in second with Jeremy Gushard taking the third-place spot after a consistent year with eight top five finishes. Ronald Varndell transitioned from the 4x4 ranks to the Senior A class and would end the year with a solid fourth place finish thanks to a total of six top three finishes, and rounding out the top five was none other than The Marlboro Man himself, Todd Moskala who picked up one win and never finished further than eight place all season.

Like I’ve said the last few weeks, we’ve got a long off-season on the horizon so we’ll continue to save more goodies for the weeks to come. We’ll keep recapping some more classes and update you on any other new news that comes up in next week’s edition of Quick Fill. Until then, enjoy your weekend and we’ll see you back here next week.