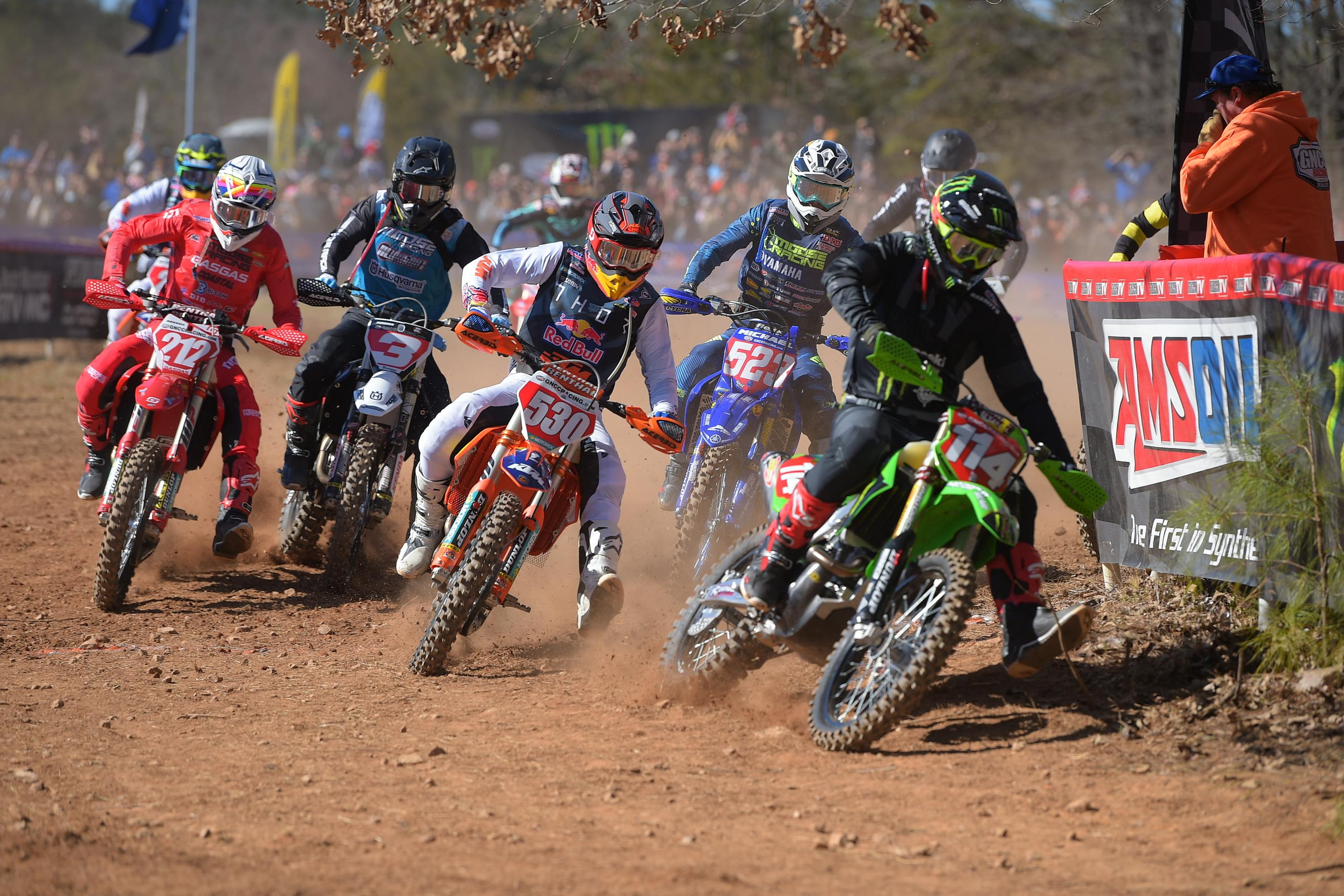 Thanksgiving has come and gone, and we hope you enjoyed some time with family, friends, yourself, your motorcycle or ATV or whoever you spent Thanksgiving with. The GNCC Racing Nation really has a lot to be thankful for whether you’re racing, helping out a racer or just spectating, simply being able to attend any sort of event gives you a lot to be thankful for as there’s plenty of people who don’t even have that type of luxury.

If you happen to miss it, although you likely didn’t, the 2022 GNCC schedule came out the day before Thanksgiving. If you did miss it, you can check out the press release HERE. The schedule is nearly identical to 2021 with a couple changes early in the year. As of right now, the third round of the series is a TBA on March 26-27. We had raced Camp Coker this weekend in 2021 and went back to Big Buck for the Tiger Run two weeks later. The folks at Camp Coker still have a lot of shooting and hunting activities going on in March, much more so than they do in April, so they really needed to move back to their traditional April date.

So, instead of just going back to Big Buck five weeks after the opening round we’ve been actively looking for a replacement to fill that TBA slot. We’ve heard from a lot of folks with venues in various places, but we really need that round to stay in the southeast as the weather is still much more favorable down south, and logistically it’s key for the GNCC track crew who generally stay down south from that opening round through at least round three and sometimes longer.

We had a discussion going with a potential venue for that TBA round, but there were some scheduling conflicts with this particular location for 2022. With that said, we’re looking at a few other options for that TBA round but will circle back around to the aforementioned place for 2023 because, well, it would be a really cool place to have a race! I also saw some of the social media comments regarding some of the repeat events on the schedule. Generally, it seems like most people didn’t mind the repeat venues as each race felt totally different but there were a few folks who weren’t too thrilled with racing a couple of venues twice again.

The schedule is set, and we’ll do those repeat venues again in 2022, but we did receive emails from several places reaching out saying they could potentially host an event in the future. So, we’ll look at the options of these places moving forward. While the 2022 schedule is already set, if you have 500+ acres with somewhere around 100 acres suitable for parking, still drop me a line at [email protected] and let me know what you have, if you haven’t reached out already.

Next up we’ve got the banquet to look forward to, which is just around the corner and coming up next weekend. If you’ve never attended the banquet in the past, it’s a pretty good time with everyone getting together away from the track, recognizing each other’s accomplishments and just generally enjoying the time hanging out. If you’re planning on coming and haven’t already registered, the deadline is Tuesday. Check out the banquet event page HERE for more info.

Also speaking of the banquet, we’re still taking nominations for various specialty awards. Now, we’ve seen a lot of votes for Steward Baylor for the Comeback Rider of the Year and he’s definitely deserving but there’s just one small problem… We gave him that same award last year! So, Stu and everyone who voted, if you don’t end up with that award (again) it’s not because we don’t think you’re deserving, it’s just because we want to spread the award around a bit.

The awards we’re taking nominations for are Comeback Rider of the Year, Pit Crew/Mechanic of the Year and the Caselli Good Steward Award for people who are great ambassadors of the sport. If you would like to nominate someone, you can get more info and fill out the form HERE. Please keep in mind that we prefer the nominees to be people who are in attendance at the banquet because it’s much more rewarding for everyone involved, but of course we’re open to nominations for anyone!

That’s actually going to do it for this week’s edition of Quick Fill as we keep it a bit on the quick side but be sure to check back next week for the latest banquet info. I’m likely hitting the road Sunday to check out a couple of potential properties for that TBA round, so without jinxing things with more details let’s just say keep your fingers crossed we find some possibilities… Or again, if you know of somewhere in the southeast that could potentially fit that TBA round (500 acres with 100 or more acres for parking) let me know at [email protected] right away. Until next time, enjoy your weekend and we’ll see you back here next week.