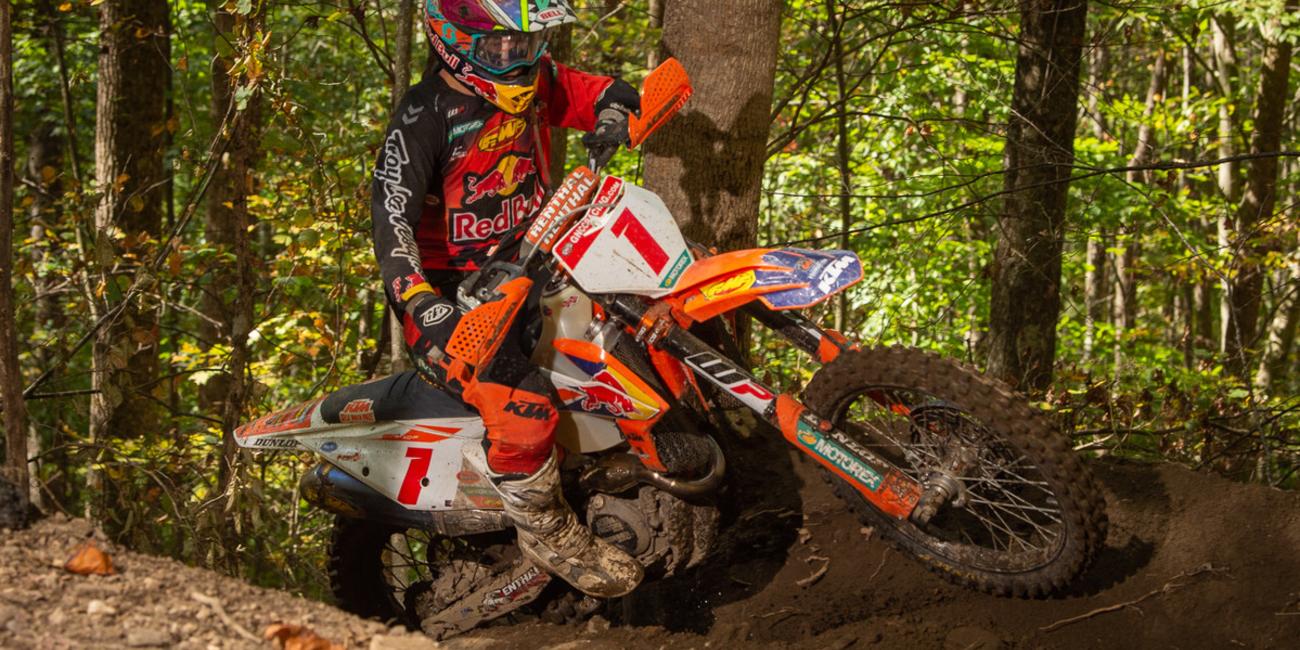 MURRIETA, Calif. – Following a very decorated career in professional offroad racing, FMF KTM Factory Racing Team’s Kailub Russell has announced that 2020 will mark his final XC1 season in the AMA Grand National Cross Country Series as he competes for his eighth-consecutive title in the premier class.

Heading into his 10th season on the front row, Russell has become a dominant force over the last decade as he currently holds the most overall bike wins in GNCC’s history at 60, while also sitting second behind Ed Lojak (nine-time champion) on the series’ all-time championship list with seven consecutive XC1 Pro titles. But his list of accolades doesn’t stop there, as a two-time member of the International Six Days Enduro (ISDE) gold medal winning American team, two-time Full Gas Sprint Enduro Pro Champion (2015 and ’19) and 2015 AMA National Enduro Pro Champion, Russell has seen much success at the highest levels of offroad racing and he looks to conclude his professional career on a high note in 2020.

Russell:“It’s tough to walk away from all I have ever known. Unlike most though, I can say that I have given my absolute best as a racer and not left any stone unturned throughout my GNCC career. Racing has taken a toll on my mind and body throughout my lifetime but it has opened more doors and opportunities than I could have ever dreamt about. I’m going to continue racing until the end of 2021 at least, but with a limited race schedule as I transition into the next chapter of life. While the 2020 season marks my 10th and final year as an XC1 competitor, I’m just as ambitious and motivated for my last as I was my first.”

Team Manager, Antti Kallonen:“Kailub has had an absolutely stunning career in racing GNCC and he still continues to push forward in his winning ways but everything has its end and the time is coming with Kailub. Looking back as he starts his 10th year in the GNCC XC1 class, it is truly remarkable what he has accomplished as a rider but also what he has brought to the team and KTM over all these years and we look forward to his final year for him to produce yet his best performance in his career.”

In addition to competing in the 2020 GNCC Series, Russell will also defend his two-time championship status in the 2020 Full Gas Sprint Enduro Championship.

For more information on KTM and its athletes, please visit www.ktm.com/us.