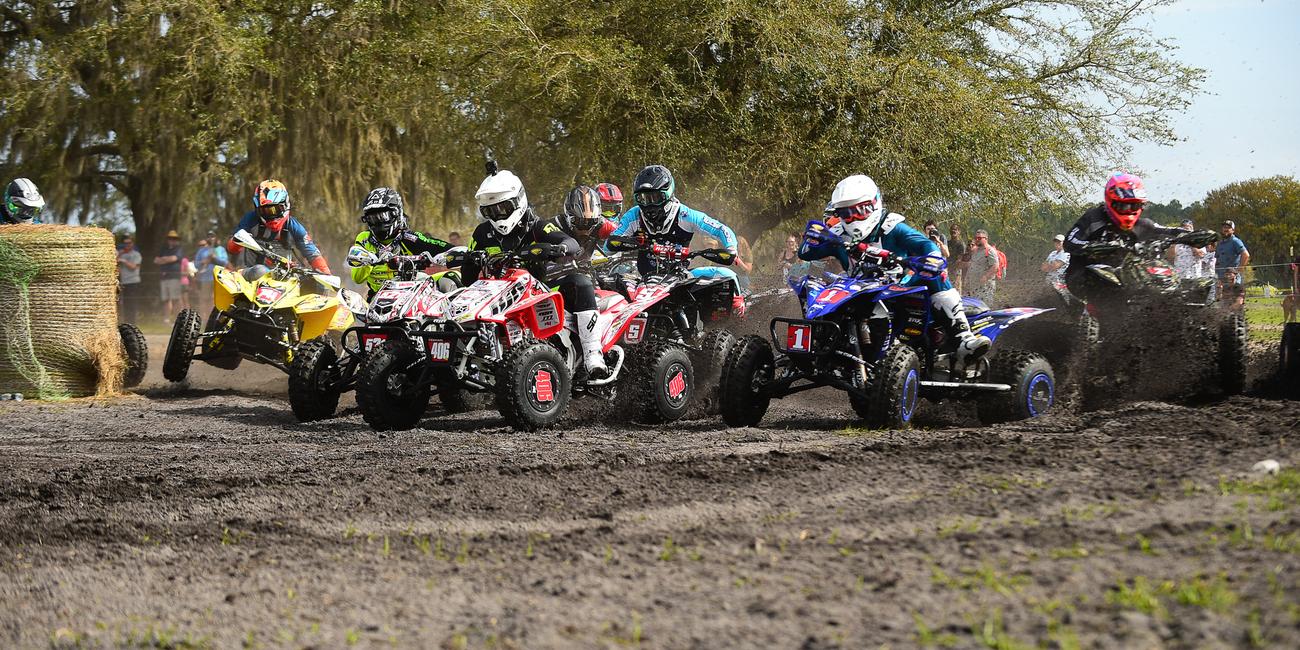 Quick Fill #3: This Week in GNCC

It’s beginning to seem like the off-season is flying by, as we’re now just a hair over a month away from the opening round of the 2020 GNCC Racing season. This is an exciting time of the year as this is when everyone is full force making preparations for the new seasons and it’s only a matter of time until things go into “final preparation” mode in just a few weeks. This also means there’s a lot of riders getting in seat time, and we’ve talked about these off-season races several times in the past few weeks, and with more opportunities on the horizon, things are only going to get even more exciting.

A few weeks ago I mentioned the upcoming Denver Team Races in North Carolina. Due to some wet weather and more in the immediate forecast, they’re actually pushing that event to next weekend, January 25-26. Everything else with the event will remain the same. ATVs will race on Saturday and Bikes will race on Sunday. Both will be four-hour team races with two-rider teams or you can race solo in the Ironman classes. They’ll also have youth races both days, which will run as a traditional hare scramble event. Andy Barkley and Mike Culler are the two guys running this event, they’re both experienced race promoters and they help us out each year at Steele Creek, so expect a fun event. Check out their Facebook Event HERE for more info.

We’re also fast approaching the opening round of the AMA National Enduro Series, which usually gives GNCC fans a cool teaser of riders’ new bikes, new gear and more. Once again, Sumter will play host to this opening round and this is always a really cool event. The pre-entries sold out in less than 13 minutes, which is a testament to just how popular off-road racing is these days! For race fans, many eyes will be on Steward and Grant Baylor as this will be most people’s first preview of these guys on their new Factory Sherco rides.

I discussed this a few weeks ago and it’s cool to see another manufacturer enter the pro ranks. Sherco is unproven at the top level of GNCC Racing but someone needs to lay the ground work to help get them there, and that’s exactly the route the Baylor Brothers are taking. I’ve seen a lot of folks on social media saying they really enjoy the Shercos. They’re great bikes and with the Baylor Brothers helping out, they can only improve from here.

It’s been pretty quiet on the ATV front as the majority of the guys are just revamping their current efforts because, well, they know what works for them so why change it? Make some adjustments here and there and get back to racing! This is also really cool to see because it means the top ATV talent has gotten so good at what they do, they’re just as much a team technician as they are racers. One cool thing to come from the ATV side this week is a really nice video from our friends at GBC. They put together a “Getting to Know” video with Traci Pickens, and it’s well worth the watch! You can check that out HERE.

Rachel Gutish did this week’s edition of Tuesday Toolbox with Charlie Mullins. Charlie talks about his eMTB career and what he’s up to these days working with the folks at MotoTees, plus some other gigs he still does. This one is another really cool read and you can check that out HERE. For those who may not know the whole backstory Charlie’s wife, Rachel, is the daughter of MotoTee’s founder, John Ayers. John was an accomplished motocross and off-road racer in his own right, even winning the 1980 Blackwater 100. So with Charlie now working full-time at MotoTees, those folks continue to have a stronger backing from very accomplished racers!

That’s going to do it for the intro this week. We’ll continue our recap of the 2019 season, picking up with round three at Steele Creek. And, since news is light this week we’ve got some Throwback Thursday photos to include this week as well. Enjoy the rest of Quick Fill, and enjoy your weekend!

With the opening rounds of the seasons in the books, round three of the 2019 season would see the series head to North Carolina for the Steele Creek GNCC. Everyone knows that Steele Creek is one of the most popular events of the season with a huge turnout of racers and spectators alike. Steele Creek is also likely the most unpredictable event of the series, as you never know what to expect from the weather, or the race itself.

On Saturday’s ATV race, it would once again be business as usual for Walker Fowler as he jumped out to the early lead and would lead the race wire to wire to take the overall win. Cole Richardson and Brycen Neal would battle back and forth for the second place position throughout the early portions of the race but on the fourth lap Richardson would suffer a freak mechanical issue that resulted in an extremely hard crash. Luckily, Cole walked away uninjured but the crash would end his day early and take him out of contention for a podium finish.

Brycen Neal would hold on to end the day in second place while Jarrod McClure, who was running in sight of Neal and Richardson, would end the day in third for his first podium of the season. Adam McGill came from the sixth place spot on the opening lap to end the day in fourth place while Chris Borich rounded out the top five. It wouldn’t prove to be an overly dramatic day on the ATV side, other than Richardson’s get off, but the race was still an exciting one as all of these guys kept battling throughout the entire event!

As for the bike race, it would actually see it’s fair share of drama! Kailub Russell and Thad Duvall would battle through the entire race, swapping the lead numerous times throughout the three-hour event. While all of this was going on, hometown boy Trevor Bollinger was hot on their heels in third place waiting for an opportunity to pass both riders. This would continue all the way to the final lap, with Kailub Russell leading the way. As they approached a mudhole on this final lap, a lapped rider would find himself stuck in front of Russell, giving Duvall the opportunity to make the pass for the lead.

Russell would remount and put on a charge, challenging Duvall into the final corners of the race. Duvall would hold that lead to the finish to claim the overall win with Russell second and Bollinger third. Steward Baylor would end the day fourth with Josh Toth rounding out the top five. The XC2 class would see a similar story to the opening rounds with Ben Kelley riding his way to another class win. This time it would be Johnny Girroir taking the second place position with Mike Witkowski landing third. Evan Smith and Liam Draper would also put in solid rides of their own to round out the top five of the XC2 class.

The series would then roll on to the Camp Coker Bullet GNCC and see a pretty exciting race! This event has proven to be a really cool addition to the series as not only does it produce some great racing, but also the facility itself is a beautiful one with lots more to do off the track. The ATV race would start out with Walker Fowler leading the opening lap before Brycen Neal would take over the lead on lap two. Fowler then found his way back into the lead and would hold it, until the final lap.

On the last lap, Chris Borich would make a pass stick and hold onto to take his 75th GNCC overall win! Fowler would hang in there to end the day in second place with Jarrod McClure landing another podium finish in third. Cole Richardson rebounded from his struggles at Steele Creek to finish fourth while Brycen Neal would round out the top five.

The bike race would be exciting in it’s own right. Kailub Russell would break away to lead each lap and would eventually claim the overall win, but it didn’t come without a challenge. Thad Duvall would have to work his way through the pack, coming from as far back as sixth place on the opening lap to work up to Russell’s rear wheel and challenge for the race win through the middle and ending stages of the race, eventually ending the day in second place. Steward Baylor would also find himself working through the pack and coming from seventh place on lap one, would end the day on the podium in third place.

Trevor Bollinger would have another great ride to finish just off the podium in fourth place and Josh Strang would round out the top five overall. In the XC2 class, it would yet again be Ben Kelley taking the win, but the early portion of the race would see Liam Draper leading the opening lap. Kelley would find his way into the lead on lap two and would eventually finish the day in first place with Mike Witkowski in second and Austin Lee scoring his first podium of the season in third. Early leader Liam Draper would hang on for a fourth place finish while Evan Smith rounded out the top five in the XC2 class.

Four rounds were down at this point and the season was officially in full swing, as it would then make its way north for the first time. Check back next week as we’ll pick back up with our recap of the 2019 GNCC Racing season as we head to Indiana for the X-Factor Whitetails GNCC!