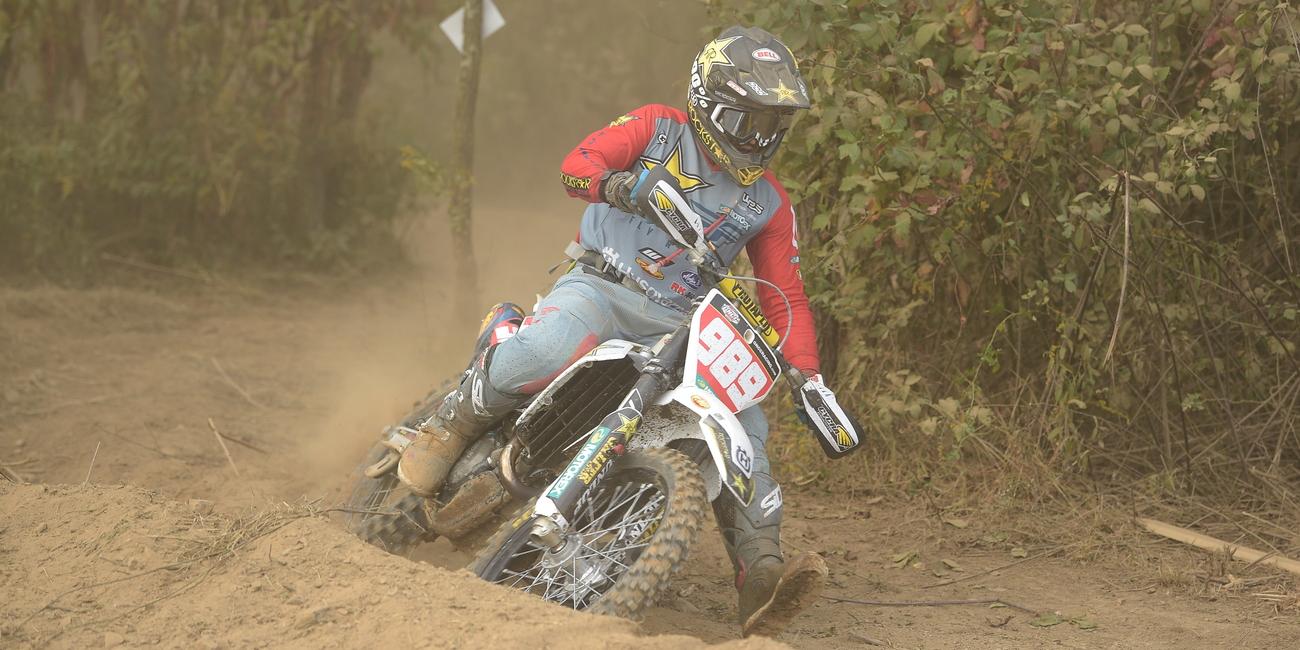 After earning the overall win just two weeks ago, Rockstar Energy/Factory Husqvarna Racing’s Thad Duvall is eager to get back to racing in his home state of West Virginia. As the series heads into the last two rounds of racing, Duvall is looking to end the season on a high-note and take home the overall wins. Duvall will also be looking to earn more valuable points towards the National Championship, where he currently sits second in the points.

AmPro Yamaha/Moose Racing/Parts Unlimited-backed rider Ricky Russell came through for his second-straight second overall finish at the previous round. Russell has worked his way up to sixth in the points standings after starting out the season late due to an injury. Russell would work his way throughout the race, battling not only his fellow XC1 competitors but the track conditions as well. This weekend Russell will aim to battle at the front of the pack, while trying to earn his first overall win of the season.

Rockstar Energy/Factory Husqvarna Racing’s Trevor Bollinger came through to round out the top three overall at round 11. Bollinger remains fourth in the points standings, but will be aiming to improve those standings before the season ends. Bollinger has managed to finish on the podium and in the runner-up position, but this weekend he will be aiming for that number one spot in the center of the podium.

After finishing fourth overall at the previous round, Phoenix Honda Racing’s Andrew Delong will be looking forward to putting in another outstanding ride this Sunday afternoon. Delong started back in the seventh place position, but steadily worked himself up through the pack. With two rounds remaining Delong sits seventh in the points standings, but is only two points behind sixth.

FXR/Husqvarna/SRT/Hoosier’s Layne Michael finished fifth overall at the last round, which is Michael’s best finish since making the return from injuries and surgeries. Michael will look to continue battling towards the front during these last two rounds, which will help him in the points standings for the next season.

Defending champion, and FMF/KTM Factory Racing’s Kailub Russell found himself in sixth place as the checkered flag came out in Pennsylvania. Russell is hoping for a better finish this weekend, and will be aiming to take the number one spot back. There is also the possibility that Russell could wrap up his seventh National Championship this weekend.

FMF/KTM Factory Racing’s Josh Toth came through seventh overall after returning from his leg injury sustained earlier in the season. This weekend Toth is looking to put in another consistent ride, but will be aiming for a better finishing position overall.

Making his XC1 Open Pro debut was Trail Jesters KTM’s Ben Kelley, two-time XC2 250 Pro National Champion, however the race did not go as he had hoped for. Kelley managed to work his way back to eighth after a 10th place start to the day. Track conditions would test even the top riders at the Mason-Dixon GNCC, and this weekend Kelley will look to redeem himself.

Lunova Racing/Team Green Kawasaki/Kenda/Still Motorsports Chris Venditti came out to race the Mason-Dixon GNCC after starting the season out by racing the first-two events of the year. Venditti came through to finish ninth in the XC1 Open Pro class.

With Kelley moving up to the XC1 Open Pro class, everyone was eager to see who would take the number one spot. Tely Energy Racing/KTM’s Liam Draper would come through first as the checkered flag waved. This weekend Draper is excited to battle for another class win. Costal Racing/Husqvarna’s Craig Delong is eager to battle Draper to earn a class win before the season comes to an end. Rounding out the XC2 class podium was Husqvarna/Max Motorsports/FXR’s Evan Smith. This Sunday Smith is hoping to battle at the front of his class, and even looks to earn a class win.

Earning his first FMF XC3 125 Pro-Am class win was XC Gear/Enduro Engineering/Husqvarna’s Jake Froman. This weekend, Froman is aiming to earn his second-straight win of the season in the XC3 class. Trail Jesters/KTM’s Jesse Ansley came through second after leading the first couple of laps. Ansley is looking to get back to the center of the podium, and earn his second-straight FMF XC3 National Championship. Lojak Cycle Sales/Yamaha’s Chase Colville rounded out the podium at his hometown race. Colville battled throughout the duration of the race, and is looking to earn his first win of the season this weekend.

Spectator passes run $20 for adults and $10 for children (6-11), and kids five and under are free for the full weekend (Friday through Sunday), with pro pit access and pro autographs at no additional charge. There is also a camping fee of $20 for the weekend at Summit Bechtel Reserve. Bathhouse amenities are available, as well as free WIFI across the venue. Yamaha will be offering demo rides throughout the weekend.

This Summit Bechtel Reserve is one of just four in the world managed by the National Council of the Scouts of America. Each year the facility hosts the National Scout Jamboree, and will host the 2019 World Scout Jamboree. Located on more than 14,000 acres, this facility will prove to be a welcomed addition to the GNCC series.

Campfires must be in an elevated fire pit. No ground campfires will be permitted at this event. No imported firewood allowed. Summit Bechtel Reserve will have firewood available to purchase at the event.

The 2 p.m. pro ATV race and 1 p.m. pro bike race will be broadcast LIVE on the Internet via Racer TV on www.racertv.com both Saturday and Sunday. A highlight show featuring the event will air on NBC Sports Network on Sunday, November 17 at 2 p.m.