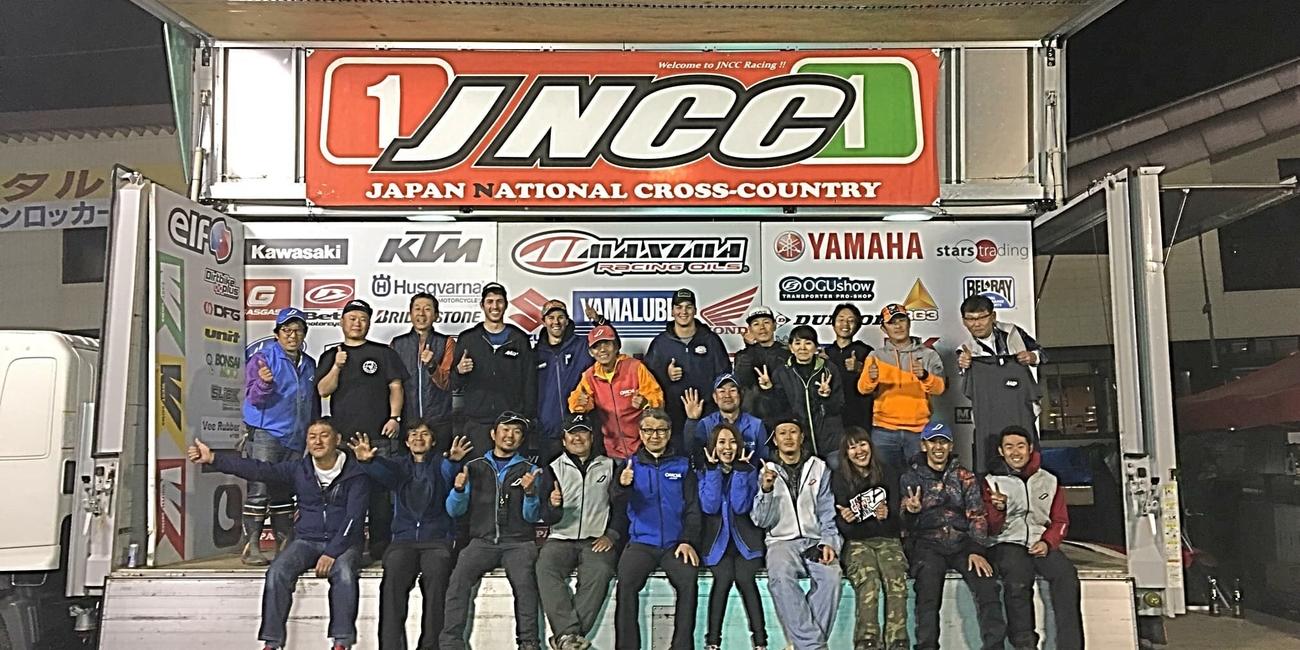 Delong got off to a slow start as the three-hour JNCC race began after having some bike issues on the starting line, but would work his way up to the top five by lap four of the 12 lap race. During the three-hour race Delong was challenged by a very rocky and slick terrain, ultimately keeping him out of the top spot. He would battle with Japan’s best off-road talent, such as former GNCC competitor and 2017 JNCC champion, Takeshi Koikeda and new 2018 JNCC Champion, Manabu Watanabe. Delong worked his way through the pack, crossing the finish line in second place as the premier race concluded. Koikeda would exit the race after lap 7 and Watanabe would take home the win in the premier AA1 class and overall podium position, leading him to be the 2018 JNCC Champion.

“The trip to Japan was unlike any other! The entire JNCC racing family was awesome,” said Delong. “They welcomed us with open arms and treated us with great hospitality! Racing in this series was a perfect way to end my 2018 season and I am excited to come back with the experience under my belt. Given the opportunity to go back, I would change a few things to help my race results, but all in all it was a great trip! I would like to say thank you to Racer Productions, Michael from Husqvarna along with their whole team, Masami, Yoshi, Akayo and the entire JNCC crew as well!”

It is a tradition for JNCC President Masami Hoshino to invite GNCC riders to the season finale in exchange for a Japanese rider that will compete in a single round of the GNCC series. Earlier this year, Ren Ishidoya traveled to West Virginia and raced in the XC1 Open Pro class at the Snowshoe GNCC in June where he finished 12th in class, respectively.

The 43rd Annual AMSOIL Grand National Cross Country Series, an AMA National Championship, concluded its 13-round series the last weekend in October in Crawfordsville, Indiana. The 2018 Award Banquets will be hosted in Morgantown, West Virginia on November 30 - December 1.