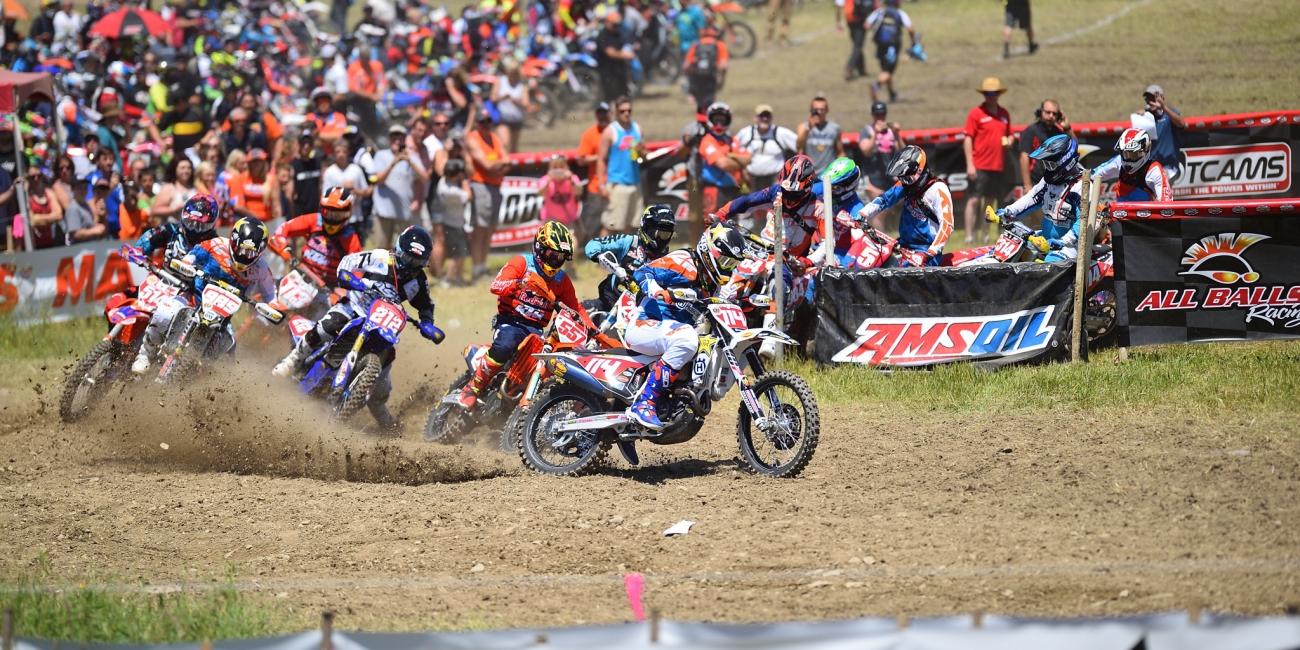 NBCSN Television Schedule Announced for 2018 AMSOIL GNCC Season
All 13 Rounds to be Broadcast Live on RacerTV.com

The VP Racing Fuels Big Buck GNCC kicks off the 2018 broadcast racing coverage on April 1 at 5:00 p.m. EST. NBCSN will generate highlight episodes of all 13-rounds, and programming will continue until November 25 with the AMSOIL Ironman GNCC airing at 5:30 p.m. EST.

Each highlight episode will focus on the most intense racing action of the weekend, either pro ATV or bikes. An additional 13 full-length highlight episodes will be released separately on RacerTV.com showcasing the discipline that was not featured on NBCSN. This season will serve as the seventh year that GNCC and NBCSN have partnered together, making this the 18th consecutive year that GNCC has been broadcast on cable television.

Finally, GNCC LIVE streaming returns with live coverage of all six UTV pro races, in addition to the 13 ATV and 13 bike pro races for a total of 32 live racing programs. Race fans and family members can watch their favorite professional and top amateur off-road racers compete for the race win and the coveted National Championship at every round on the 2018 circuit.

All highlight and GNCC LIVE shows will be archived on www.RacerTV.com for viewing. See below to view the full NBCSN television schedule.