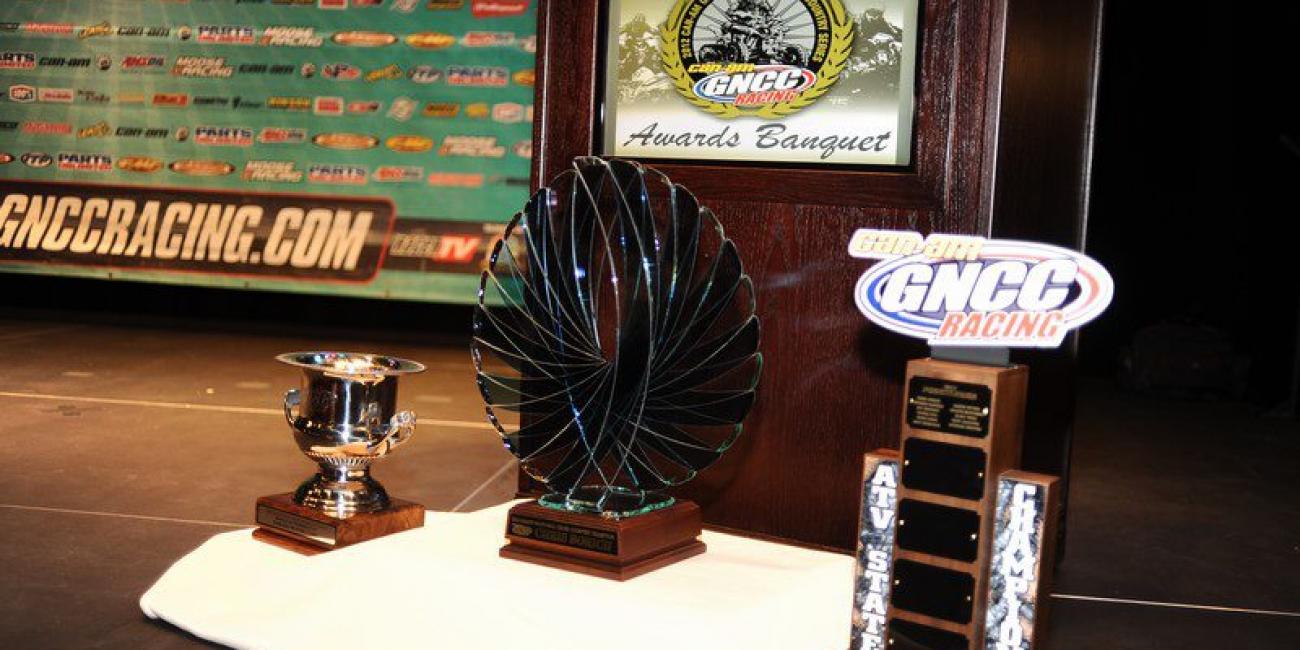 Morgantown, W. Va.  ”“ Over the weekend, more than 1200 racers, family members and fans from all over the country came together in Morgantown, W. Va. to celebrate the 2012 Can-Am Grand National Cross Country season. The Waterfront Place Hotel and Convention Center once again provided a stellar setting for this year’s GNCC Awards Banquet, as the top ATV racers were honored in front of over 650 people on Friday evening, while over 600 more attended Saturday evening’s ceremony to honor bike racers.

Each evening kicked off at 5:30 p.m. with dinner and opening ceremonies. The top 10 racers in each championship class were then honored on stage, in addition to a handful of specialty awards and recognition of series sponsors and supporters. Several thousand dollars worth of contingency awards were distributed to the top 5 finishers in each class and additional door prizes were raffled off to racers throughout the evening. Door prizes included (6) certificates for an FMF PowerCore 4 Slip-on muffler, one free suspension re-valve from Factory Connection, a Leatt chest protector, Leatt GPX neckbrace, Leatt Hydration system, and a Moose Racing gear bag.