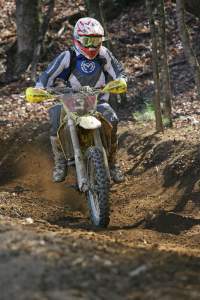 Morganton, N.C., March 22, 2009- The third winner of the season emerged at the third round of the 2009 Can-Am Grand National Cross Country Series, the FMF Steele Creek GNCC, proving the chase for this year's GNCC Championship will be fierce.

"After Whibley and Mullins and Kearney passed me by I realized I needed to click it up a gear," Strang said of the early battle. "It was a little easy, but not too easy."

Strang's win was indeed not easy. Mullins nabbed the $250 MotorcycleUsa.com Holeshot Award off the start and led early. The race was tight until the final lap of the race, as Strang battled it out with Mullins, Whibley, Husqvarna's Glenn Kearney, and Am-Pro Yamaha's Barry Hawk and Thad DuVall on a track that ran through the steep hills, bridges and mud of North Carolina.Ã

The top six traded in and out of the top three spots until Hawk and Kearney were knocked out of the running in the fifth lap. Kearney's bike stalled through the infamous mud hole under Steele Creek concrete bridge and Hawk suffered his own problems in the mud. From there, Strang was able to pick up the pace and finished nearly a minute ahead of teammate Mullins.

"I'm pretty happy with it," Mullins said. "I wish I'd won it but I'll take second today. I'll definitely be ready for the next race." 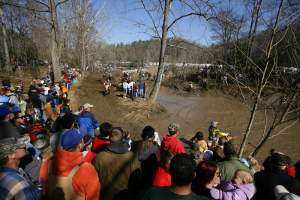 Whibley, who came in first at the Maxxis General GNCC two weeks ago, had trouble with his suspension, making it hard to hold on for three hours.

"I was a little uncomfortable out there," Whibley said. "Third is still good. I'm happy to be up on the podium. It's still a good day."

In the XC2 Lites class, Shock Doctor KTM's Kailub Russell came into the race carrying a two-race win streak, but a first-turn crash allowed his teammate Cory Buttrick to get out front, along with Kawasaki privateer Andrew Matusek, who grabbed the $100 Cometic XC2 Holeshot Award. Russell recovered and was able to get into the lead on the second lap, but after he pitted, Buttrick was able to get back past him. The KTM teammates pressured each other for the rest of the race, with Buttrick coming out ahead to take his first win of the season.Ã  Russell took second with Matusek third. 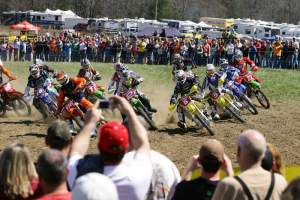 "I saw Russell come up behind me fast and I thought it was going to be a hard three hours," Buttrick said. "I'm tired, but it's worth it. It feels good to get a win." 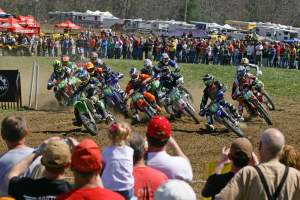 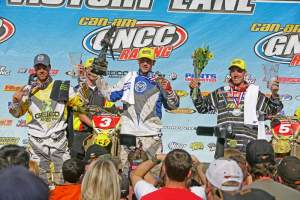 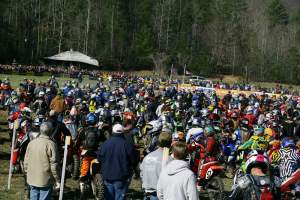 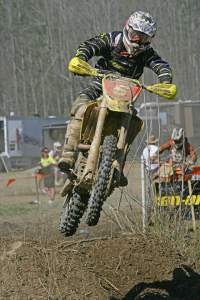 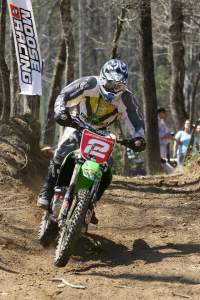 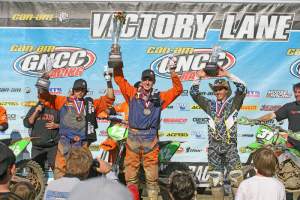