WASHINGTON, GA (March 7, 2009) -- Rockstar Makita Suzuki's Chris Borich battled past a deep pack of contenders to win the Maxxis General GNCC, round two of the 2009 Can-Am Grand National Cross Country Series. The race demonstrated the depth of this year's championship field, as well as Borich's determination to take this year's title. Yamaha's Taylor Kiser, FRE KTM's Adam McGill, and Warnert Can-Am's Chris Bithell were in the hunt for the win, but on the last lap Borich pulled through.

Bithell led Borich late in the race, but the event came down to pit strategy. Borich pitted for a splash of gas while Bithell failed to finish the last lap, reportedly running out of fuel. That opened the door for Kiser, who started near the back of the pack but charged hard all day long to net second. Kiser's spirited run from the back proves his win last weekend in Florida was no fluke. McGill, who started the race by grabbing the $250 MotorcycleUSA.com Holeshot Award, took his second third-place finish in as many weeks.

In the XC2 Pro-Am class, David Crane grabbed the $100 Rekluse Holeshot Award, but Yamaha's Brian Wolf pulled through for the win. Kirkland finished just behind in second, with Eric Hoyland third. Sixteen-year-old Walker Fowler netted top amateur honors again with 17th overall and a win in the College A class.

In the GNCC morning race, FRE KTM's Angel Atwell matched her win from last weekend's race in Florida with another in Georgia. Atwell collected another $100 from GT Thunder for her efforts, with Kristin Atwell and Traci Cecco in second and third overall. Bryan Buckhannon, Michael Swift and Cliff Beasley won the 4x4 Open, Limited and Lites Classes, respectively, on their Warnert Can-Ams, and Robert Smith won the U2 Class on a Kawasaki.


About GNCC Racing: The Can-Am Grand National Cross Country series is America's premier off-road racing series. Founded in 1973, the 13-round championship is produced exclusively by Racer Productions. Cross-country racing is one of the most physically demanding sports in the world. The grueling three-hour GNCC races lead as many as 1,800 riders through tracks ranging in length from eight to 12 miles. With varied terrain, including hills, woods, mud, dirt, rocks and motocross sections, GNCC events are tests of both survival and speed. Riders compete for more than $3 million in prize money, which draws talent from all over the U.S., Europe, Australia and New Zealand. GNCC Racing is televised and will air beginning April 4th on the Versus Network. For more information, please visit www.gnccracing.com. 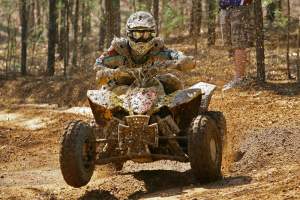 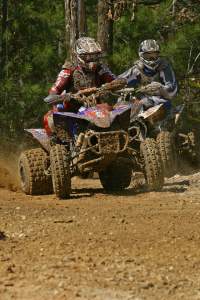 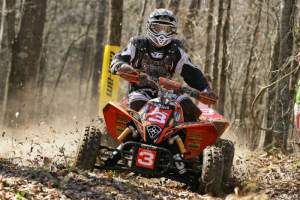 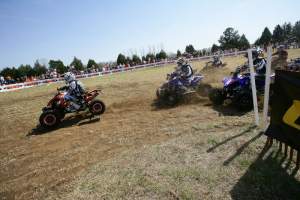 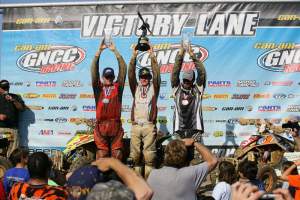 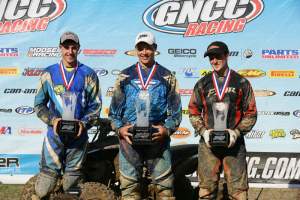