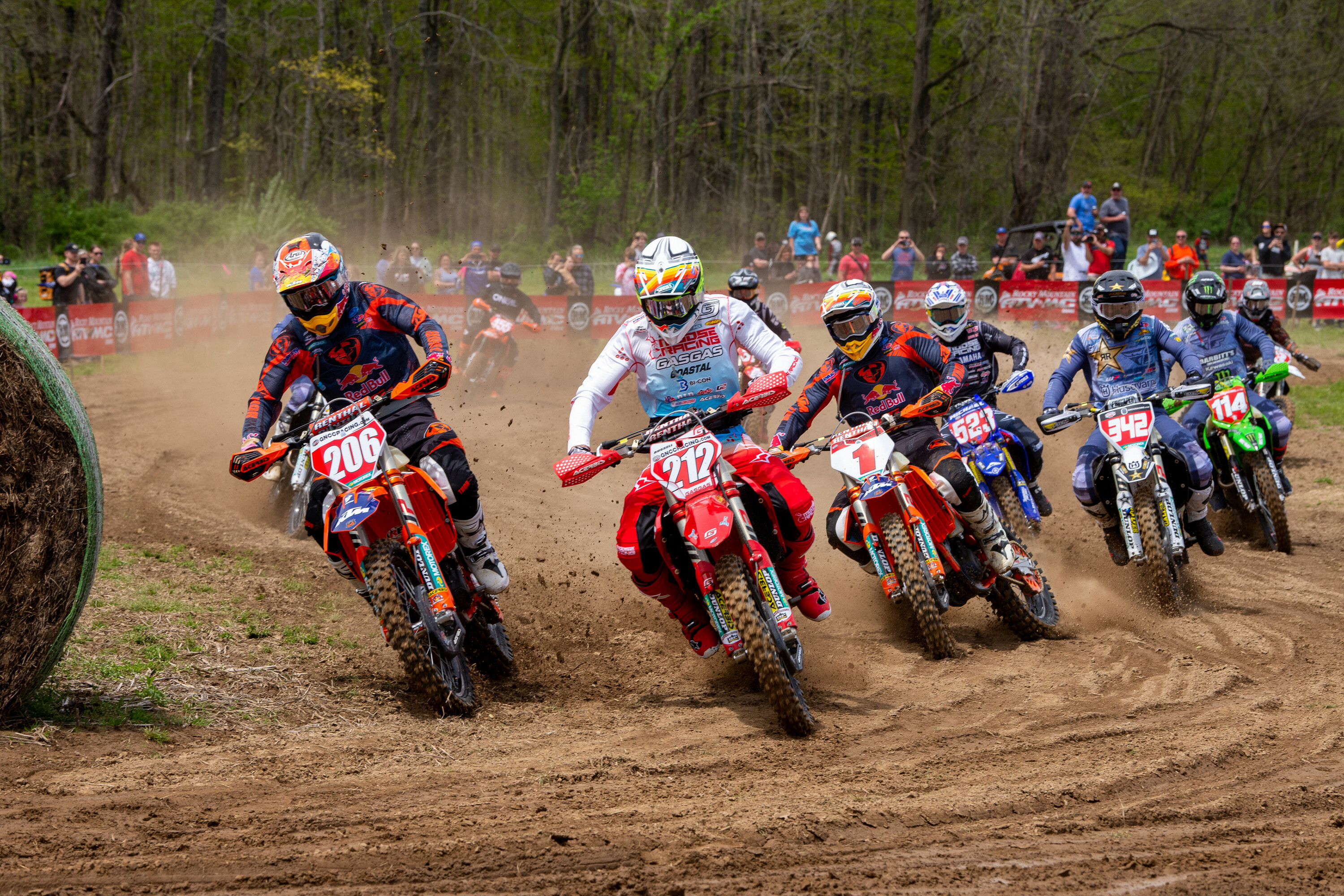 If you skipped out on last weekend’s Hoosier GNCC, then you missed out! The weather leading into the event was less than ideal, and it ended up resulting in some sloppy races for the Micro racers and a little for the Youth Quads as well. But, as Saturday wore on conditions ended up just about perfect on a majority of the race course and Sunday saw epic soil conditions throughout the day.

Our attention now turns to the next round at Sunday Creek Raceway for The John Penton GNCC that will take place next weekend. As usual, we’ll have the low down on what to expect out on the racecourse in next week’s edition of Quick Fill but until then there are a lot of questions surrounding what to expect in the pro classes when the green flags fly on their respective races. On the ATV side, Brycen Neal is on fire at the moment having won three races in a row and wrestled the points lead away from Walker Fowler.

Now, there’s still a fair amount of racing left to do and for years Fowler has always managed to dig deep and do what it takes to claim the GNCC ATV National Championship. However, Brycen Neal seems to be totally different in 2022 and if Fowler wants to claim his eighth consecutive championship, he really has his work cut out for him, especially coming into The John Penton. Last year Brycen Neal missed the Burr Oak but in 2020 he actually won both The John Penton and Burr Oak events held at Sunday Creek Raceway. Now, Walker also has his fair share of wins at The John Penton, so there’s definitely no clear favorite and this could be a really interesting race to watch unfold.

On the bike side, Ben Kelley now sits tied with Juha Salminen for most consecutive bike wins with six in a row. Juha won the first six events of 2006 before Barry Hawk stopped his winning streak. Interestingly enough, that happened at The John Penton! So, Ben Kelley has a chance to make history at The Penton as a seventh win on the season would give him the record for more consecutive bike wins in GNCC history. In the same flip of the coin, a slew of other riders have the opportunity to step up and stop the dominating win streak, just like Barry Hawk did 16 years ago.

A portion of our crew is still out here at Ironman Raceway as the ATV Motocross series is set to invade the facility this weekend. So, this week’s edition of Quick Fill will end up being a bit on the shorter side as there’s a full day of Friday practice and two full days of racing Saturday and Sunday to prepare for, so with that said we’ll end this portion of Quick Fill here. Enjoy your weekend and check back next week for the latest from the woods of Ohio!

Well, the Hoosier is in the record books and I must say that the track handed every race something different! The Micro racers bore the brunt of the mud and the afternoon race on Sunday suffered the brutality of what remained of the track. I knew it was a rough one but after taking a ride around Monday morning, the ruts roots and carnage was unbelievable! Before most of you had a chance to wash your ride off, the crew was already erasing the carnage and by Monday evening the track was looking like a park path. Gone was the trash and the routine things we see at every round and a huge tip of the hat to everyone that had a hand in this piece of work.

The racing itself was as good as it gets, sort of, but I know I am spoiled and want a battle in every turn! It was good to see Hannah Hunter grab a win and some much-needed confidence as thus far her season hasn’t been setting things on fire. The 4x4 Pro class kind of petered out near the end and the XC1 Pro ATV race was a near repeat of the season so far. It was far from boring, but things need to change quickly as we click another gear in this season that seems to be going faster than usual. Time is running out for points gaps to offer a cushion and crunch time will be here before we know it. It could easily turn into a very heated must win situation in the remaining rounds which should allow for some of the best racing of the season, it’s just hard to predict how things are going to play out.

And I don’t see anyone knocking Ben Kelley out of his dominating season thus far unless the planets align against him as he is on a rampage to clinch the title. Behind him, the injury list is getting smaller as riders return to competition but their ability to get back to the race pace will take a few rounds further kicking the door open for Kelley to run away with it. The fight will be for the top five and right now, Trevor Bollinger is looking good as he benefits from the class being gutted and his ability to ride up front gets stronger every round and Josh Toth is holding on strong as he leaves his mark on the first half of the season.

It is always fun talking about what if’s and the reality that shapes the future. That old saying “Everyone has a plan until they get hit” fits very well into racing and sometimes it is more of who can bounce back versus those who give up and thankfully we do not suffer in great numbers from the latter, the nature of this beast won’t allow it!

That’s about all from me this week as I still remain here in Crawfordsvile awaiting the ATV Motocross race at Ironman. It’s been near 90 all week and humid so I am not a happy camper haha! As always, be safe in all you do and may the good Lord continue to bless us all!

Ken snagged this shot as Ironman Raceway began transitioning from GNCC to ATVMX for this weekend. Ironman comes back to life again in August for the penultimate round of Pro Motocross, then of course will serve as the GNCC season finale with the traditional Ironman GNCC in October.