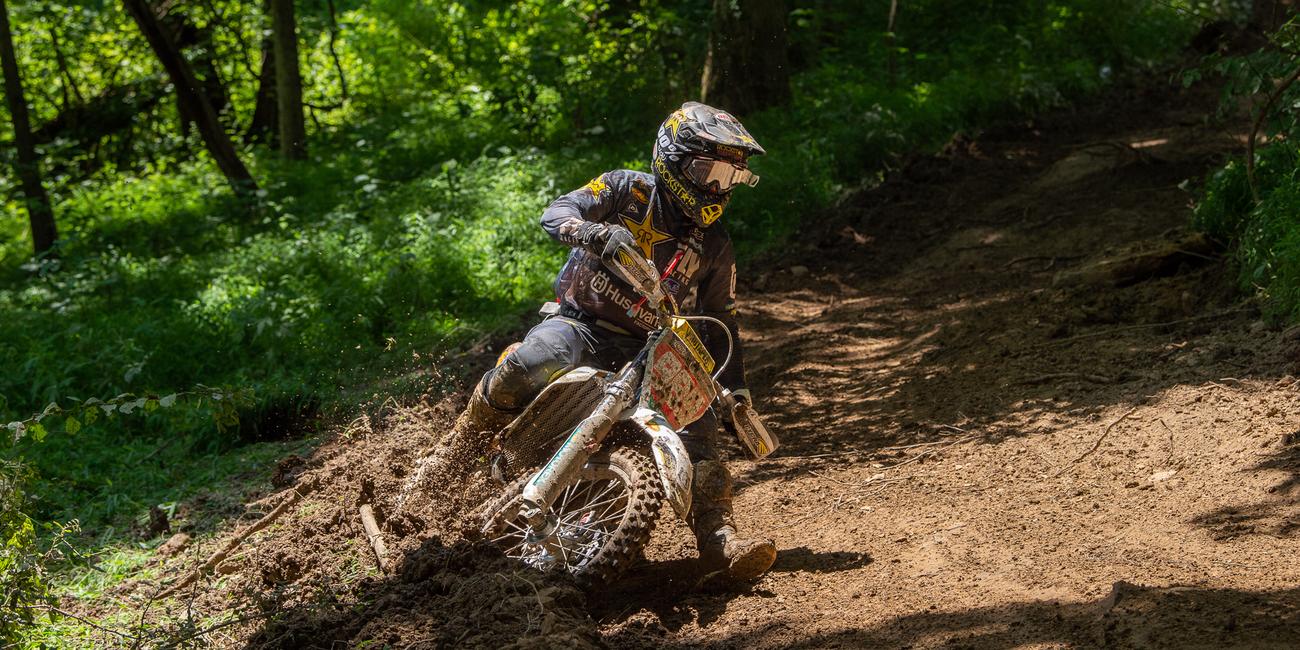 Coming through and taking the overall win at the previous round before summer break was Rockstar Energy/Factory Husqvarna Racing’s Thad Duvall. After nine rounds of racing Duvall sits second in the points standings, just 43 points behind first overall. Duvall is aiming to earn his fourth overall win of the season this weekend in New York, as well as earn valuable points in his quest for the National Championship.

FMF/KTM Factory Racing’s Kailub Russell holds onto first overall in the points standing with four rounds remaining in the 2019 season. Russell currently has five overall wins under his belt this year, but will be looking to add another one to the books this Sunday afternoon. This weekend Russell could reach another milestone by earning his 60th career overall win, continuing to hold the number one spot on the Bike Wins by Rider list.

Making his way to the podium for the first-time this season was Babbitt’s Online/Monster Energy/Kawasaki’s Josh Strang. After a rough first half of the season, Strang has been making strides to get back to the front of the pack. His teammate, fellow Babbitt’s Online/Monster Energy/Kawasaki backed-rider Jordan Ashburn also had his best overall finish of the season at High Voltage with a fourth. Ashburn has also had his fair share of bad luck this season, but has hopes that it will turn around for the last four rounds.

Tely Energy Racing/KTM’s Grant Baylor returned from injury later in the season, but had his best finish of fifth overall in Pennsylvania at the previous round. G. Baylor is set to continue racing the last four rounds, and is looking to breakthrough this weekend for a podium finish.

Leading the way in the XC2 250 Pro class is Trail Jesters/KTM’s Benjamin Kelley. This weekend Kelley has the potential to clinch the XC2 National Championship, but he is also hoping to get another overall podium finish. Kelley has earned the class win at every round thus far in the season, but has had his mindset on earning the best possible overall finish.

Tely Energy Racing/KTM’s Steward Baylor Jr. has one overall win to his name this season at the opener in Florida. S. Baylor currently sits third overall in the points standings, but is hoping to make a push during the last four rounds to move up his overall standings. FXR/Husqvarna/SRT/Hoosier’s Layne Michael has only competed at three rounds this season, due to injuries sustained earlier in the year, but this weekend he is aiming to get back to his roots of GNCC Racing. Michael is excited to get back on the line and put in the effort to have a top 10 overall finish on the day.

Another rider who returned from injury after the start of the season was AmPro Yamaha/Moose Racing/Parts Unlimited-backed rider Ricky Russell. After making his return at round five, Russell earned a podium finish at the AMSOIL Snowshoe GNCC. This weekend Russell will look to once again battle at the front and find himself in a podium position.

Phoenix Honda Racing’s Andrew Delong currently sits seventh overall in the National Championship points standings. Delong has been having a very consistent year aboard his new team. Delong is aiming to maintain his consistency and land inside the top 10 overall, while even hoping to break through into the top five.

XC2 competitor, Coastal Racing/Husqvarna’s Craig Delong is currently ranked fourth in his class  after making a return from a broken collarbone at round four. Delong is looking to battle at the front of his class and putting a stop Kelley’s class dominance. Delong has finished second at all but one of the events he has entered since returning from that injury.

Tely Energy Racing/KTM’s Liam Draper rounded out the XC2 class podium at the previous round with Beta USA Factory Racing’s Michael Witkowski coming through in fourth. Witkowski currently holds second place in the class championship standings and is hoping to hold onto that position with another podium finish this weekend.

FMF XC3 competitor and Trail Jesters/KTM’s Jesse Ansley currently sits 1 point behind Beta USA Factory Racing’s Cody Barnes in the championship standings. Ansley and Barnes have been battling throughout the year, and this class will be one to keep an eye on all the way down to the final round.

This event is co-sanctioned with our friends at the New York Off-Road Association (NYOA).