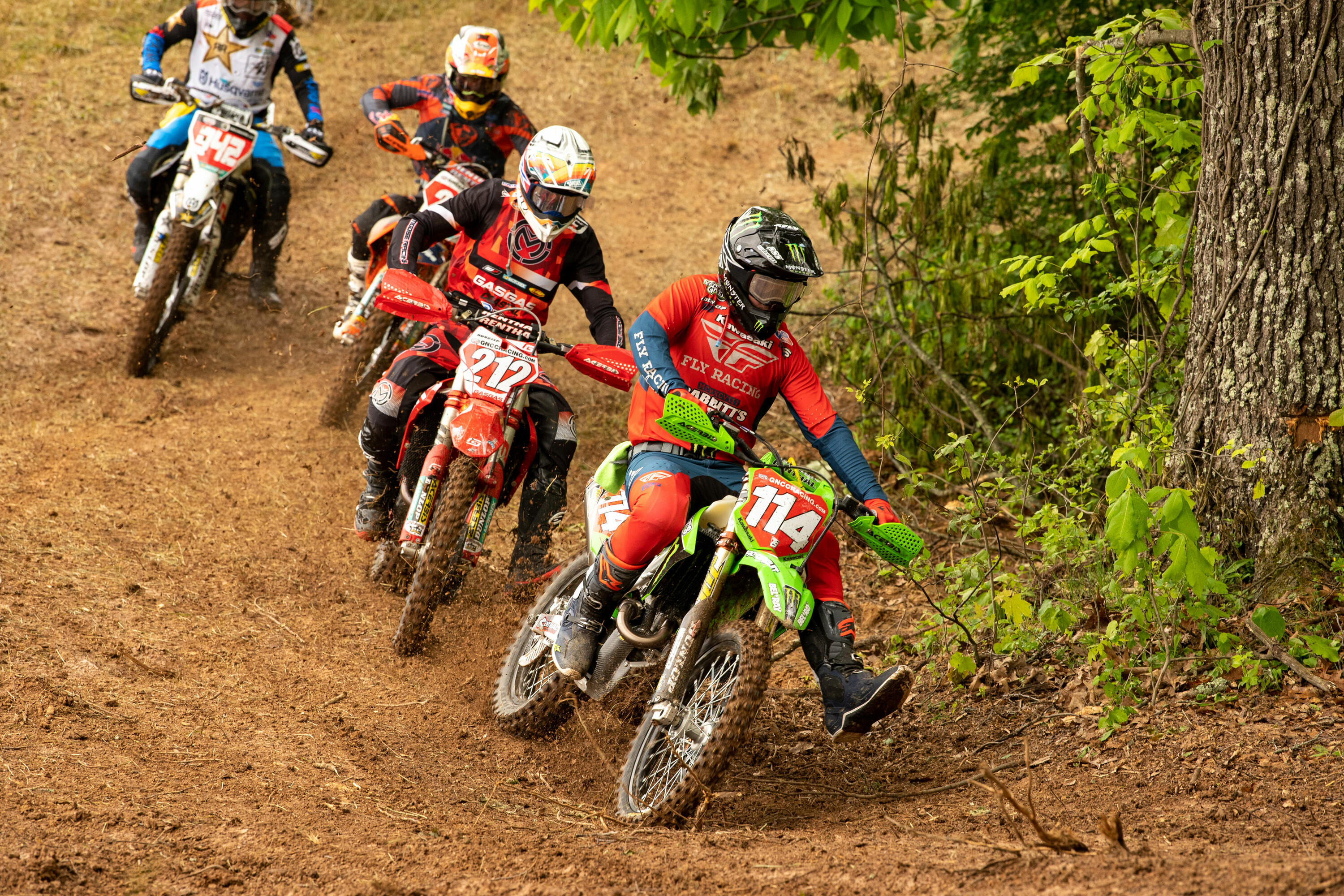 Just like that, we’re halfway through the 2022 GNCC Racing season. In some ways it seems like we JUST kicked things off in South Carolina but in other ways it seems like that was years ago. Either way, there’s still just two rounds standing between everyone and the summer break and for some that break is much needed at this point. For others that break really won’t be much of a break as there are other various events to contest, so a lot of times the summer break is anything but a break for some folks.

Backing up to last weekend’s John Penton GNCC, if you skipped out then you actually missed a bit of fun. Those who are experienced GNCC racers know that even the littlest amount of rain on that Ohio clay can almost instantly turn that facility into a skating rink. There were some on and off showers through the weekend, including a couple that made the PM bike race pretty interesting, but by and far it actually turned out to be a pretty nice weekend.

We did include the infamous John Penton Section for the PM bikes and given the weather forecast leading into the weekend, the crew actually kept things fairly tame. For those who may not know this, the Penton Section is an additional tough, technical, single track section reserve for just the PM bike race and over the years the job of laying out the Penton Section changes hands a little bit. However, there are many times that former local Ohio enduro racer and GNCC friend, Jeff Hupp, takes care of the Penton Section. He’s done it on and off for a number of years, while others such as Barry Hawk during his GNCC staff tenature, Jeff Russell himself, and yours truly (Jared Bolton) take care of the layout when Hupp does not.

Hupp has done the Penton Section on our last few visits to the facility but during last fall’s Burr Oak GNCC, Hupp said he likely would skip the layout work for The John Penton event and focus on making something different for the 2022 version of the Burr Oak. So, when the track crew rolled into Sunday Creek Raceway last week, Hupp made his way over early in the week and went to work in the Penton Section… for the fall event! That’s right, Hupp spent several days leading into the race weekend working on a new layout for the Burr Oak in September which should be really, really cool.

With the chance for some adverse weather, we didn’t want to get too carried away on the Penton Section as there was a chance that if we made things too difficult that we’d have to skip it all together due to the rain. So, Hupp and I were actually on the exact same page with a layout that would be a little easier than the usual technical Penton Section but still be an additional challenge and a bit tougher than the main racecourse. Hupp went around and cleared a path ahead while I came in behind and threw together some markings and in just one full day we had a 3.1 mile long addition to the main racecourse for what turned out to be a pretty fun Penton Section.

Now, when we head back in the fall, Hupp will have some new sections to add in and tie things together a good bit different and this will make for a fairly technical Penton Section when we go back. This is exciting for the guys who enjoy that stuff, which seems to be a good majority of the afternoon racers. I actually made my way out into the field crossing at the back of the Penton Section last weekend and the number of guys riding by giving thumbs ups and ‘woo-hooing’ was pretty cool to see.

This weekend might be a weekend off from GNCC, but there is still a whole lot of racing happening! We’re actually hosting the Loretta Lynn’s Regional Qualifier at High Point this weekend, and there looks to be some really fast guys coming to race. Now, since this is a regional you have to have qualified through an Area Qualifier to race one of the classes attempting to qualify for Loretta’s, but there are also a few classes that we call “Regional Plus” classes. These classes do NOT qualify for Loretta Lynn’s, but you can show up and ride if you would like. So, if you’re looking for something a little different, come out to High Point and either watch some really fast amateur racers or try out one of those Regional Plus classes for yourself. You can get more info on the MX Sports site.

At the same time just a couple hills over from High Point, the US Sprint Enduro folks are racing at High Voltage. Yes, that’s the same facility we held a couple GNCC events at in 2019 and 2020. They cut some timber there and lost a little bit of property, and that’s why we’re not hosting a GNCC event there currently but it’s a primo place for a Sprint Enduro with it’s huge grassy fields. I actually rode out there on my dual sport Wednesday afternoon to check out the grass track and it’s pretty sweet! With the rolling terrain there and seemingly endless fields, that has to be one of the coolest grass tracks I’ve ever seen.

Next week we’ll head across the street from High Point and get to work on next weekend’s Mason-Dixon GNCC. This is always a really fun event as there’s a mix of a couple open grassy areas, and some really nice woods that are a little bit on the tighter side at times, as well as some more open and flowing trail. We’ll have all the details on what to expect out on the course in next week’s edition of Quick Fill, so be sure to check back then for the latest.

With that said, we’ll actually end this week’s edition of Quick Fill here. We’re headed out to High Point to get the ball rolling on this weekend’s Loretta Lynn’s Regional, so if you make it out either as spectator or racer, feel free to say hi to any familiar faces you see around. Enjoy your weekend and we’ll see you back here next week.