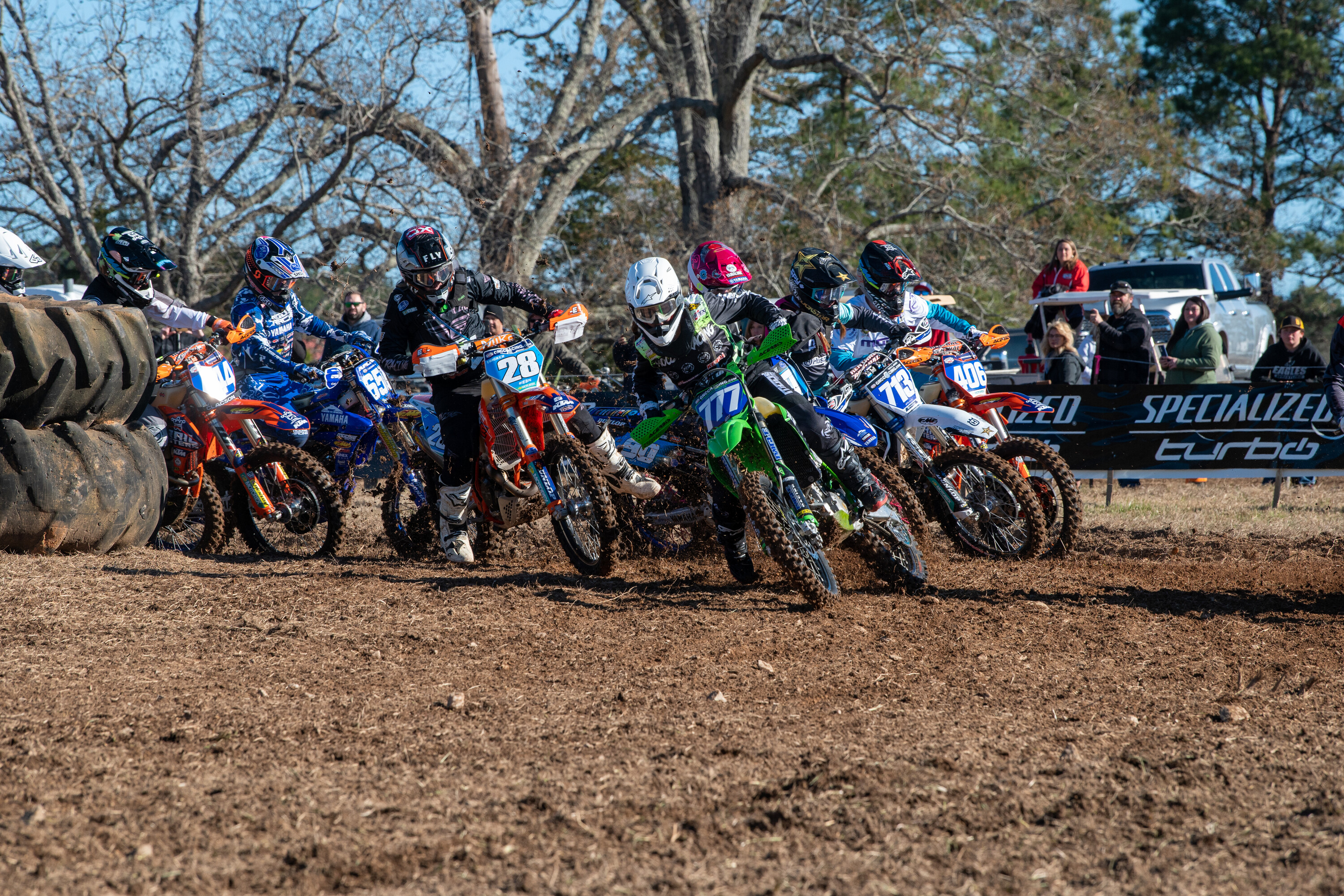 Yes, there is still one more off-week from GNCC Racing before things get back to normal NEXT weekend in Indiana. This is the point where I’m trying really hard to not end up repeating the same things I’ve said the last few weeks because, hey, there’s only SO many things to say when there’s a longer break than usual between GNCC events. Regardless, this off-time is winding down and at this point next week we’ll be set to invade Ironman Raceway for the Hoosier GNCC and this early season “break” will be in the books.

We’ll be back at it with four rounds before we drop back off into the summer break, and all four of these rounds present their own fun and/or unique experiences. Next weekend at Hoosier sees just the second time we’ve ever held a spring GNCC event at Ironman Raceway. As I’ve said the last few weeks, this has a much different feel and is linked together a little bit different than the traditional Ironman event at the end of the season. For those who are seasoned racers, you already know that Ironman Raceway produces some of the best dirt conditions and most fun layouts of the season.

From there, we roll into The John Penton GNCC, which is the longest running event we have. The Penton is notorious for being incredibly slick when it’s muddy, or wildly dusty when it’s dry and sometimes both at the same time! However, we’ve been incredibly fortunate the last few times we’ve raced at Sunday Creek Raceway as both The John Penton and the Burr Oak events have seen great conditions for a while. Fingers crossed that trend continues this year! This event has some sections that are slower, a little more twisty and some technical areas as well mixed in with some portions that can be fast and flowy as well.

That will lead us to the Mason-Dixon GNCC which has seen some incredibly dry and dusty races in the past, but last year we moved the event to the early summer and it turned out to be some of the best conditions this venue has ever seen. Again, fingers crossed we see similar conditions this year. This course also has a lot of tighter trails with some slightly technical and off-camber sections mixed in as well. It’s always a lot of fun and we’re hoping this year is another great one for the Mason-Dixon.

Then it comes to the final round before summer break and what many consider to be the toughest and most technical event of the year with the Snowshoe GNCC. Ski resorts are no strangers to off-road racing as many have hosted some sort of racing event. For GNCC, we’ve raced at Winterplace in the late 80s and early 90s, Wisp in the early to mid-200s, then Snowshoe since 2007. However, these races are never as easy as they sound and there’s no doubt that Snowshoe is one of the toughest to navigate. Miles of rocks, roots, mud and technical trails litter Snowshoe Mountain and just simply finishing this event is a highlight for some.

And that’s the point that we lead into the summer break for GNCC. In some ways it seems like we just kicked off the 2022 GNCC Racing season and here we are already beginning to wind down leading into that summer break. While there’s still a lot of racing to do in these four rounds, it will undoubtedly fly by and next thing we know we’re going to be knee deep in that summer break, counting down the days to the final four rounds of the 2022 season later this fall. The GNCC schedule has worked this way for many years, and it’s really part of what makes the series unique. It gives the average Joe a chance to reset and get ready for the next round when there’s two-weeks between events, and also a chance for a break during the summer because racing three-hours in the sweltering east coast summer heat is a tough ask for even the strongest and most fit person.

Of course, there’s not much of a break on our end. As I mentioned last week, this staff is swamped with a number of other events and race series to run. This weekend is a prime example as we’re running the ATV Motocross Series at High Point Raceway before rolling to Ironman Raceway for next weekend’s Hoosier GNCC, then staying there to run another ATV Motocross event at Ironman. Then head from there straight to The John Penton to do it all again for another GNCC event before heading back to High Point Raceway for a Loretta Lynn’s Regional and just across the street for the Mason-Dixon GNCC after that. Then, it just keeps rolling until, oh, the season-ending Ironman GNCC from there.

So, as you can see this whole traveling circus is nearly non-stop from the end of February until the end of October before making all the preparations to do it all over again. Naturally, this means we’re going to cut this week’s edition of Quick Fill here because there’s work to be done out at High Point in order to get ready to go ATV Motocross racing this weekend. Next week we’ll finally have the full low-down on what to expect out on the course at the Hoosier GNCC, so don’t miss that. Until then, enjoy your weekend and we’ll see you back here next week!

Have you ever really paid attention to the numerous track markers that line many motocross tracks? Well, those things don't put themselves in the ground and it's not an easy process to put them all in. We had a PAMX series motocross event at High Point last weekend for the first event of the year there, so track markers needed to be installed.

No UTVs were available to load up the bed so, we did what we had to do. Thanks to this shopping cart that has occupied the High Point quonset hut for many years, the track markers were an easy haul with an ATV!