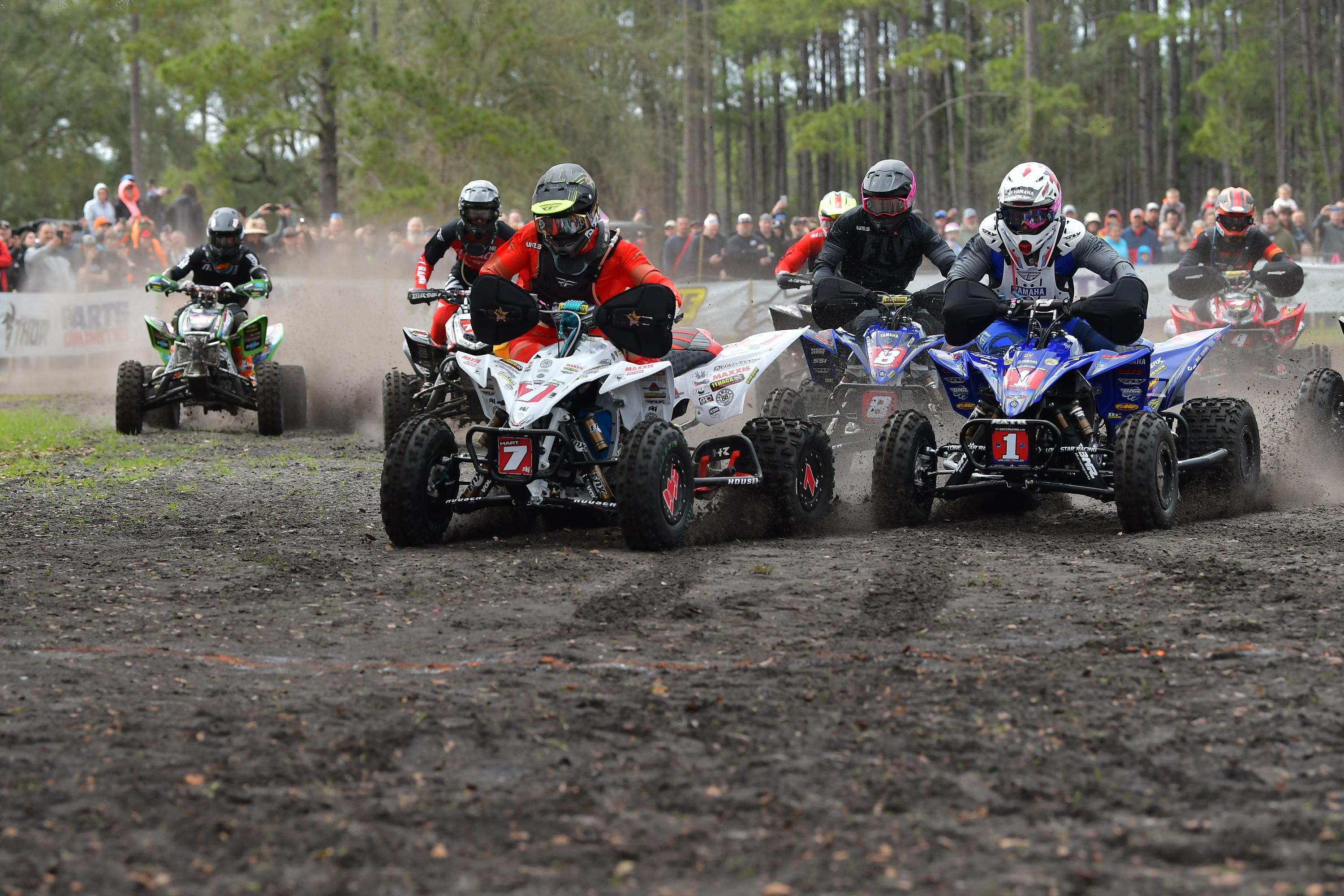 Well, the summer break is officially winding down as we’re now just a smidge over a week away from returning to racing. Whether your summer break has flown by or crept by, its just about over and we’ll be taking to the woods before you know it. This year we’re kicking things back off in style as we’re back at the Summit Bechtel Reserve for The Mountaineer GNCC in Beckley, West Virginia. If you haven’t been to this facility before, well, prepare to be blown away! It’s an impressive piece of property, home to the Scouts of America and the National Scout Jamboree, and has also hosted the World Scout Jamboree.

Since it’s a massive Scout Camp, there’s numerous restroom facilities and even Wi-Fi throughout the facility. There’s a ton of level, grassy parking and while we’re racing on one part of the property, the Adventure On! Freedom Festival will also be taking place as well. This festival not only features The Mountaineer GNCC but also WVDNR’s National Hunting and Fishing Days, WV Jeep Club’s Off-Road and Overland Experience, plus a concert by country band Lonestar and more. So, this is all pretty darn cool and promises to make your weekend at The Mountaineer even more fun. Click HERE for more info on the Adventure On! Freedom Festival.

Now, don’t let all this beauty and fun distract you from the fact that this isn’t one of the easier courses of the GNCC series. In fact, behind Snowshoe, this just might be the next toughest event of the season. The rocks don’t endlessly beat on you like they do at Snowshoe, but the breaks between rocks are few and far between, especially considering once you make it into the woods, much of this racecourse is simply in the woods. There are very few open sections other than the little bit of field leading to and from the finish line, and the woods do feature several long, rocky and challenging uphill sections with more rocks between these areas as well.

While it might be tough, the course is still a fun one. So, between the festival, the beautiful facility and a fun but challenging racecourse The Mountaineer not only promises to be a really fun weekend of GNCC Racing but also a perfect way to kick things off out of the summer break. In addition to everything we’ve already mentioned, the Summit Bechtel Reserve will also have some of their various activities open for an additional fee. On top of that, WVU Basketball star Jalen Bridges will be in attendance to sign some autographs and enjoy the race. Jalen is incredibly talented and a super nice guy, and it’s a huge possibility that you’ll see him in the NBA one day, so take this opportunity to meet a future superstar in his youth. We’ll have all the details on the activities and autographs finalized soon and updated on the event page, so stay tuned!

Once The Mountaineer is in the books, we’re headed back to High Point Raceway for the 31st annual Big Dave Vet Homecoming. This is always a really, really fun weekend full of racing, vintage contests, old movies, and just generally good times. As usual, Saturday will feature GP racing on a hybrid mix of motocross, grass track and woods sections while Sunday is dedicated to motocross. Of course, don’t let the event title fool you. While this weekend is definitely geared toward the Vet riders, there are classes available for everyone, so check out the event page HERE for more info. We’re still finalizing some of the details, and info will be updated over the coming days so keep checking back for some of the exact details.

Now, the Vet Homecoming is a motorcycle-only event but it’s incredibly laid back, pays no points to any series, and is all about fun. So, if you’re a quad rider that has access to a bike, come out and join in on the fun too! Or, just simply come out and hang out with everyone. Not only is there some cool racing to watch, but there are also a lot of awesome vintage bikes to look at in addition to vintage gear, programs, posters, signage and much more. Even if you’re not much of a motocrosser, don’t be afraid to come out and ride on Sunday as well. There are plenty of guys, like me, who only ride a little bit of motocross here and there who get out there and race as well. I can’t stress how much fun this weekend is, so come join in on the good times!

As we mentioned last week, our friends in Waverly, Tennessee and the Humphreys County area were recently devastated by flooding. This area has close ties to the motorcycle industry as the county is home to Loretta Lynn’s Ranch, and they have welcomed the Amateur Motocross National for 40 years now, and for many years also welcomed us GNCC racers as well. For a town of less than 5,000 residents to more than double in size for multiple weeks each year is a big ask, but the folks of Waverly do it with open arms. While we currently don’t visit Loretta Lynn’s Ranch as part of the GNCC series, it still has a long history with GNCC Racing and a return is never totally out of the question.

A lot of folks lost everything they have, and some folks even lost their lives. However, one thing we know about this area is that the folks in Humphreys County are not quitters. They’re strong, smart, hardworking people who aren’t the type to just roll over and give up. They’ll heal, rebuild, and get back to normal eventually but this is going to take quite some time. This is also a great time for us, the motorcycle industry, to give back to the people who have helped us so much. Working with our friends from Road 2 Recovery, you can donate to the Racers 4 Waverly program HERE. This goes directly to helping rebuild the community and a number of folks are pitching in for various eBay auctions, raffles and more that will be announced soon.

Moving onto some international news, the ISDE is happening this week and things are pretty tight! We’re now four days in out of six days and it’s the home team of Italy leading the way in the World Trophy. Spain sits five minutes and one second behind in second, while USA is third at seven minutes and one second behind Italy. It’s a tough deficit to fight out of, but there’s still two days of racing left and anything can happen. As for the Junior Trophy, Italy also leads there with France second, Sweden third and USA dropping to fourth. On the bright side, the US Women’s team leads the Women’s World Trophy over Great Britain and Spain, so good luck to those ladies and fingers crossed they hold that lead through the final two days.

This year’s ISDE seems to have a more low-key vibe and a little less excitement than the last few years. It’s sort of unfortunate to see as these guys and gals really need all the encouragement they can get. They really are up against some incredibly tough competition who has really stepped up their game since the last running of the ISDE back in 2019. It’s not over until it’s over, but the US World Trophy team really would need to capitalize on some unfortunate luck by the Italian and Spanish teams to pull off another win. If it doesn’t happen, so be it, these guys still have done incredibly well and hopefully next year turns out to be even better.

That’s about all I have for this week. In next week’s edition of Quick Fill we’ll have the low down on what to expect out on the track at The Mountaineer, plus what to expect off-track as well. Until then, enjoy your long weekend and we’ll see you next week!