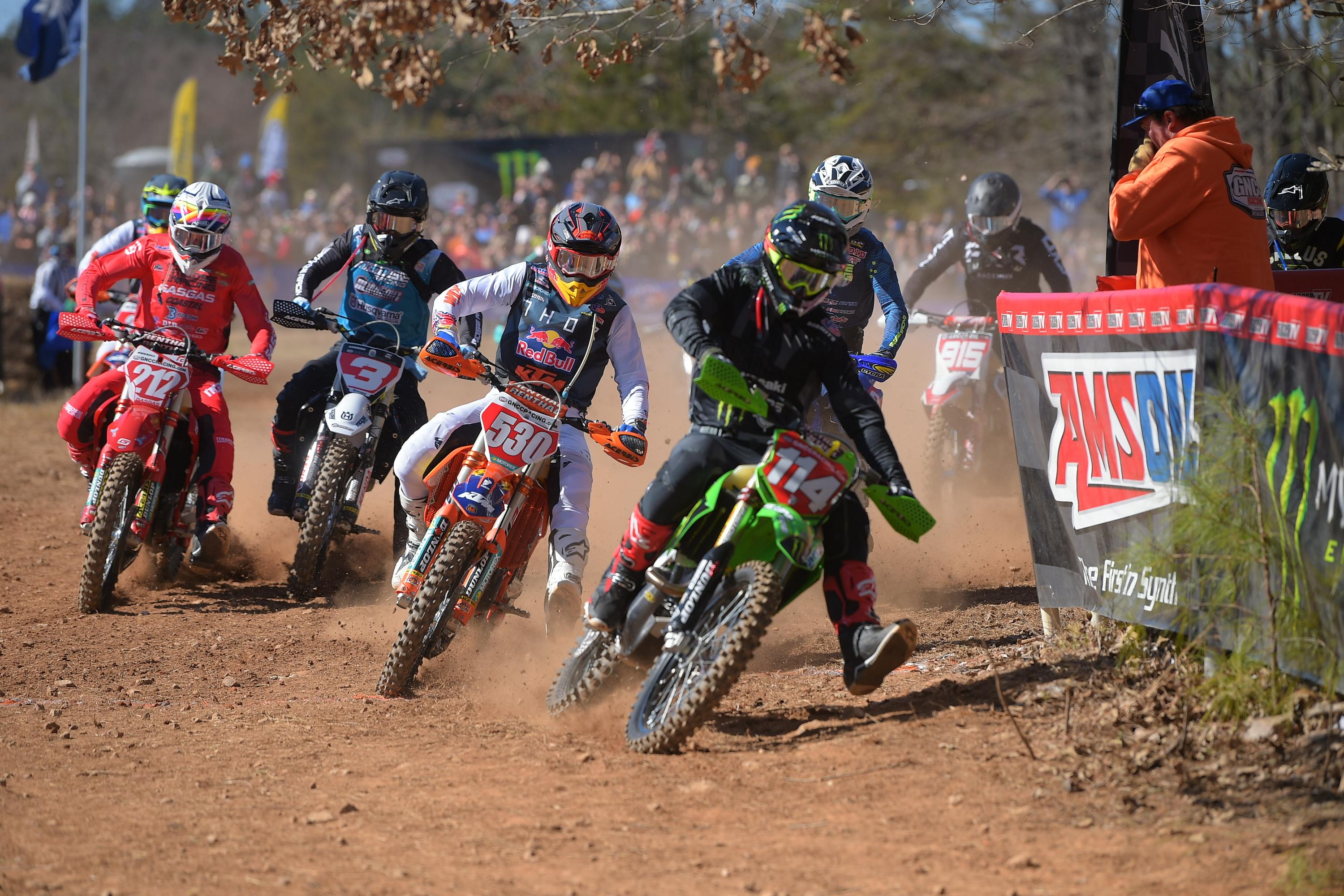 Well, it’s been a little while! Not only has the summer break continued, but things have also been a little slow on the Quick Fill front as well. Things have been non-stop, wide open, all summer long here but we’re back this week and want to go through a quick recap of what has been going on that has kept the Quick Fill happenings a bit on the slow side. With that said, things are still non-stop, wide open here as we’re getting ready for the Pro Motocross race at Ironman this weekend. So, let’s run through that and talk about a few other tidbits before wrapping this thing up.

First off, we’re still fairly fresh out of Loretta Lynn’s but if you haven’t heard the area was devastated with severe flash flooding last weekend. Not only was Loretta Lynn’s Ranch itself hit pretty hard but the nearby town of Waverly was hit very hard as well. The town of Waverly and Humphreys County as a whole have always welcomed us, the Amateur Motocross plus ATV Motocross and for many years the GNCC crowds, for 40 years now. With the terrible flooding, now is our chance to give back to the folks who have helped us out for many years. Racers 4 Waverly is our call to action to help those effected by the flooding. Check out all the details HERE and it also includes a link through the folks at Road 2 Recovery that is the best way to help.

If you’re able to pitch in and help the folks in Waverly, please do. While we don’t currently host a GNCC event at the ranch, it still has hosted more events than any other GNCC venue and its never impossible to see a GNCC return to the ranch. The folks in Humphreys County are very supportive of all types of racing and they’re always willing to jump in and lend us a hand when we need it. Plus, any community that so openly welcomes a huge number of racers into their otherwise small community is pretty darn cool to see. These are great folks in that area, and there’s no doubt they’ll bounce back and recover, but they’re definitely going to need a little help doing so.

Moving along, next week sees the International Six Days Enduro kick off in Italy and as usual there’s a number of top GNCC talent taking part in the event. This year’s US World Trophy team consists of Ryan Sipes, Taylor Robert, Layne Michael and Johnny Girroir. These guys come in as a favorite but they have some tough competition, especially in the form of the ‘home team’ as Italy has a strong roster as well. The Junior Team consists of Cody Barnes, Dante Oliveria and Austin Walton, who look to be pretty strong contenders as well while Rachel Gutish, Brandy Richards and Britney Gallegos make up an equally strong women’s team. There are also some familiar GNCC names on the Club Teams as well including Tanner Whipple, Grady Faint, Cade Henderson, and Tyler Vore in addition to a whole slew of off-road talent.

We’ll have more details on the teams’ progress as they work through next week. The ISDE is always pretty exciting to watch unfold, and this year promises to produce some tight competition as well. After missing last year’s event due to COVID, there’s a number of other countries who are looking to take that World Trophy, and with six days of racing, anything can happen. While a first look at the full rider rosters may leave you scratching your head thinking there’s a lot of really fast riders missing, including the entire Australian team, there is still a ton of super fast guys who will keep the racing pretty tight.

Once that’s over with, it’s time to get back to GNCC Racing! Yes, we’re just now around two weeks away from kicking things back off when we roll into the Summit Bechtel Reserve for the Mountaineer in Beckley, WV. Don’t forget that the Adventure On! Freedom Festival will be taking place throughout the weekend as well, which includes a concert by country band Lonestar, so this promises to be pretty darn cool weekend. For more details just check out the event page HERE.

As I mentioned earlier, this weekend is the Pro Motocross event at Ironman, so we’re going to keep this week’s edition of Quick Fill on the short side so we can get back to work making the event happen. If you’re looking for something to do this weekend, come on out to Ironman! The Pro Motocross racing has been awesome this summer and with their series winding down, I’d expect it to just get even better. That’s all I’ve got, enjoy your weekend and we’ll see you back here next week!