Call to Action:
Vote Now for the AMA Motorcycle Hall of Fame - Class of 2021 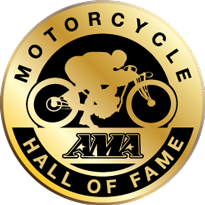 Voting for the AMA Motorcycle Hall of Fame, Class of 2021, is now open. Eligible voters include AMA Charter Life Members.

An email ballot was issued earlier today to eligible voters.

If you are an AMA Charter Life Member and did not receive an email ballot today, please use this link to vote: https://americanmotorcyclist.com/hof-vote-verify

You will need to set up an account and log-in in order to vote.

For the disciplines of motocross, supercross, and off-road racing, the following remarkable individuals are among this year’s nominees:

Loretta Lynn:
The 40-year hostess of the AMA Amateur National Motocross Championship at Loretta Lynn Ranch (since 1982), the world’s most famous amateur motorcycle event, as well as numerous other road and off-road motorcycle events, and of course, the Queen of Country Music.

How to Vote:
If you are an AMA Charter Life Member (you have been an AMA member for 25 consecutive years), you must have up-to-date contact information on file with the AMA for access to the electronic ballot. Update your email with the AMA today by emailing [email protected] with “Contact Information Update” in the subject line. Then, once you receive the invitation to vote, VOTE!