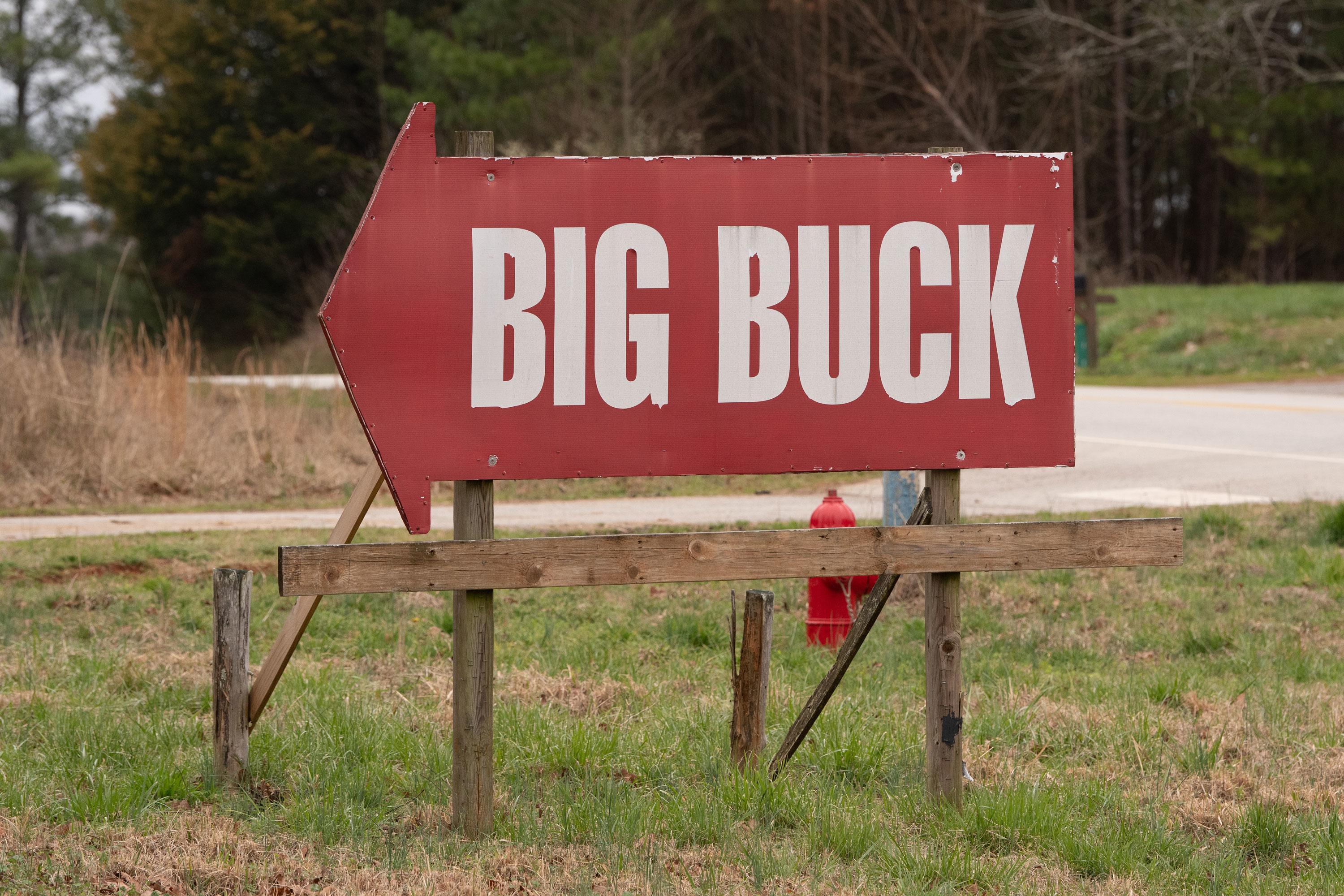 Quick Fill #8: This Week in GNCC

We’re going racing! Big Buck is on for this weekend and you wouldn’t believe how lucky we’ve gotten all week long. People have been wondering how muddy it is and as of Thursday morning, it’s actually really good! There is a bit of rain forecasted throughout the day Thursday but they’ve changed what they’re calling for in terms of the total rainfall amount and it doesn’t sound like it will be very much. We’ve got our fingers crossed that holds true! We’ve dodged bullets all week long with the rain, as each time it’s rained in the area the track has faired pretty well and taken the rainfall really well also.

Our friends with the Mideast Hare Scramble Series had a race just a few miles down the road from Big Buck last weekend and the big talk was how muddy it got on Sunday. However, conditions were really good for their ATV race on Saturday and one thing to consider compared to Big Buck is that ATV race pushed off all the leaves, pine needles, grass and anything else covering the dirt and at the end of the day there was raw dirt left. The rain came on Sunday and hit that raw dirt, which made for some sloppy conditions. However, the thing to keep in mind at Big Buck is that it hasn’t been ridden so it’s had plenty of fall leaves and pine needles keeping a lot of that rain off the ground.

It’s also been a bit hard packed, so that rain really didn’t have the opportunity to soak in very much. As long as conditions are looking good for it, there are plans to doze some of the trails tomorrow (Friday) and we’ll ultimately hit some dry dirt. This could be pretty awesome come the weekend and we could possibly see a little dust by Sunday, but the cold temperatures will help keep moisture in the soil.

So, in a nutshell, we’ve got a great weekend of racing coming up and we’ve got our fingers crossed that the rain forecasted for today (Thursday) stays to a minimal amount. With that said, we’re going to keep this week’s edition of Quick Fill on the “quick” side as we’re hard at it getting ready for Big Buck. As usual, I’ll have the lowdown on the track at the end of this week’s Quick Fill. Get ready; it’s almost time to go racing. Enjoy your trip and we’ll see you at Big Buck!

Are you ready to go racing? I know I am! I was over at the track Wednesday after a deluge of rain overnight and it really wasn’t all that bad. The weather is turning cold as we head into the weekend so I hope that firms up things enough to takeout many issues normally faced at a mudder. I caught the landowner out and about and asked Mr. Henry what his thoughts were. He gave an ear-to-ear grin and stated that he knew where the soft spots were so he wasn’t going to have any problems! The follow up conversation had us laughing as he recalled many “walks” out of this property when he was learning where those soft spots are. At 78, Henry is a hoot to talk with and not only does he love racing, he cares deeply for his property but showed no problem or had no reservations about a potentially wet one as long as everyone had fun.

It was uncanny that he mentioned the fun aspect of all of this because for many, that is the sole reason for the money and time invested, the travel and time away from work and home. I even mentioned in a conversation just yesterday about having fun and not stressing so much and to leave that to the Pro teams and anyone who has that goal in mind. With the advent of social media, instant information can further the levels that leave any fun way down the list of reasons why we race.

Sure, it is work and we all love competition but for the majority whether they see it now or not, fun is what they will remember years from now even if a particular race or season just doesn’t workout the way they had wanted. That is not to say that moments of problems wont make the cut in the memory department but those kind of rough day stories always seem to find their way into chats and even at their worst, those times fade to laughs and smiles! With that said; try to have some fun this season and enjoy it all year long.

I believe I am on day eight of this first trip down south that had me in Florida for a few days where the weather was mint. You never really know how things are going until you see and hear it in person and for the riders and teams I spoke with it was full speed ahead. Others, especially on the ATV side of things aren’t as ready as they would like to be as parts are slow coming in forcing last minute wrenching and hopefully testing before we officially start the 2020 season. It seems many did not know Chris Borich would be on a Phoenix Racing Honda this season as it has kind of been a slow, under the radar kind of thing or it would seem.

No one knows how the switch will work out as we have seen riders change brands over the years but the team aspect may be a big boost for Borich. Of course with any new program there are usually a few issues that get ironed out as they arise but the formidable Honda TRX 450R is well known and the Phoenix Racing team knows how to make them near bulletproof. What that means for the XC1 class is yet to be seen but it makes it an added element for all the fans to watch. Returning multi time XC1 Pro champion Walker Fowler will once again be the racer most expected to lead the charge in the new season and super ace wrench Mark Notman will be back in the pits making sure his Yamaha is unto the task of going after another championship.

Beyond Fowler, it is anyone’s guess who will be making repeated runs for a podium finish. There are now several that can battle for a top spot as veterans like McClure, McGill and others will find the young guns aiming for them including Hunter Hart who probably has the biggest smile in all of racing. Brycen Neal will surely be a threat and if he can find the magic mid season to keep in the podium fight, this could be his best season yet. In just a few days we find out who is bringing what to the battle that’s brewing.

That is all from me this week as I get a day to be lazy before another season GNCC racing gets underway. As always, be safe in all you do and may the good Lord continue to bless us all.

This year’s Big Buck course is one for the ages! This is probably the longest Big Buck course we’ve ever had and as long as Mother Nature grants us with some good luck in regards to the weather, this has the potential to be one of the most fun opening rounds of all-time. I know I’m pretty excited to get things rolling and I’m sure many of you are as well. So, let’s take a look at what to expect out on the course this weekend.

We’ll discuss this in terms of a full lap. You’re starting at the end of the lap, running a bit of woods and bypassing the finish line the first time through, so we’ll pick it up from the finish line back around. You’ll head out through a bit of trackside pitting that weaves in and out of some woods sections all the way to the one-mile mark. From there, you’ll drop into the woods for quite some time. You’ll wind through some medium speed trail, then the bikes will split off and use a small bit of the practice track to get over to some tighter bike-only trail to the two-mile mark. The quads will actually miss the two-mile marker and continue on to where the two courses merge together around the 2.3.

This section will be tight on an ATV and good, flowing trail for the bikes all the way to the three-mile mark. It gets a bit faster from the three to the four with some cool ups and downs throw in as well. After the four you begin working your way out to the furthest point of the property and have a good hillclimb out of the valley. This brings you over to the five-mile marker and through some medium speed trail to the six. After the six, there are a few more little up and downhills with some cool dips all the way over to a tight pine tree section.

The bikes will split off again and run a tight single track to the seven-mile marker before merging together with the ATV trail. You’ll pop into a short field section below the finish, and then back into the woods again with some more flowing trail to the eight-mile mark. After the eight the afternoon races head to the hillclimb, up the hill and back down to the creek jump before leading you into a tighter section for a bit. You’ll pop out on a faster trail to the nine-mile mark that continues around through some more flowing trails with some gently rolling hills here and there.

From there, you’ll hit the ten-mile mark and into another mix of trail that has some tight sections and some fast patches. The bikes will peel off again a bit before the 11-mile mark and run another single-track section that opens up near the end through a small rocky area. This drops onto a faster trail to the 11-mile mark before zigzagging around through some rocky areas before dropping off a hill into a slightly slower section.

You’ll then run up and down between some deep ravines before hitting the 12-mile mark. You’ll head through a short field section, then back into the woods and over to the ATV pro pits. After pro pits, you’ll run some faster trail over to the bike pro pits, then to the 13-mile mark. After the 13 you’re hitting some flowing trails that eventually tighten up a little, then gets just a bit faster as you pass the 14-mile mark and pop out into the finish line area.

Yes, I realize I flew through that but it is such a cool track that you’ll just have to come check it out for yourself! The morning races will cut off a few sections with the morning quads running somewhere around a total of 10 miles, PM quads around 12 miles, AM bikes just shy of 12 miles and PM bikes at 14.3 miles. So, here’s to hoping the weather cooperates and we have a great weekend of racing!