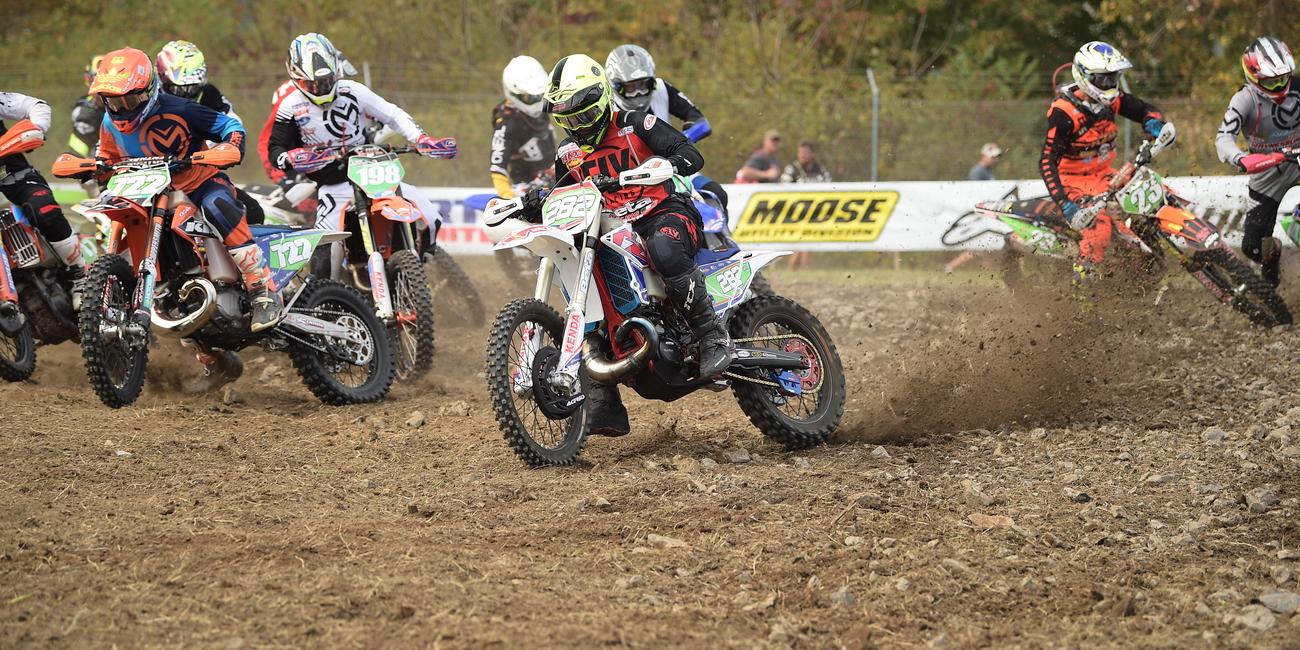 Another week has clicked by as we begin to roll on through the off-season and work our way closer to the kick off of the 2020 GNCC Racing season. Last week I talked about how we were excited to get the season rolling, and at that point we were still riding the wave of the Holidays. Now, a week later, we’re full force in making preparations for the 2020 season and this makes things even more exciting! In addition to the traditional type of organizing things for the various events of the upcoming season, we’ve also just started work on the 2020 GNCC Souvenir Program and it’s looking to be another cool addition to your collection!

Last week I talked about all the various upcoming races that are going on leading up to the opening round of the 2020 GNCC Racing season. Instead of rehashing all that info, you can look at last week’s edition of Quick Fill HERE to catch the info on those races. Early on I mention the Hangover Hare Scramble, which actually took place last weekend. I decided to go out and do some racing there and the event was a blast! It was also really cool to see a number of familiar faces from the GNCC crowd, and the event also drew a really unique mix. Not only were there some GNCC regulars in attendance, there were also a lot of folks from both the ECEA series, which races in the New Jersey and Eastern Pennsylvania/New York areas, as well as a lot of riders from the Virginia Hare Scramble and Virginia Cross Country Series.

This was a pretty unique mix as lot of riders who may not normally race against each other had the opportunity to do so! I had a blast out on the track. I actually hadn’t ridden since the 2020 Yamaha YZ125X and YZ250FX introduction back in November, and hadn’t ridden my new bike at all, so the whole race consisted of me trying to get back used to riding and shake down the new bike. It turned out to be the perfect track for it as there was a really cool mix of faster trails, tight trails and some technical areas as well. This good mix gave me a chance to feel out the bike and is showing me what little tweaks I need to make for those long weekends of GNCC sweep riding this coming season!

Before we keep going with this week’s edition of Quick Fill we want to let everyone know to be on the look out for some stolen bikes! There were a total of five bikes, plus gear, bicycles and tools stolen from the Whitmer family’s garage in southwestern Pennsylvania. Be on the lookout for two 2020 Husqvarna TC85s, two 2019 Husqvarna TC250s and a 2019 Yamaha YZ250. The Whitmers have been involved in GNCC for a long time, with Doug Whitmer once racing in the Pro ATV ranks before serving as Barry Hawk’s bike mechanic for a number of years, and the past few years they’ve been back at the races with Doug’s sons Cole and Lane racing. If you see or hear of anything, you can find Doug on Facebook or even just contact me directly at [email protected] and I can put you in touch with Doug.

That’s going to do it for the introduction this week. As promised, we’ll start recapping the races from the 2019 season and continue that throughout the next few weeks leading up to the beginning of the 2020 season. Until next week, enjoy your weekend and we hope you get in some riding!

The 2019 GNCC Racing season kicked out a little later than planned due to torrential rainfall forcing the cancellation of the opening round at Big Buck. With this change, the opening round would return to Florida for the first time since 2016 and made for a unique feel after the Wild Boar course had served as round two for a few seasons. On the ATV side, the opening lap of the 2019 GNCC Racing season was an exciting one as Adam McGill led the way with Walker Fowler coming through all the way back in the ninth place position. However, Fowler put on a charge on the second lap to work his way all the way into the lead and would hold it to the checkered flag.

At the end of the day, the opening round of the 2019 season seemed to pick back up where the 2018 season left off as Walker Fowler would cruise to the win. Cole Richardson would have a solid opening round ending the day in second place while Chris Borich fought his way through the pack to finish on the podium in third. McGill had some issues on the final lap that dropped him from second place to fourth while Hunter Hart would round out the top five.

On the bike side, it would be one of the most memorable races of the season. Steward Baylor came out swinging with the motivation of establishing himself as one of the top guys to watch in the 2020 season. Baylor would put in an incredibly impressive ride and keep both Kailub Russell and Thad Duvall behind him to run away with the overall win. Traditionally, Russell and Duvall are able to push their way into the lead in the final stages of the race but not at the Wild Boar! Stu was on top of his game and ended the day nearly two minutes ahead of Kailub Russell and Thad Duvall, who would round out the top three. Trevor Bollinger would ride to a solid fourth place finish while Josh Toth ended up fifth place in his XC1 debut.

In the XC2 class, Ben Kelley would come into the 2019 season as the defending XC2 class champion. Little did we know at this point the season that Ben would eventually put together, but a commanding XC2 class win in Florida and solid fourth place overall would be a teaser of the kind of performances we would come to expect out of Kelley. Trail Jesters’ Johnny Girroir would end up in second place with Mike Witkowski in third while Evan Smith and Tegan Temple rounded out the top five of the XC2 class.

With round one in the books, the series would head to Georgia the very next weekend for The General GNCC for yet another exciting round of GNCC and the first round of the Specialized Turbo eMTB GNCC National Championship. The ATV race would see a similar story to the opening round but this time Walker Fowler would hold the lead from beginning to end to take the overall win. Adam McGill would be the one fighting his way through the pack, coming from fifth place on the opening lap to end the day in the second place position while Chris Borich would land yet another podium finish in third. Meanwhile, Cole Richardson and Brycen Neal would round out the top five, respectively.

At the conclusion of the ATV race, the eMTB’s would take to the track for the first time in the 2019 season and for the first time ever as part of a GNCC championship series. Charlie Mullins would put in a commanding performance to lead the race wire to wire and take the XC1 eMTB win ahead of Nat Ross and Kyle Warner. The big surprise came from Seth Stevens, who was racing the Youth class and actually finished an impressive second place overall. After this round, Seth made the jump to the pro class to mix it up with the big boys and make the racing even more intense!

On the bike side, The General would see a close battle between Kailub Russell and Trevor Bollinger for the overall win. In the later stages of the race, Thad Duvall would also mix it up with the lead duo to make it a three-rider battle for the race win. This made for one of the most exciting races of the season but in the end Kailub Russell was able to hold on for the win, just around 13 seconds over Bollinger with Duvall rounding out the podium in third. Steward Baylor and Josh Strang would put in solid rides of their own to round out the top five.

Ben Kelley would put together another dominating performance in the XC2 class to take the win by just over two minutes ahead of Evan Smith. Smith would battle throughout the race with Johnny Girroir, with Mike Witkowski challenging both of these riders as well. These guys put together an exciting XC2 race where Smith would end up second with Girroir, Witkowski and Ryder Lafferty rounding out the top five of the XC2 class.

With two rounds down, the season was already shaping up to be an exciting one. Be sure to check back next week where we’ll continue recapping the season as we head to the mountains of North Carolina for the always-popular Steele Creek GNCC!