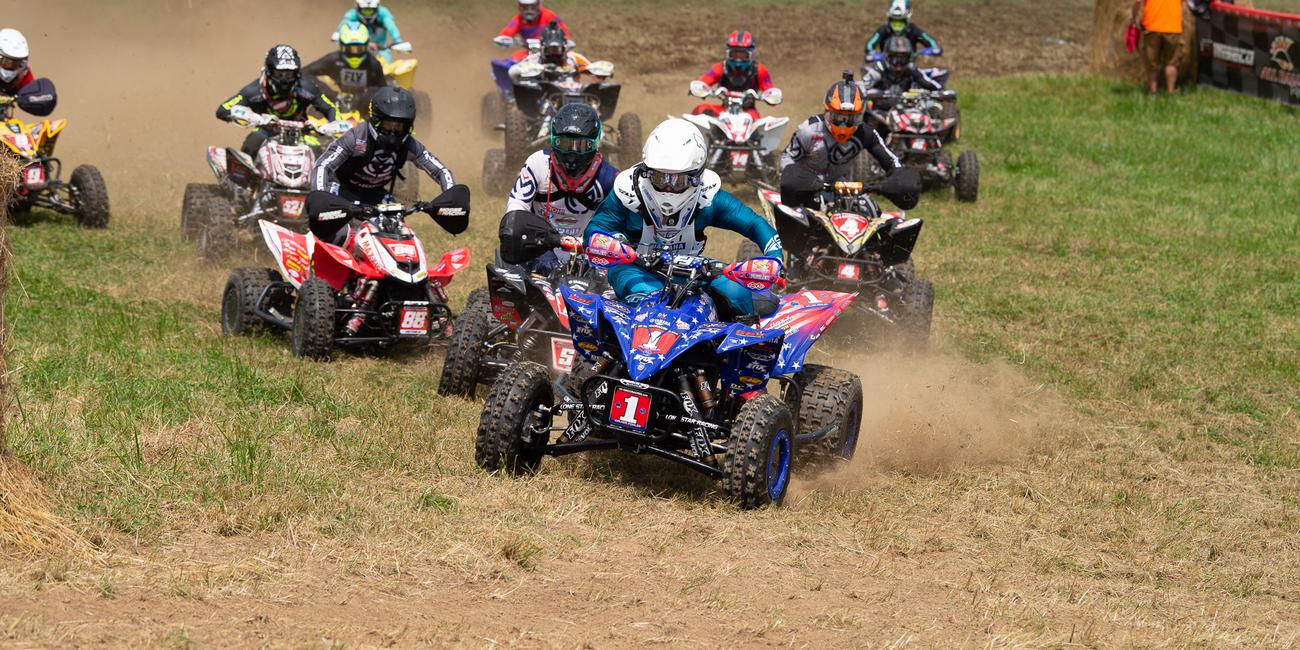 MORGANTOWN, W.Va. (September 12, 2019) – The 2019 AMSOIL Grand National Cross Country (GNCC) Series presented by Specialized, an AMA National Championship, is set to get back underway this weekend, September 14 and 15, in Harpursville, New York for the Inaugural Parts Unlimited Black Sky GNCC.

After taking the round nine win in Pennsylvania before the summer break, WFR/GBC/Fly Racing/Yamaha’s Walker Fowler is looking to return to the center of the podium at another all-new venue this weekend. Fowler has earned seven wins thus far in the season, and will look to earn his eighth on Saturday afternoon. Fowler currently holds the number one spot in the National Championship points standings, and with four rounds remaining he is hoping to continue adding to his points lead.

Maxxis/Fly Racing/Ye Olde Cycle Barn’s Chris Borich came in second back in July before the summer break, but not after battling hard throughout the race in Pennsylvania. Even though Borich hails from Pennsylvania, this round is only 2.5 hours away from his hometown, which means the Borich crew will be in full-force come Saturday afternoon. Borich will aim to earn his second overall win of the season, and continue pushing towards his 80th overall win.

Coming through in third at the previous round was Yamaha/AmPro/Action Off-Road/GBC’s Cole Richardson. This season Richardson has yet to earn an overall win, but this weekend he will be aiming to land in the center of the podium. Richardson earned an overall win last season, and has been running in the top five at majority of the races this season. He will definitely be one to keep an eye on this weekend.

LanMills XC/CST Tires/Houser/Yamaha’s Brycen Neal currently sits third in the points standings, but came through fourth at round nine. On Saturday Neal is hoping to earn his second overall win of the season in New York. JMR/Maxxis/Elka/Moose Racing’s Jarrod McClure comes into this round hopeful to land on the podium. McClure has been having an up-and-down year thus far, but is looking to turn that around at the last four events starting this weekend.

Heading into New York, Ryland Johnson Racing/GBC Motorsports/Ye Olde Cycle Barn’s Westley Wolfe is looking to battle for top five overall finish. Wolfe finished sixth at the previous round, before summer break, and is looking to push himself during the last half of the season. New York native, Spider Graphix/GBC Motorsports/Moose Racing’s Martin Christofferson is eager for a home state race this weekend. Christofferson has steadily been moving up through the pack, and has hopes of breaking into the top five in front of his family and friends.

GBC/Fly Racing/HMF/Yamaha’s Johnny Gallagher rounds out the top 10 overall in the points standings, and will be looking to push himself during the last four rounds of the 2019 season. OBOR/Moose Racing/Parts Unlimited/McGill Mafia’s Adam McGill did not have the race he hoped for at round nine, and this weekend he will look to redeem himself. McGill is hoping to clinch her first overall win of the season, and move up from his fifth place position in the points.

Another New York native-duo racing in the XC1 Pro class this Saturday will be Custom Axis/Gold Speed/Houser Racing’s Greg Covert and M.R. Unlimited/GBC Tires/RJR’s Devon Feehan. Covert and Feehan had both had their fair share of complications at one point in the season, with Feehan returning this weekend from an injury. These two will both look to break into the top 10 overall in front of their home state families and friends.

Leading the way in the XC2 Pro-Am class is Pierce Performance/Maxxis/Waynesburg Yamaha’s John Glauda Jr. However, LanMills XC/CST Tires/Moose Racing’s Drew Landers is sitting second. These two have been battling it out all season, and are both looking to stop up the competition for the last four rounds of racing.

For a full list of special events and information on this weekend’s Parts Unlimited Black Sky GNCC, click HERE. This event is co-sanctioned with our friends at the New York Off-Road Association (NYOA).